On February 26, NIA raided seven locations in Kashmir in connection with its terror funding probe. These included premises associated with separatist leaders, including Mirwaiz and Yasin Malik. 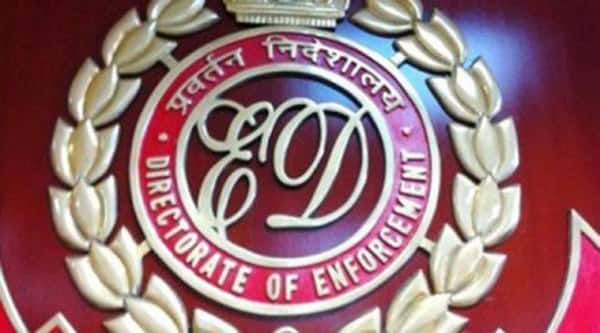 Sources said the ED has almost completed its money laundering probe and is now in the process of identifying properties belonging to some of them. (Logo)

Days after the NIA carried out searches on premises associated with Kashmiri separatists, the ED is now likely to attach properties belonging to some of them. The ED is probing a case of alleged money laundering against the separatists based on an NIA FIR that alleged their activities were being funded by money from Pakistan-based terror groups.

Sources said the ED has almost completed its money laundering probe and is now in the process of identifying properties belonging to some of them. “We will soon file a prosecution complaint in the case. We have identified properties belonging to accused such as Zahoor Watali and some others associated with Syed Ali Shah Geelani and Mirwaiz Umar Farooq. Watali is the key conduit between separatists and outfits in Pakistan. These properties will be attached in due course,” an ED official said.

Central agencies had identified several properties belonging to separatists associated with the Hurriyat Conference directly or indirectly. These were in the process of being verified, said sources. These include malls, office complexes, residential spaces, bungalows, flats, partnership in companies, stone quarries and vast tracts of land. Most of these properties are located in Kashmir and some are in Delhi in areas such as Khirki Village and Vasant Kunj.