Each minister must have a 5-year plan: PM Modi to Cabinet

“Prime Minister’s vision, implementation and monitoring is very robust,” one of the sources said, suggesting that ministers have to be conscious about these parameters while drawing up five-year visions for their ministries. 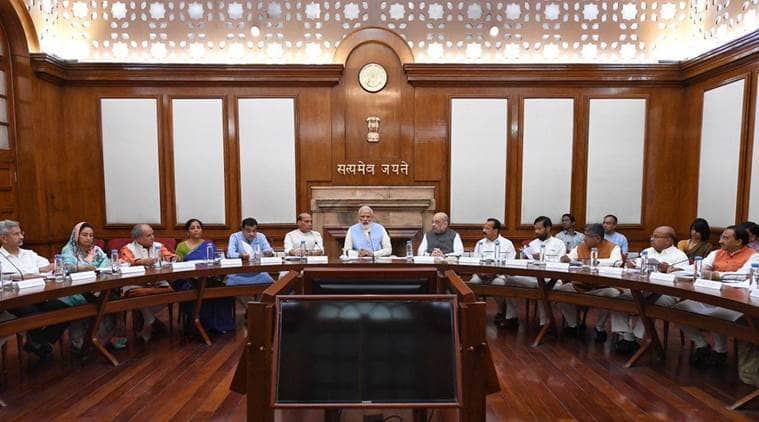 Narendra Modi with his council of ministers.

In one of the first assignments to his colleagues, Prime Minister Narendra Modi is learnt to have asked all ministers to draw up five-year vision plans for their respective ministries. He conveyed this at the first meeting of the Union Cabinet on May 31, a day after the swearing-in of the new government.

“Prime Minister desired focus on a sound vision for five years in every department,” a source said. Another source said “Prime Minister wanted every minister to prepare a five-year plan for ministries to work on”. This, sources said, will be in addition to the plan of action for the first 100 days, prepared by the ministries at the behest of the PMO during the course of the Lok Sabha election campaign.

The idea seems to be forcing ministers to draw up holistic plans for the next five years in their respective sectors and avoid any piecemeal approach. Though it is the usual task of the government to deal with issues as and when they arise, the Prime Minister’s direction also appeared intended to induce his colleagues not only to step beyond reacting to issues, but also steer their ministries with clearly defined objectives with the five-year horizon in mind.

“Prime Minister’s vision, implementation and monitoring is very robust,” one of the sources said, suggesting that ministers have to be conscious about these parameters while drawing up five-year visions for their ministries.

Some of the objectives for the government have been outlined in the BJP’s Sankalp Patra released during the Lok Sabha election campaign. Items from the manifesto, consequently, are expected to figure in the five-year vision for respective ministries. But they are not supposed to be the end-all because ministers will have to undertake a holistic view of their turf after taking charge.

“Though the same party has returned to the power, it has to demonstrate new energy, new focus and new earnestness through its actions,” a source said, underlining that the new government wants to hit the ground running in a structured manner.

Sources referred to the decisions at the first Cabinet meeting as a reflection of the approach of the government that has returned to power with enhanced mandate.

At its first meeting, the Cabinet took three decisions, honouring three ideas outlined by the BJP in its Sankalp Patra. The government decided to extend the cash support to farmers under the PM-KISAN Scheme to all eligible farmer families irrespective of the size of their land holdings.