At e-auction of PM’s mementos, sports gear of Olympians get highest bids 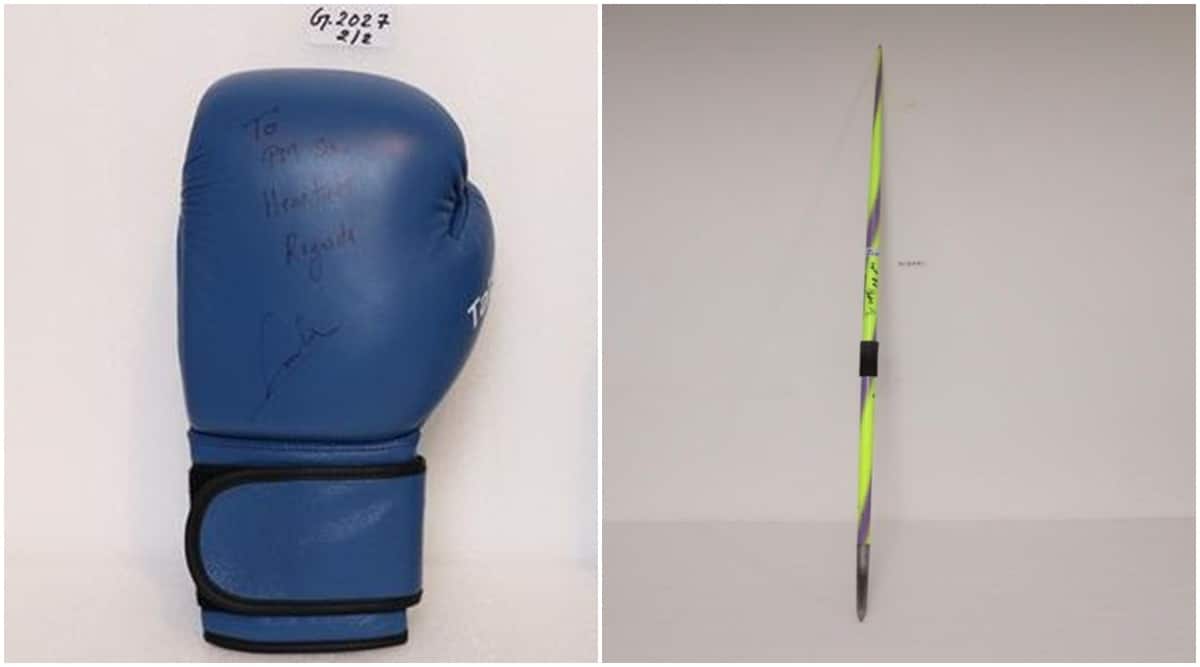 Olympic bronze medalist Lovlina Borgohain’s boxing gloves and gold medalist Neeraj Chopra’s javelin are among the items that have received the highest bids at an e-auction of gifts and mementos received by the Prime Minister.

The bid for Paralympics gold medalist Sumit Antil’s javelin, which also started at Rs 1 crore like Chopra’s javelin, has gone up to Rs 1,00,07,000, as per the official auction website.

On the block are as many as 1,300 items. These include the t-shirt worn by paralympic shooter Avani Lakhera (with a base price of Rs 15 lakh), a stole bearing the signatures of Tokyo Olympic players (base price of Rs 90 lakh), the sabre used by fencer Bhavani Devi, the hockey sticks of the the women’s and men’s Olympic teams, and an autographed racket which P.V. Sindhu used to win the bronze medal.

The proceeds from the e-auction will go towards the Namami Gange Mission aimed at conserving and rejuvenating the Ganga.
Also up for auction are models of prominent buildings, sculptures, paintings and souvenirs that the Prime Minister received from visiting dignitaries and during important functions over the last two years.

Within a few hours of the auction opening, the racquet that Noida DM and paralympian Suhas LY presented to the PM received a bid of Rs 10 crore. Soon after, the Ministry removed the exaggerated bid for the object that has a base price of Rs 50 lakh.

At the last such auction, in September 2019, as many as 2,770 objects went under the hammer. These included paintings, sculptures, shawls, jackets and traditional musical instruments. The proceeds were donated to the Namami Gange Mission.

Even as there was a physical display of limited items from the lot at the National Gallery of Modern Art in 2019, officials say the auction is completely virtual this time even as it is being managed by NGMA. Individuals and organisations can participate through the website pmmementos.gov.in till October 7. After the auction ends, the ministry will notify the highest bidders through email.