The situation has led to suggestions in two Supreme Court reports to increase the judicial manpower, at least seven times, to overcome the crisis by appointing about 15,000 more judges in the coming few years. 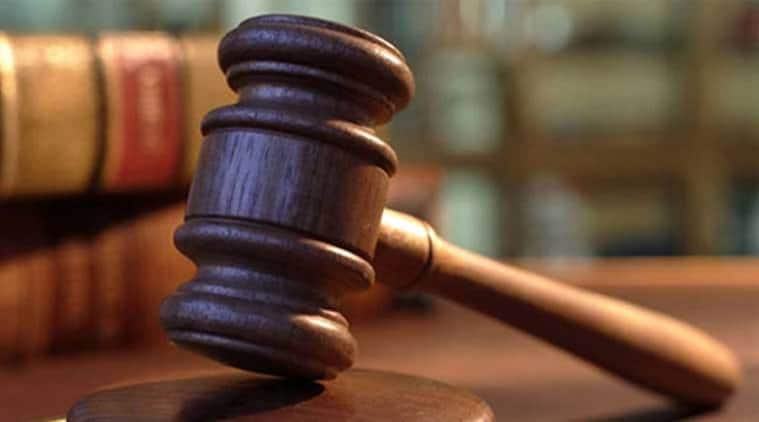 Data showed that district courts across the country are grappling with a backlog of 2,81,25,066 civil and criminal cases in the period between July 1, 2015 to June 30, 2016. Image for representational purposes.

In an alarming scenario, a whopping 2.8 crore cases are pending in district courts across the country which are short of nearly 5,000 judicial officers. The situation has led to suggestions in two Supreme Court reports to increase the judicial manpower “manifold” — at least seven times — to overcome the crisis by appointing about 15,000 more judges in the coming few years. The suggestions and some sharp remarks came out in two reports issued by the Supreme Court — ‘Indian Judiciary Annual Report 2015-2016’ and ‘Subordinate Courts of India: A Report on Access to Justice 2016’– which also highlighted that nearly 15,000 more judges would be required in next three year to overcome this critical situation.

Watch What Else Is Making News:

One of the key reasons for the huge figure of pending litigation is the shortage of judges in subordinate courts which is “a cause of concern”, as there are 4,954 judges’ posts vacant when the sanctioned strength of judicial officers was 21,324, the report on subordinate courts said.

“Based on the study and keeping in mind the future growth in institution of cases, it is found that the present judge strength is insufficient to deal with a huge figure of pendency of cases, which is a cause of concern.

“Additional judicial manpower and support staff, as well as infrastructure is required immediately to handle the situation,” the report said. In the backdrop of the tussle between the judiciary and the executive over appointments of judges and infrastructure, the report came out with sharp remarks over the failure of the government in dealing with these issues.

“The immediate requirement itself shows that enough has not been done to increase the judges strength of the subordinate judiciary. The State is obliged to carry out the decisions of the Apex Court and increase the Judge-Population Ratio to 50 per million as held in the All India Judges Association case.

“The present judge strength is sufficient just to handle the fresh cases filed each year which ensures constancy of pendency figures. It is necessary to understand and predict that case filing patterns would change in future and device methods to keep pendency in manageable limits,” it said.

The report on the subordinate judiciary also referred to the recent data of National Crime Records Bureau (NCRB) which showed that with the present strength of judicial officers in district courts, trial in only approximately 13 per cent cases was completed under the IPC during a year.

“This clearly shows that the existing strength of judicial officers needs to be enhanced at least seven times so that trial is completed within a period of one year,” the report said, adding that the “judicial manpower needs to be augmented manifold to cater to the situation”. The figures complied in the annual report till June 30 last year show that the district courts in Gujarat, Bihar and Uttar Pradesh were the worst affected as they were short of 794, 792 and 624 judges respectively. While the sanctioned strength of judges in lower courts in Gujarat, Bihar and Uttar Pradesh is 1953, 1825 and 2394 respectively, the number of working judicial officers are only 1159, 1033 and 1770 respectively.

The difference is also huge in Delhi where the total sanctioned strength is 793 while there were only 486 working judges, with 307 positions being vacant. The data on vacancy of judges shows that trial courts in Northeastern states of Sikkim, Manipur, Tripura and Meghalaya, were the only ones where the vacant positions were the least, with 4, 11, 29 and 16 vacancies respectively.

Expressing concern over the figures of pending cases, the report compiled on subordinate judiciary said that in the next three years, an additional 14,597 judicial officers and sanctioned judge strength of 35,155 are required in the trial courts to cater to the problem.

According to the annual report, district courts in Uttar Pradesh peaked in the pendency of cases at 58.8 lakh, including 43.73 lakh criminal cases. However, these courts also disposed of the maximum number of cases at 34.83 lakh.

Maharashtra had the second highest tally of pending cases across states with a backlog of 31.8 lakh matters, which include 20.39 lakh criminal and 11.4 lakh civil, followed by West Bengal at 26.95 lakh, Bihar at 20.88 lakh and Gujarat at 20.56 lakh undecided ones.

The pendency in Delhi stood at 5.98 lakh, comprising 4.32 lakh criminal and 1.65 lakh civil matters. The courts in the capital, however, disposed of 6.45 lakh cases by June 2016. Besides Delhi, seven states were found with higher disposal rate, with Tripura and Himachal Pradesh deciding over 58 per cent of the cases. Other five states which disposed of over 51 per cent cases are Himachal Pradesh, Punjab, Haryana, Tamil Nadu and Assam.

Highlighting the importance of judiciary and timely delivery of justice, the report said “justice is one critical component of citizenship which cannot be neglected. “Overworked judges, overburdened court staff, chronic shortage of court-space and unending wait to justice does not complement the policies of the State.”

“The role of a robust judiciary in a nation’s development is pivotal. With development and a corresponding growth in litigation, more judges will certainly be required to handle the same so that justice is done in its truest possible sense,” it said.