During The Indian Express' Idea Exchange seminar, Director General of Punjab Police Dinkar Gupta had said "Kartarpur offers a potential that you send somebody in the morning as an ordinary chap and by evening he comes back as trained terrorist". 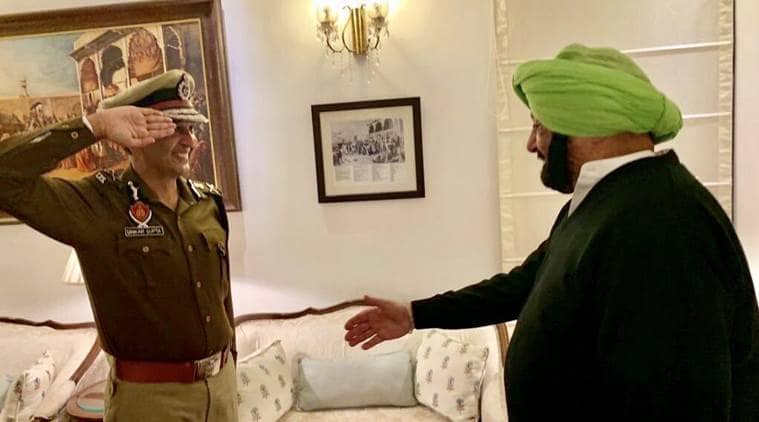 Shiromani Akali Dal (SAD) leader Manjinder Singh Sirsa Saturday condemned Director General of Police, Punjab, Dinkar Gupta‘s statement on Kartarpur and urged Chief Minister Amarinder Singh to initiate a probe against him. During The Indian Express’ Idea Exchange seminar, Gupta had said “Kartarpur offers a potential that you send somebody in the morning as an ordinary chap and by evening he comes back as trained terrorist”.

Sirsa said, “I strongly condemn the statement made by Punjab DGP on the Kartarpur Corridor. The mentality of the Congress party has always been like this. Sikhs are loyal and patriotic. If someone goes to Mansarovar, they don’t return as terrorist.

“Congress has always insulted the Sikhs. They have always said Sikhs are terrorists. I appeal to Capt Amarinder Singh to initiate a probe against his DGP and prove that no one can challenge the loyalty of a Sikh,” he added.

DGP Gupta on Friday said the visa-free passage cleared for Sikh pilgrims was “a huge security challenge from terrorism point of view”. Claiming that there were reasons why the Corridor was not opened all these years, he some elements based in the neighbouring country were “trying to woo the pilgrims and making overtures to them”.

SAD leader Bikram Majithia, too, condemned the statement. He said, “It is highly unacceptable. The DGP is furthering Indira Gandhi’s ideology which painted every Sikh as terrorist”.

The Corridor, connecting Dera Baba Nanak in Punjab’s Gurdaspur district with the Gurdwara Darbar Sahib in Pakistan’s Kartarpur, the final resting place of Guru Nanak Dev, was opened on November 9, 2019, three days ahead of the 550th birth anniversary of the Sikhism founder.