Developed countries should do a Net-Minus to vacate carbon space in 2050 for developing countries to grow: India

"If the developed countries are only doing individual Net-Zeros, we are, in fact, moving farther away from achieving the Paris targets," India's Permanent Representative to the UN Ambassador T S Tirumurti said. 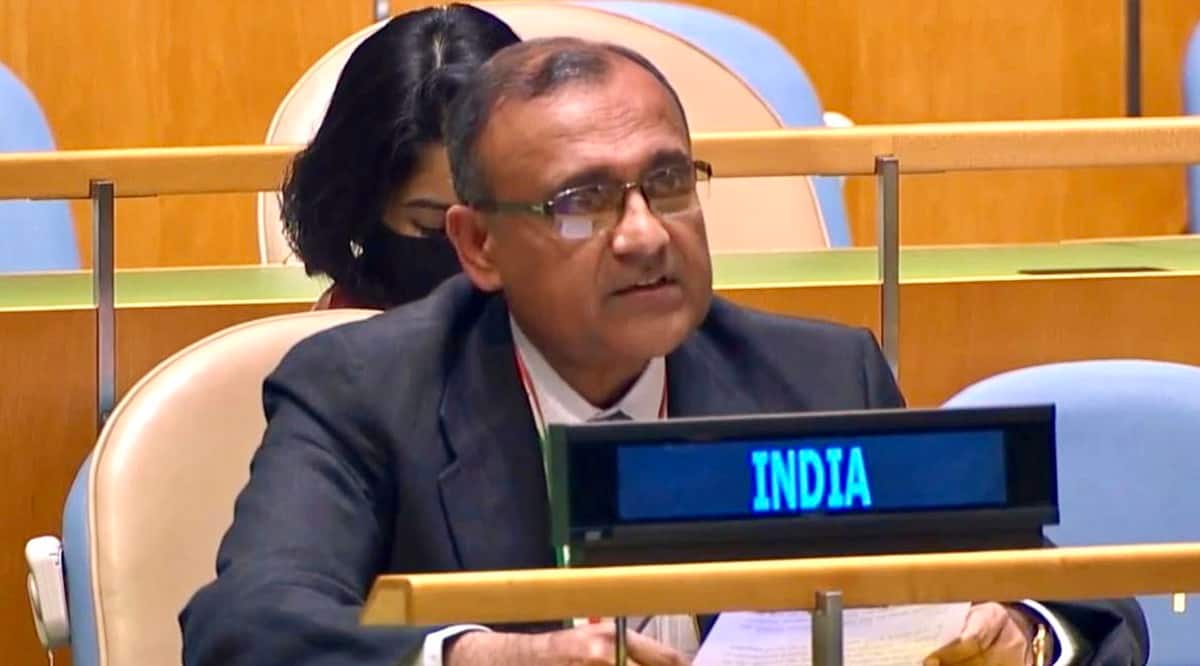 India has underlined that the target of achieving net-zero emissions by 2050 should be based on the principle of equity, with developing countries peaking later given their respective sustainable development paths while developed countries should do a “Net-Minus”.

Net-zero emissions mean that the world is not adding new emissions to the atmosphere.

UN Secretary-General Antonio Guterres has stressed that emissions must fall by half by 2030 and reach net-zero emissions no later than 2050 to reach the 1.5 Celsius goal of the Paris Agreement.

“While there is a discussion on the concept of Net-Zero, it is important to understand its implications. A global Net-Zero should be based on the principle of common but differentiated responsibility and of equity, where developing countries will be peaking later given their respective sustainable development paths,” India’s Permanent Representative to the UN Ambassador T S Tirumurti said on Friday.

Speaking at the UN General Assembly General Debate of the Second Committee on ‘Crisis, Resilience and Recovery — Accelerating Progress towards the 2030 Agenda’, he said “consequently, in order to vacate the carbon space in 2050 for developing countries to grow, the developed countries should, in fact, do a Net-Minus.”

Explained |The burden of climate change on children born today

India also underlined the need to desist from “cherry-picking” from the inclusive and comprehensive structure built around the United Nations Framework Convention on Climate Change (UNFCCC), which all member-states have negotiated and subscribed to.

“A few should not decide for all. India will not favour any attempts which go against a member-state driven process and are not in the interest of developing countries,” he said.

In a video statement to the UN High-Level Dialogue on Energy 2021 held on the sidelines of the 76th General Assembly session last month, Minister for Power & New and Renewable Energy R K Singh had said that as nations discuss energy transition, energy access and finance, “I would like to reiterate the importance of being fully sensitive to the energy-mix and national circumstances of different countries. There cannot be a one-size-fits-all solution.”

Tirumurti also emphasised that there still exists a large gap to achieve commitment by developed countries to provide 100 billion dollars for climate action.

“This amount is less than the amount earned by the NFL on media rights! Yet we are struggling to raise USD 100 billion, though we claim it’s an existential issue! Therefore, it’s time we got serious about climate action, particularly developed countries,” he said.

India’s initiatives like the International Solar Alliance and the Coalition for Disaster Resilient Infrastructure are examples of India’s contribution to global climate partnership, Tirumurti added.

He noted that on climate change, India is the only country among G20, which is on course to meet the Paris targets. “We are moving towards the target of 450 GW of renewable energy. We are working to make India the Green Hydrogen Hub. The share of renewable energy in the energy mix stands considerably enhanced to 38 per cent,” he said.