While Gurmeet Ram Rahim Singh is already undergoing a 20-year-imprisonment on rape charges, the three convicts were also taken into custody after the verdict. 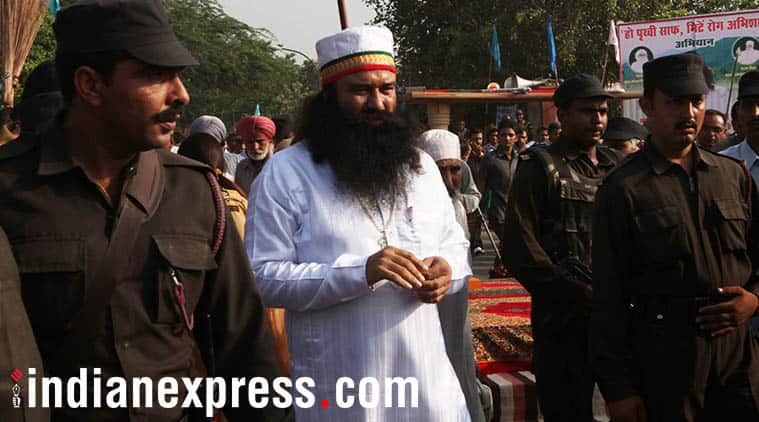 The CBI court at Panchkula on Friday convicted Dera Sacha Sauda chief Gurmeet Ram Rahim Singh and his three followers of the murder of Sirsa-based journalist Ram Chander Chattarpati (51), who was shot dead at his house on October 24, 2002.

CBI Judge Jagdeep Singh held the Dera chief, former Dera manager Krishan Lal and the Dera’s carpenters Nirmal Singh and Kuldeep Singh guilty on charges of murder and criminal conspiracy. The quantum of sentence will be announced on January 17.

Gurmeet Ram Rahim, already undergoing a 20-year sentence on charges of raping two Sadhvis, attended the court proceedings over video-conferencing from the district jail at Sunaria, Rohtak. The other accused, now convicted, were in the court during the proceedings.

“I will appeal the court to sentence him [Gurmeet] with capital punishment,” Chattarpati’s son Anshul Chattarpati told The Indian Express after the verdict.

The Panchkula administration, through District Attorney Pankaj Garg, has moved an application in the court, seeking time for making arrangements for pronouncement of the sentence against Gurmeet Ram Rahim.

Defence counsel of the Dera head, advocate Gurdas Singh Salwara, refused to comment on the verdict. Advocate N P S Warraich and Anil Kaushik, representing the other accused, also did not interact with media.

In May 2002, Poora Sach, a newspaper run by Chattarpati published a news report about an anonymous complaint by a Sadhvi about sexual exploitation of Sadhvis in Dera Sacha Sauda. Kuldeep and Nirmal shot at him on October 24, 2002 with Lal’s licensed .32 bore revolver.

Chattarpati was rushed to a government hospital in Sirsa from where he was referred to PGIMS, Rohtak. From there, he was shifted to Apollo Hospital, Delhi, on November 8, 2002, where he succumbed on November 21, 2002. 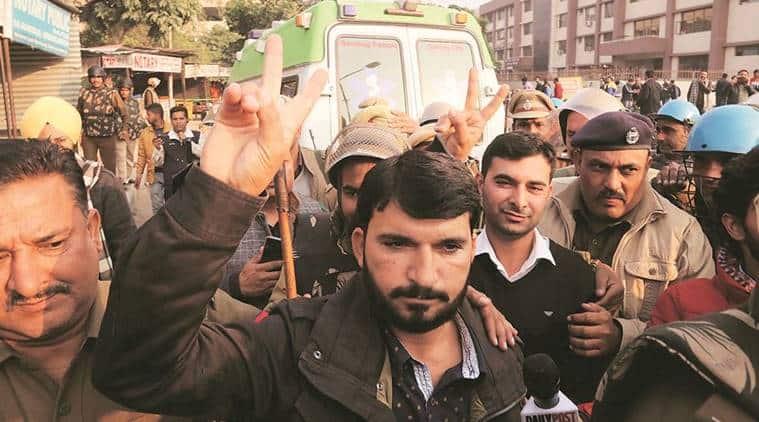 The journalist’s son Anshul Chattarpati after the conviction in Panchkula on Friday. (Express photo by Jaipal Singh)

While Kuldeep had been arrested from the spot immediately after Chattarpati was shot at, Nirmal was nabbed on October 26, 2002. Police had recovered a walkie-talkie belonging to Dera Sacha Sauda and Lal’s .32 revolver from him.

Haryana Police filed a chargesheet on December 5, 2002, but it did not name Gurmeet Ram Rahim. Not satisfied with the police investigation, Ram Chander’s son Anshul approached Punjab and Haryana High Court, which transferred the investigation to CBI on November 10, 2003.

The CBI, in its chargesheet, indicted all the convicts. “The investigation conducted by the CBI has, thus, established that accused Baba Gurmeet Singh, chief of Dera Sacha Sauda, Sirsa, accused Krishan Lal, Prabandhak of Dera Sacha Sauda and accused Kuldeep Singh and Nirmal, carpenters at Dera Sacha Sauda entered into a criminal conspiracy on or before October 23, 2002 to kill Ram Chander Chattarpati, a journalist of newspaper “Poora Sach, Sirsa” and in furtherance thereof, accused Krishan Lal gave his licensed revolver and a walkie-talkie of the Dera to accused Kuldeep Singh and Nirmal Singh in the presence of Baba Gurmeet Singh. Thereafter, both Kuldeep Singh and Nirmal Singh shot at Ram Chander Chattarpati on October 24, 2002 at his residence at about 7.30 pm resulting in his death subsequently on account of the said gunshot injuries”.