And while they wait for a response — a hard copy of the letter will be mailed on Monday — the talk in Kota is all about the story behind that white sheet of paper. 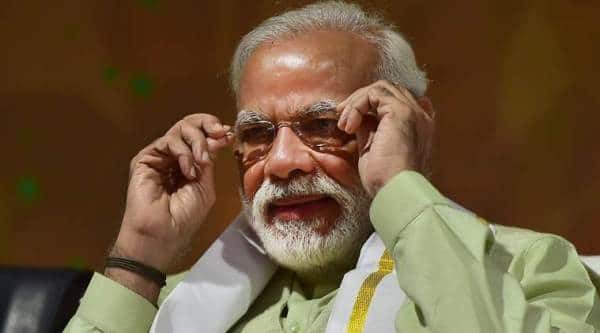 They didn’t have much to begin with. He was just about seven and his sister two when their father, a truck driver, left them in 2007. In 2013, police say, he saw a man he called “uncle” crush their mother, a nurse, running a car over her again and again till she died. Since then, these siblings, now 17 and 12, have been living as orphans in a Kota child care home.

On March 7, he visited his mother’s home in Sarawada village, about 60 km from Kota, as authorities finally started moving on their rehabilitation, and stumbled upon a surprise — Rs 96,500 stuffed in a pillow by his mother. And then, came the shock.

The money was in old notes of Rs 1,000 and Rs 500, rendered worthless after the demonetisation rollout of November 8, 2016. With the Reserve Bank of India expressing helplessness in their case in a letter on March 22, the two children have now pinned all their hopes on an open letter — one they posted online on March 25 to Prime Minister Narendra Modi’s office, seeking help.

In the letter, scribbled in Hindi on a single sheet, they wrote: “Please listen to our Mann ki Baat, Modiji. Humare aage peeche koi nahin (We don’t have any relatives)… our father left us when we were young and our mother was murdered. We want to deposit the money back with the government. please help us at the earliest.”

And while they wait for a response — a hard copy of the letter will be mailed on Monday — the talk in Kota is all about the story behind that white sheet of paper.

For over three years, the two were forgotten among the over 270 orphans, runaways, abandoned or surrendered children who are kept in government affiliated childcare homes in Kota at any time. Usually, authorities conduct a social investigation in each case to track relatives and rehabilitate the children.

“But for these siblings, the social investigation, which should have been mandatorily completed within the first four months, was never undertaken,” says Harish Gurubaxani, chairman, Kota Child Welfare Committee. Under Gurubaxani, who took charge on January 13, all the “unsatisfactory files” were taken up for review, including the one of these siblings.

After police was notified, the next step was a visit to their former home. On February 14, when the boy reached their rented home in Kota’s R K Puram — the sister stayed back — he was told that their belongings had been thrown out about three months after their mother died. However, he soon found out that a neighbour had kept most of it safe.

“There were utensils and the TV, but I could not find my video game,” says the boy, a Class 9 student.

Then came the visit to his mother’s home, one she had bought with Rs 30,000 and was slowly rebuilding. The door was blocked by mud. On March 11, they returned, and this time the policemen accompanying him jumped inside.

Out came a cooler; an iron box; two speakers; two DVDs; one cot; a plastic drum; a sewing machine; a clothes iron; 25 steel glasses; 20 steel bowls; 19 steel plates; some gold and silver jewellery; an ATM card; and, a small trunk, among other things. Inside the trunk was the pillow, stuffed with 22 notes of Rs 1,000 and 149 notes of Rs 500.

“I opened the trunk that day. It was never locked. I remembered mother used to keep the money in a pillow and then hide the pillow in the trunk. She used to work as a nurse and we lived on rent in Kota. But she saved for us, for our home. She had got two rooms constructed in Sarawada while a third was half complete when she was killed,” he says.

According to police, the man who killed their mother was in a relationship with her. “The man was booked for murder (IPC 302) and destruction of evidence (IPC 201). He was trying to make it look like an accident,” says Assistant Sub Inspector Babu Lal Meena, who was then posted at R K Puram police station.

“It was late at night and the incident took place barely 100 metres from their home. When I reached the spot, the boy was crying,” says Deshraj Singh, who drove the police jeep that took Meena to the spot in September 2013.

“The trial in the case is still on,” says Shoukat Khan, SHO of R K Puram police station.

“Police could not reach their father when their mother was murdered. A woman claiming to be their grandmother has turned up at the orphanage, saying that her son, their father, has passed away. We are verifying her claims. We spoke to Minister of State for Finance Arjun Ram Meghwal, the MP from Bikaner, and he has assured that he would see to it that our concerns are addressed,” says Gurubaxani, the CWC chief.

On Sunday, Kota MP Om Birla visited the child care home. “Their mother worked hard and saved some money, so we will request the government to address this. If it isn’t possible due to legal issues, we hope to raise Rs 50,000 for them with the help of the public. We will take care of their education and the residents of Kota will pool in money for the girl’s marriage when the time comes. We are ready to take care of them,” says Birla.

The boy says he still hasn’t decided what to be in life. His sister, a Class 3 student, says she likes English and wants to be a teacher. So if they do get their money, what will they do with it? “I will save it as a fixed deposit for my sister,” says the boy. She just looks at him and smiles.