The expert panel had found that on the basis of the inputs received from the services HQs it could safely observe that over the time the approach in dealing with punishment issues has improved by a great deal. 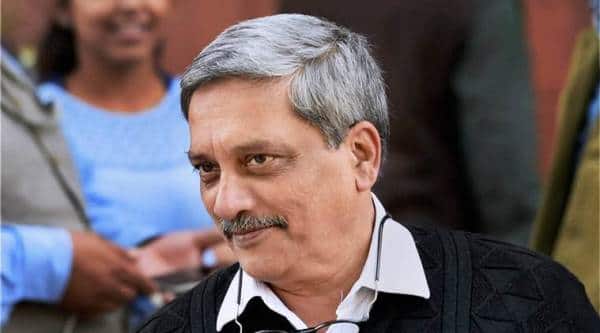 THE MINISTRY of Defence (MoD) has accepted the recommendation of an expert committee that punishment to military personnel should not be disproportionate to the gravity of offence committed. The ministry has said instructions in this regard should be issued to the respective services headquarters.

Highly placed sources in the MoD said the recommendations of the committee were analysed by the MoD officials and several of them were cleared and final approval has been accorded by Defence Minister Manohar Parrikar in this regard.

The multi-member committee had said, “We have encouraged that authorities must avoid a subjective approach or punishment which is not commensurate with the offence or a rigid or inflexible attitude not in tune with the changing law in all decision-making processes”.

The expert panel had found that on the basis of the inputs received from the services HQs it could safely observe that over the time the approach in dealing with punishment issues has improved by a great deal. “The introspective deposition of the Discipline and Vigilance (DV) Branch of the Army HQ deserves special praise due to the moral courage of identifying the challenges in this regard such as the requirement of a humane approach, ensuring transparency, eschewing of preconceived notions and avoidance of vendetta,” the panel said.

The panel said that it needs no stress that arbitrariness is the enemy of fairness and if there is elimination of the negative elements from the decision making process, not only would satisfaction levels improve but even the litigation would come down drastically. “We also feel that at times redressal is not being granted by authorities competent to grant such redressal and the files are unnecessarily moved to higher formations/authorities even for relief that can be granted at a lower level. It needs to be emphasised that if a particular relief can be granted by a particular authority and the said authority is also in favour of granting such relief, then the same should be effectuated at that level itself rather than endorsing the positive recommendation of relief to a higher authority,” the panel observed.

It added that all three Services HQ-Army, Navy and Air Force- must make it clear that such instances shall be viewed seriously. “We are also happy to observe that the DV Branch has truthfully stated that the time limit for dealing with complaints is met only in 19 per cent of the cases which needs to be addressed. We feel this is a very genuine concern which needs to be appropriately dealt with urgently,” the report says.

The panel has further said that clear-cut guidelines should be floated to all concerned involved in the decision making process from time to time to eliminate subjectivity in all assessments. If in any complaint malafides are alleged, the same may not just be brushed under the carpet but analysed objectively.

“We also recommend that though there again can be no straitjacket formula, data may be maintained at the decision making level of punishments or redressal awarded in similar circumstances or cases so as to avoid discriminatory practices,” says the report.