Bhima Koregaon violence: “The RSS works to unite the entire society and keep everyone together. There is no question of Sangh (RSS) being behind it," said the RSS spokesperson in Bhopal. 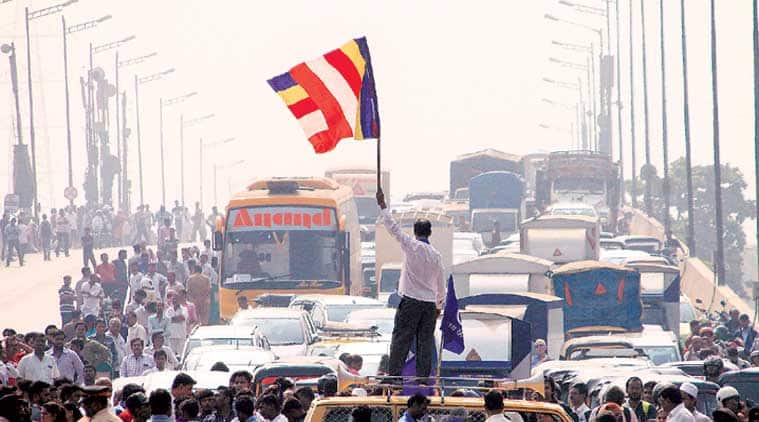 In the second death since the Dalit-Maratha clashes broke out on Monday, a 16-year-old boy, Yogesh Jadhav, died in Nanded on Wednesday, as protesters hit the streets of Mumbai, Pune and several towns of Maharashtra for the second day, enforcing a statewide bandh called by Dalit groups which led to a near-complete shutdown.

Police said Jadhav was crushed by a mob near Tamsa police station in Nanded. “About 20-25 protesters had gathered near the police station, but they started to flee after spotting a police van. The boy fell and was crushed by the mob. He was rushed to a local hospital but was declared dead,” said a senior police officer.

The bandh on Wednesday, withdrawn around 5 pm, was called by Bharatiya Republican Party Bahujan Mahasangh president Prakash Ambedkar in protest against clashes in villages around Bhima Koregaon near Pune on the 200th anniversary of the battle between British forces, including Mahar troops, and the Peshwa army, on Monday.

READ | Why tensions in Maharashtra represent a tussle between competing nationalisms

Meanwhile, a second complaint was filed against pro-Hindutva leaders Sambhaji Bhide and Milind Ekbote, who have been accused of inciting violence. The complaint, police said, would be attached to the first FIR that was filed against them on Tuesday.

Police said newly elected Gujarat MLA Jignesh Mevani and JNU student leader Umar Khalid’s speeches, at Elgaar Parishad at Shaniwarwada on December 31, would also be analysed, following complaints that they had made provocative remarks which led to tension on Monday.

The complaint, filed by Akshay Bikkad, 22, and Anand Dhond, 25, accused Mevani and Khalid of promoting enmity between different groups. “We will take detailed statements of the youths who filed the complaint. A decision will be taken on whether or not to register an FIR, based on legal opinion,” said Senior Inspector Appasaheb Shewale. 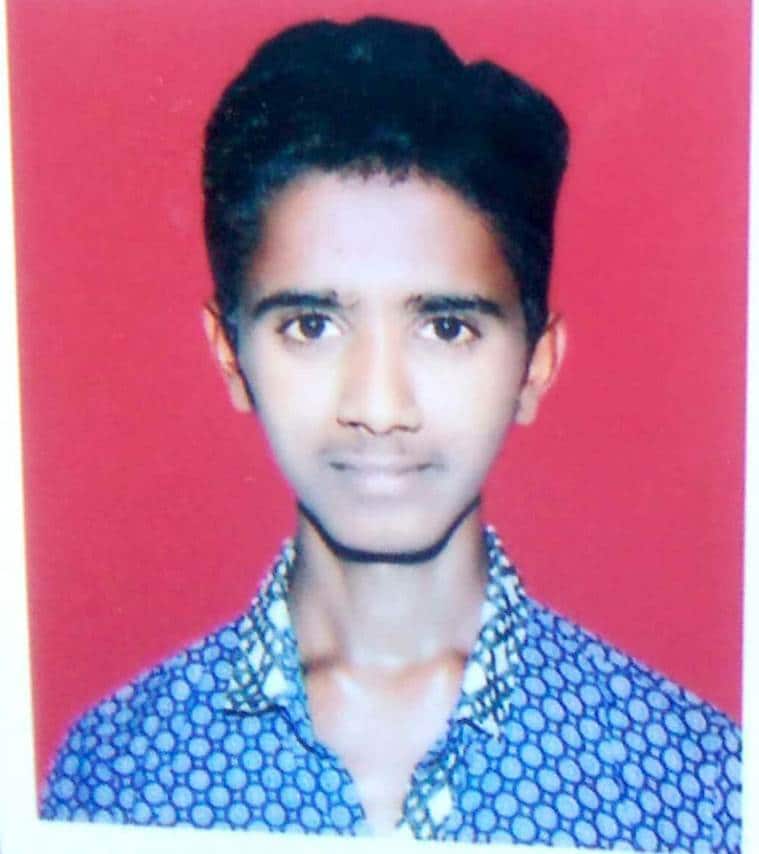 Yogesh Jadhav was crushed by a mob near Tamsa police station in Nanded.

Even as a second complaint was filed against Bhide and Ekbote on Wednesday, the RSS denied involvement and blamed the “Breaking India Brigade”.

“The RSS works to unite the entire society and keep everyone together. There is no question of Sangh (RSS) being behind it. But some people want to malign the organisation. It includes those people who are involved in anti-national activities,’’ said RSS spokesperson Manmohan Vaidya in Bhopal, responding to a question on Congress president Rahul Gandhi blaming the RSS for violence.

Calling such elements the “Breaking India Brigade’’, Vaidya said those who raised slogans like “Bharat tere tukde honge” were among the speakers in Pune. “These elements want to divide society or create conflict because when Hindu society unites, the foundation of their politics is shaken,’’ he said.

Read | 3 women blame Hindutva duo, but say they were not seen in clash zone

The complaint against Bhide and Ekbote, who have emerged as central figures in the violence with several Dalit and political leaders accusing them of fomenting trouble, has been filed by Sushma Andhare, a 35-year-old office-bearer of an organisation working for the welfare of nomadic tribes.

But unlike the first complainant, Anita Ravindra Salve, who registered a case against the two leaders on Tuesday, Andhare does not claim to have seen either Bhide or Ekbote personally instigating the violence. She has claimed that their supporters attacked her and others on Monday, when they were on their way to attend the battle anniversary. She has named two persons, Yogesh Gavhane and Ganesh Phadtare.

Both Bhide, 85, a former professor of physics, and Ekbote, 60, a former corporator, are well-known pro-Hindutva leaders in the state.

Bhide, who lives in Sangli, is known for his speeches targeting minorities. In 2008, Bhide, who leads an organisation called Shiv Pratishthan Hindustan, was at the forefront of protests against Bollywood film Jodhaa Akbar. His supporters vandalised cinema halls across the state and interrupted screenings. Months later, he was at the centre of tensions in Sangli over an arch built in memory Afzal Khan, a commander in the army of Adil Shahi dynasty. 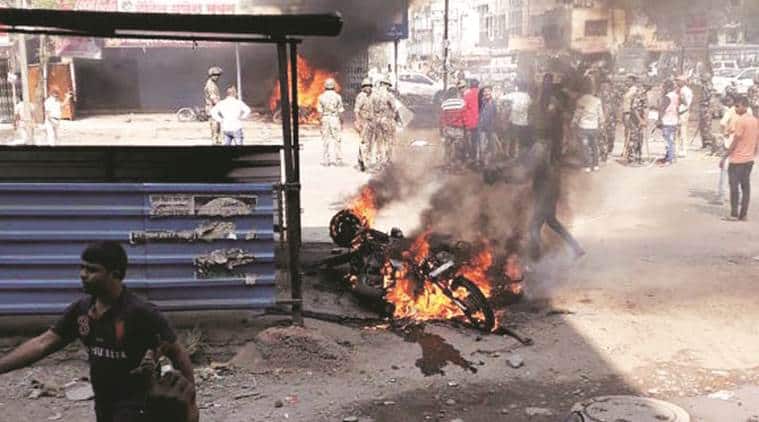 Violence erupted at Koregaon Bhima where in many vehicles torched and buildings vandalised on Monday. (Express photo)

Bhide is known to have close links with the RSS and BJP. Maharashtra Chief Minister Devendra Fadnavis has posted his photographs with Bhide on social media on some occasions.

While preservation of the forts of Chhatrapati Shivaji Maharaj is his pet project, Bhide is also planning to install a golden throne at the Raigad fort in Pune.

On Wednesday, amid accusations that he was behind the violence, Bhide went about his normal routine at his residence in Sangli. “Guruji (Bhide) does not bother to respond to these baseless allegations. But we, as his followers, are capable of responding to such falsehoods,” said Hanumant Pawar, a close associate.

Pawar said Bhide had met his supporters, like he does everyday, and discussed the progress of his ongoing projects. On December 31, Bhide had addressed a public meeting in Bhor taluka of Pune, and the next day, on January 1, he attended a memorial function held in the name of former minister Jayant Patil’s deceased mother in Sangli.

Unlike Bhide, Ekbote was an active politician till 2014, having contested assembly elections on a Shiv Sena ticket from Shivajinagar seat. His sister-in-law is a sitting BJP corporator in the Pune Municipal Corporation (PMC).

Ekbote, who has recently been at the forefront of cow-protection campaigns, floated Samast Hindu Aghadi and has been opposing the construction of Haj house by PMC. He has led many protests demanding a ban on cow slaughter.

According to police, Ekbote has, since 1990, been booked in 36 cases, including breach of preventive orders, rioting and inciting violence. The latest case against him in Pune was registered in 2013 for violating the preventive order under the Maharashtra Police Act.

(With ENS inputs from Bhopal)