Cyclone Tauktae to make landfall today: What we know so far

Cyclone Tauktae landfall today: As per IMD, the landfall is expected to take place between 8pm and 11pm on Monday and will cross the Gujarat coast between Porbandar and Mahuva in the Bhavnagar district with a slightly lower wind speed. 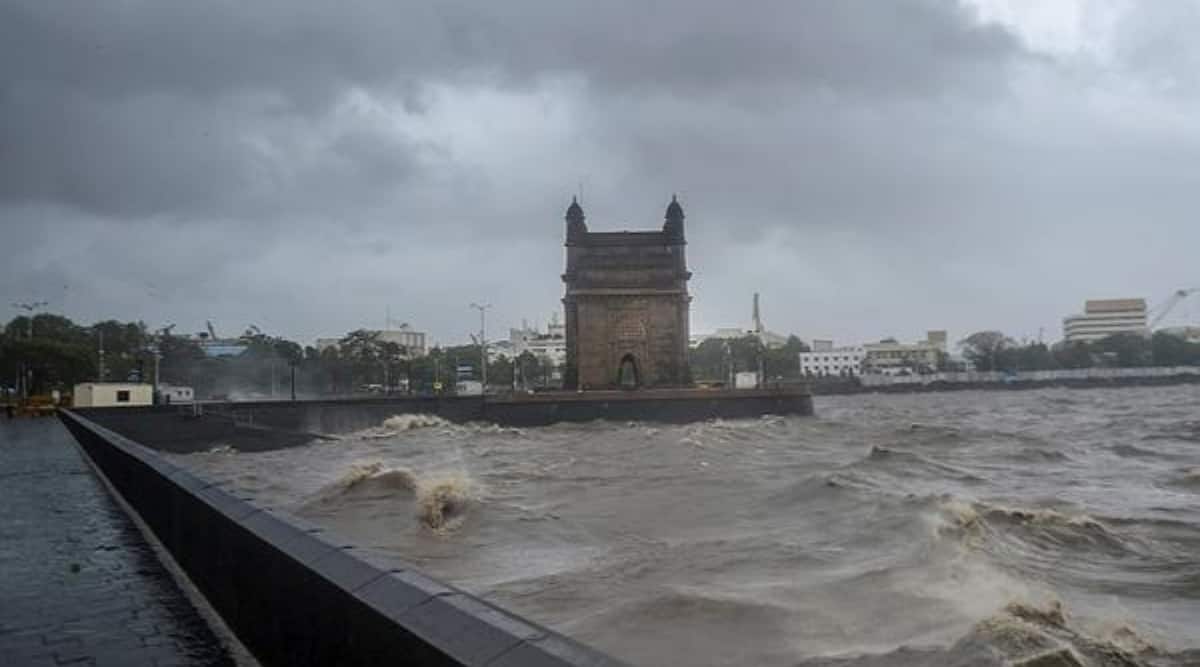 As the cyclone Tauktae is expected to pass close to Mumbai coast, the city has been placed under orange alert. (PTI)

The first cyclone of 2021, Tauktae, has now intensified into an “extremely severe cyclonic storm” and is fast approaching the Gujarat coast, the India Meteorological Department (IMD) said on Monday. It now has a wind speed of 170-180 kilometres per hour with winds gusting to 200 kilometres per hour.

Where is it now?

The cyclone Tauktae now lays centred at a distance of 90 km southeast from Diu.

Where is it headed?

Cyclone Tauktae is likely to intensify further in the next 24 hours and reach the Gujarat coast by Monday evening.

Where and when will it make landfall?

As per IMD, the landfall is expected to take place between 8pm and 11pm on Monday and will cross the Gujarat coast between Porbandar and Mahuva in the Bhavnagar district with a slightly lower wind speed (around 155-165 kmph) than its current intensity (180-190 kmph).

What has been the impact so far?

The low pressure formed over the Lakshadweep in Arabian Sea has intensified into an extremely severe cyclonic storm Tauktae and is moving towards the Gujarat coast. On its movement along the coasts of Kerala, Karnataka and Goa, it has caused strong winds and heavy rainfall along with high tidal waves. Relief camps were opened and many people were relocated to safety from the coastal belt. At least six people were killed in rain-related incidents. Houses, roads and power lines were also damaged.

Around 1.5 lakh people are being shifted from low-lying coastal areas in Gujarat. 54 teams of the NDRF and SDRF have been deployed in the state to meet any situation. Gujarat is expected to experience heavy rainfall and gusty winds by evening. Severe damage is expected in the state. Officials have warned people of disruption of power and communication lines. Gujarat Chief Minister Vijay Rupani has asked officials to ensure electricity and oxygen supply to COVID-19 hospitals and other medical facilities.

As the cyclone Tauktae is expected to pass close to Mumbai coast, the city has been placed under orange alert. Mumbai has been witnessing heavy rains and strong winds since morning.

How has it affected transportation?

Local trains services of the Central Railway were disrupted between suburban Ghatkopar and Vikhroli for about half-an-hour as a tree fell on an overhead wire while a train was heading towards neighbouring Thane. Services on the harbour line, that provides rail connectivity to Navi Mumbai, were also affected after a vinyl banner fell on an overhead wire between Chunabhatti and Guru Tej Bahadur stations around 11.45 am. The banner was removed after about half-an-hour and train services were resumed. Due to the strong wind, some plastic sheets covering the roof of the common passenger area between the suburban and main lines at the Chhatrapati Shivaji Maharaj Terminus (CSMT) were blown away in the morning.