Cyclone Gaja HIGHLIGHTS: 33 killed; fishermen advised not to venture into Arabian Sea for next two days

Cyclone Gaja HIGHLIGHTS: A view of the damage caused by cyclone ‘Gaja’, after it hit Velankanni, in Nagapattinam district of Tamil Nadu, Friday. (PTI Photo)

Cyclone Gaja turned into a deep depression over southeast Arabian Sea on Saturday evening. It is likely to intensify further into a cyclonic storm in the next 12 hours. Indian Meteorological Department (IMD) has predicted heavy to very heavy rains in Lakshadweep Islands in the next 24 hours.

Chennai Met Department has also issued warning to Tamil Nadu fishermen and advised them not venture into the Arabian Sea for the next two days.

At least 33 people were killed and over 82,000 others were affected after Cyclone ‘Gaja’ hit the Tamil Nadu coast early Friday. The cyclonic storm ripped through Nagapattinam, uprooting trees and snapping power lines in coastal districts. The rescued people have been sheltered in 471 relief centres in six districts including Nagapattinam, Pudukottai, Ramanathapuram and Tiruvarur.

CM Palaniswami has announced an ex gratia of Rs 10 lakh from the Chief Minister’s Public Relief Fund for the families of the deceased. He also said that relief work will be taken up on a war-footing and that the work was already underway, PTI reported. He alleged that the Centre did not sanction funds which the state had sought for management of natural disasters.

Prime Minister Narendra Modi expressed his condolences to the bereaved families of the victims and assured all possible assistance.

Union Health Minister JP Nadda (in pic) has spoken to Tamil Nadu Health Minister regarding the situation arising due to cyclone conditions in the state. JP Nadda assured him of all possible help from the Centre. #GajaCyclone pic.twitter.com/lFIzhSZVMG

Congress leader P Chidambaram Saturday urged Home Minister Rajnath Singh to send a team of officers immediately to inspect the extent of damage caused by Gaja in Tamil Nadu. The former union home and finance minister also requested Singh to modify the practice of sending inter-ministerial team to a disaster-affected state only after receiving a memorandum from the concerned state government, reported PTI. He said this takes at least 2-3 weeks and full impact of the disaster is not measurable because of repair and restoration work, reported PTI. 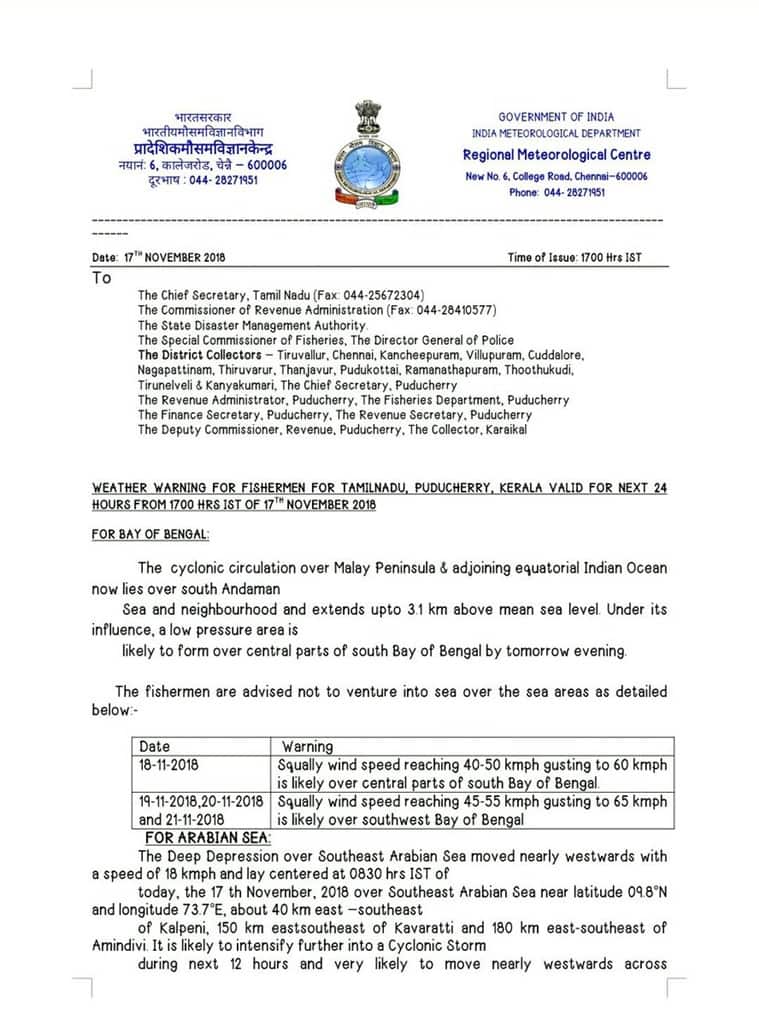 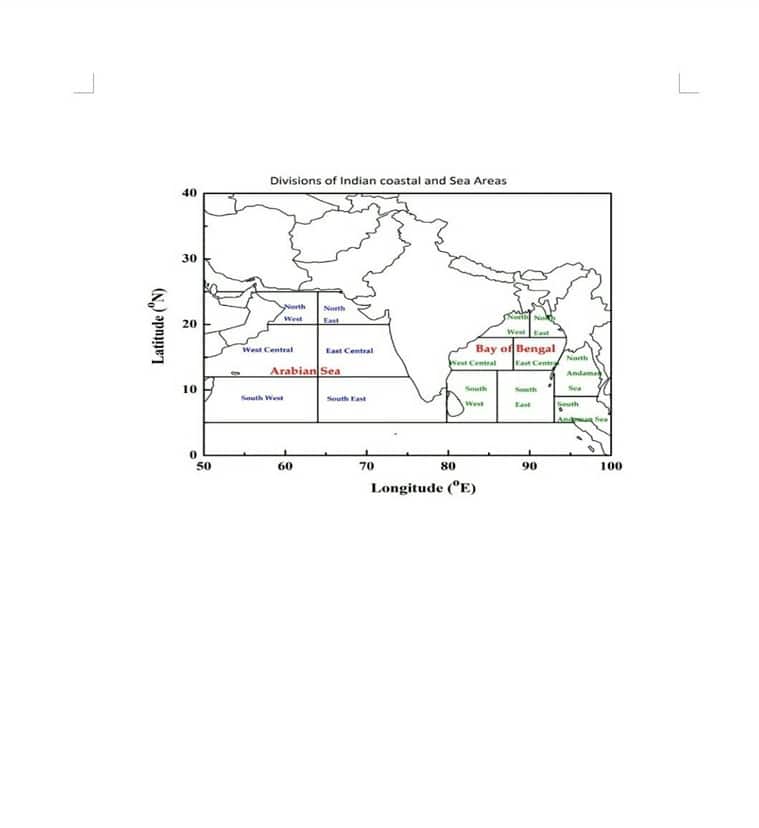 Puducherry Chief Minister V Narayanasamy Saturday said he has apprised the Centre of the damage caused by the cyclone Gaja in Karaikal, reported PTI. He said Union Home Minister Rajnath Singh had contacted him over phone on Friday to know the extent of damage the Union Territory suffered. "An interim relief would be sought along with an interim report on the damage the cyclone has caused in Karaikal," Narayanasamy told PTI. To a query on the amount of relief sought from the Centre, he said, "A detailed report was getting ready and it would be sent to the Centre on Monday."

Tamil Nadu Deputy Chief Minister O Panneerselvam too tweeted that compensation will be provided to the sufferers after the special team calculates the amount of damage caused to them by the cyclone.

TNSDMA said Cyclone Gaja has transformed into a deep depression over southeast Arabian Sea. The Indian Coast Guard, Indian Navy, Ministry of Defence and Indian Air Force have been requested to guide the Tamil Nadu fishing vessels in  Arabian Sea to safety.

As per latest update #Gaja turned into deep depression over SE Arabian Sea and now likely to turn into Cyclonic Storm near Lakshadweep Islands.@IndiaCoastGuard @indiannavy @DefenceMinIndia @IAF_MCC have been requested to guide TN fishing vessels in Arabian sea to Safety

Tamil Nadu fisheries minister D Jayakumar said the survey of boats and crops damaged by the storm has already been started. Once the survey is complete, the chief minister will announce compensation for those who have suffered losses due to the cyclone, he added. 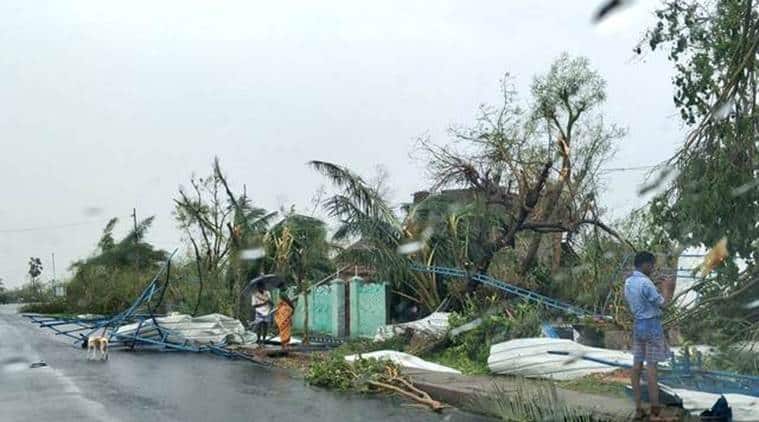 At least 35 people were killed in the severe cyclonic storm Gaja that battered Tamil Nadu coast Friday. (SHABBIR AHMED/via REUTERS THIS IMAGE HAS BEEN SUPPLIED BY A THIRD PARTY. MANDATORY CREDIT. NO RESALES. NO ARCHIVES.)

Four construction workers were feared killed after being trapped in landslides triggered by heavy rains at Chinnapallam near Kodaikanal. Efforts were on to retrieve the bodies said the police. (PTI)

As cyclone gaja crosses over to the Arabian Sea, heavy rains are predicted for Lakshadweep Islands in the next 24 hours. The cyclone lays centered 40 Kms east of Lakshadweep forming into a deep depression. 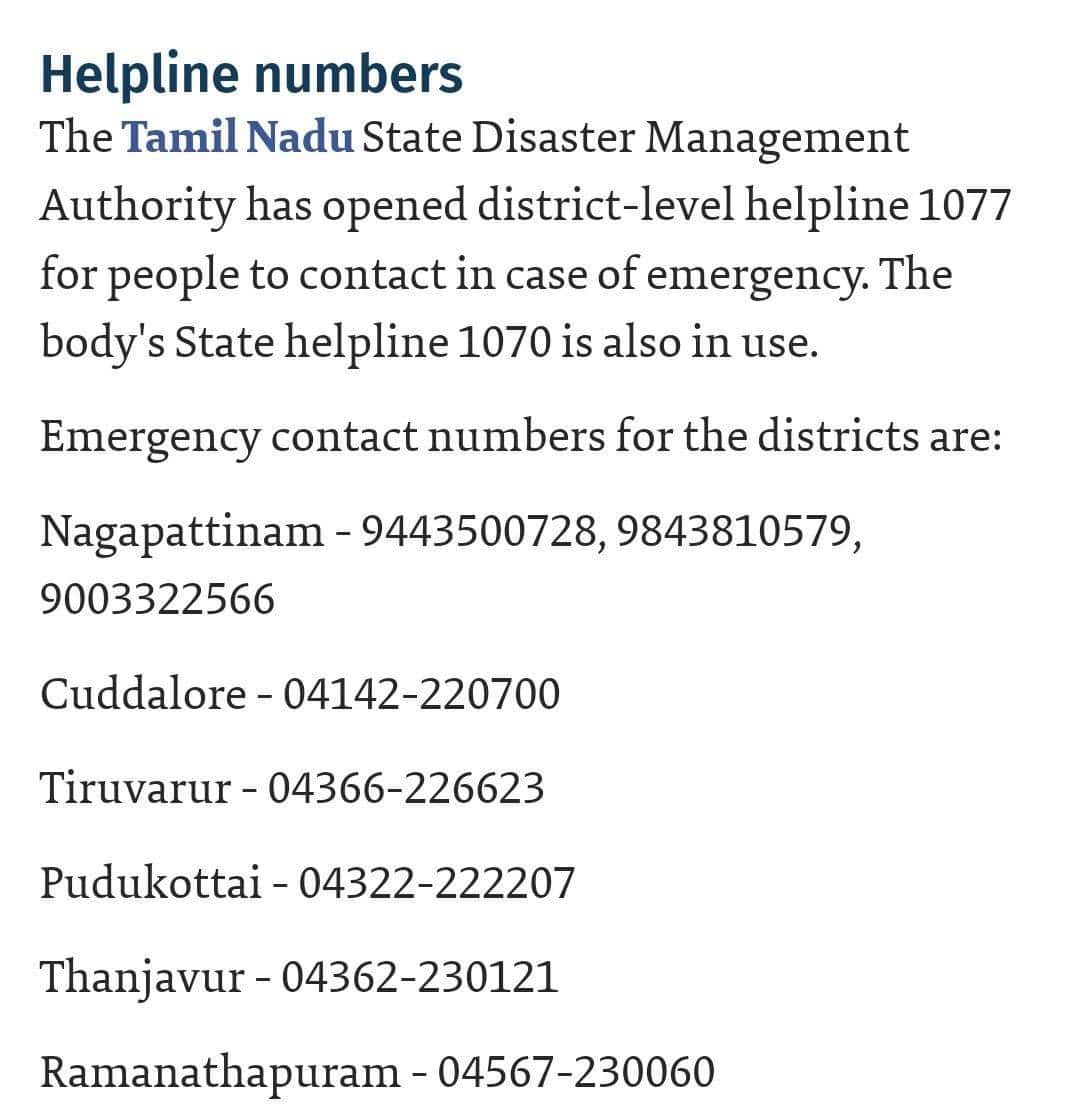 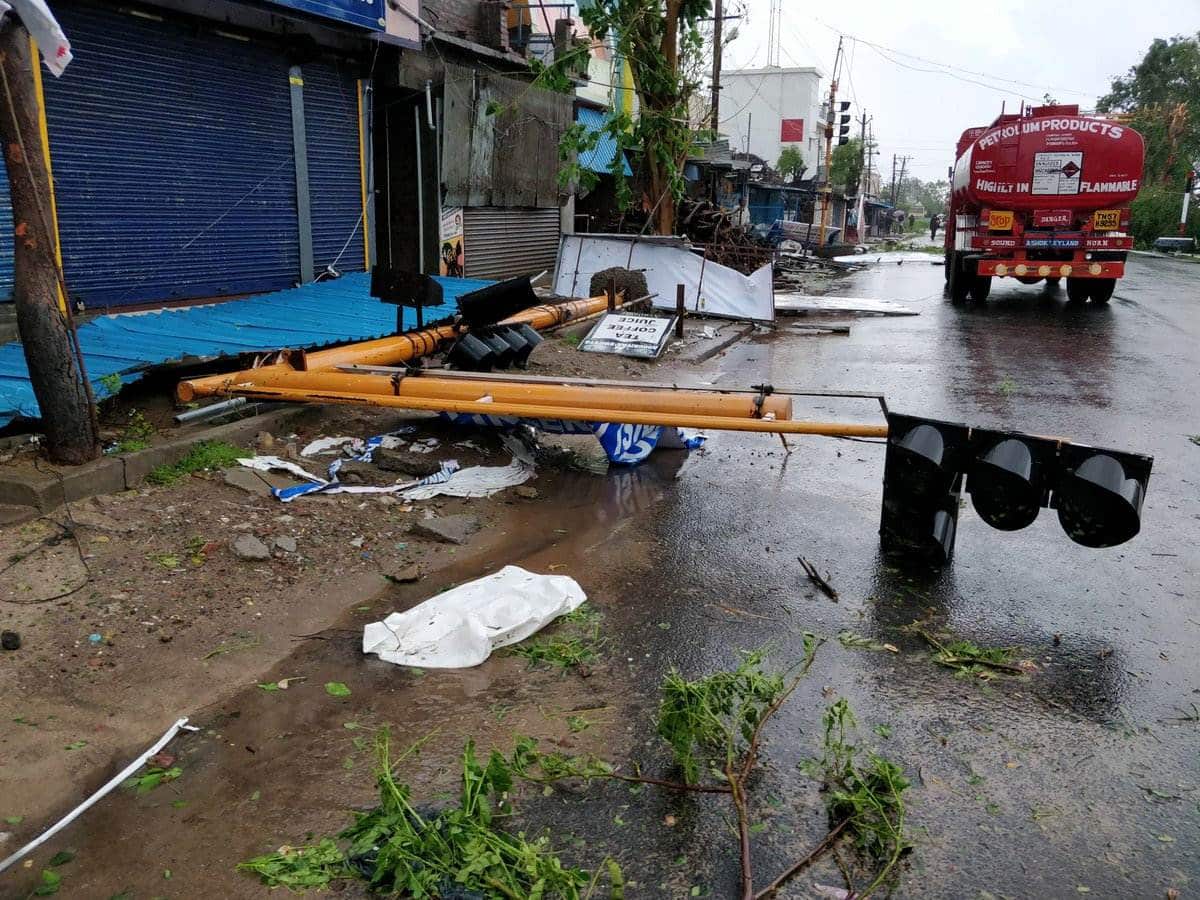 State Disaster Management Authority puts the death toll during Cyclone Gaja at 35 ; 1,27,448 trees have fallen during the Gaja Cyclone.

Rameswaram-Dhanushkodi road in Tamil Nadu reopened earlier this morning after remaing closed for three days due to Cyclone Gaja. (ANI)

Centre assures all assistance to state

Cyclone Gaja, named by Sri Lanka, is the second cyclone to hit the coastal area in a month after Cyclone Titli wreaked havoc in Odisha and Andhra Pradesh on October 11, killing a total of 70 people. The severe cyclonic storm, with wind speeds of 175 km per hour, uprooted thousands of electricity and telecommunication poles, devastated coconut and cashew orchards, and flattened standing crops.

Four teams each of National Disaster Response Force (NDRF) personnel have been deployed in Nagapattinam district, while two teams of the state disaster response force in Cuddalore district. Tamil Nadu state disaster management authority had released an animated video aimed at creating awareness on the do's and don'ts during cyclone.

Earlier, the CWC had advised action as per the Standard Operating Procedure as heavy rainfall in catchment areas could fill up the dams fast in less than 24 hours. Mobile operators have assured to move 'Cell on Wheels,' mobile platforms to provide uninterrupted mobile connectivity to Nagapattinam and Cuddalore districts.

The government has also held discussions with oil marketing companies and they have been advised to maintain sufficient fuel stock.