The record assumes significance in the wake of the custodial death last Tuesday of a 22-year-old, Altaf, in Uttar Pradesh’s Kasganj after he was detained in the case of a minor girl from a Hindu family gone missing. 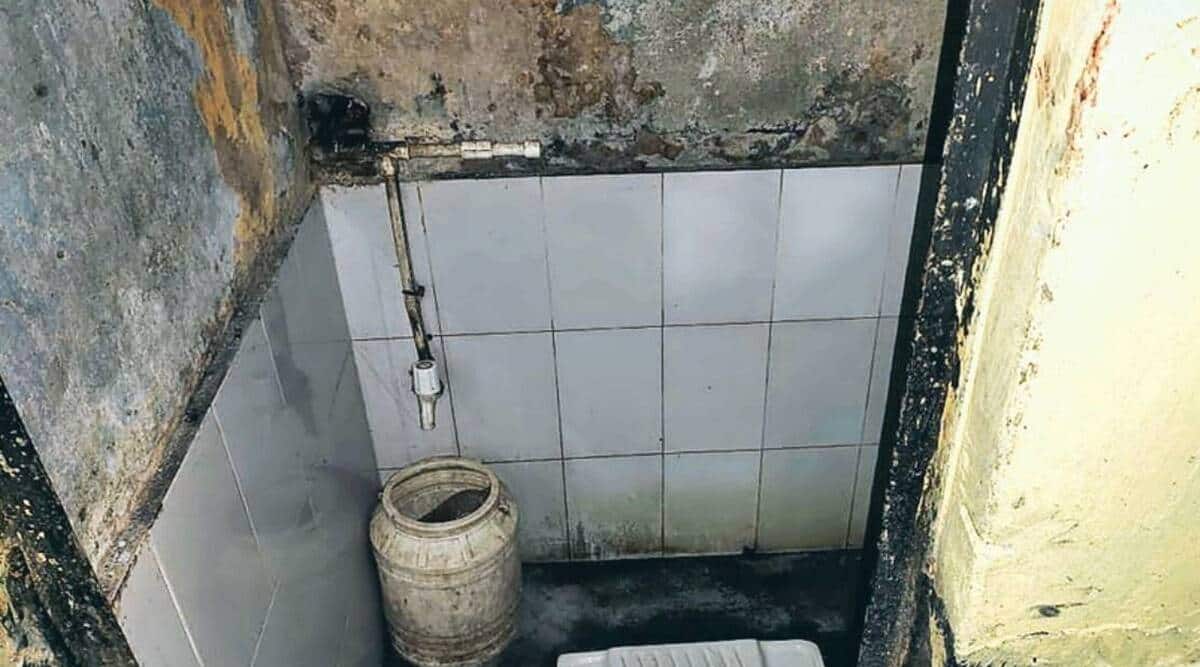 The water pipe from which police said Altaf hanged self. (File)

Over the last 20 years, 1,888 custodial deaths were reported across the country, 893 cases registered against police personnel and 358 personnel charge-sheeted. But only 26 policemen were convicted in this period, official records show.

The dismal record — compiled from the National Crime Records Bureau’s annual Crime in India (CII) reports from 2001-2020 — assumes significance in the wake of the custodial death last Tuesday of a 22-year-old, Altaf, in Uttar Pradesh’s Kasganj after he was detained in the case of a minor girl from a Hindu family gone missing.

Following the incident, five policemen were suspended from the Kotwali Police Station in Kasganj. They had claimed that Altaf had hanged himself with a drawstring from the hood of his jacket, using a water pipe in a toilet that is just a couple of feet from the ground.

UP officials said that a departmental inquiry and a magisterial probe into the custodial death are being conducted simultaneously.

The NCRB data show that the highest number of policemen — 11 — convicted for custodial deaths was in 2006 when seven in UP and four in Madhya Pradesh were found guilty. However, the data do not specify whether the conviction figure pertains to the same year in which the deaths in police custody were reported.

According to the latest data, 76 custodial deaths were reported in 2020, with Gujarat reporting the highest, 15, deaths. The other states on the list are: Andhra Pradesh, Assam, Bihar, Chhattisgarh, Haryana, Karnataka, Kerala, Madhya Pradesh, Maharashtra, Odisha, Punjab, Rajasthan, Tamil Nadu, Telangana and West Bengal.

However, no convictions were reported last year.

Since 2017, the NCRB has been releasing data on policemen arrested in custodial death cases. Over the past four years, 96 policemen have been arrested in connection with deaths in custody. However, this data is not available for the previous years.

In its records, compiled from data submitted by states and Union Territories, the NCRB has categorised “deaths in police custody/lockup” under two categories: persons not on remand and persons in remand. The first category includes those who have been arrested but are yet to be produced before court, and the second covers those in police/judicial remand.

Out of the 893 cases registered against police personnel in connection with custodial deaths during the last two decades, 518 pertain to those not on remand.

When contacted by The Indian Express about the NCRB data, Prakash Singh, a retired IPS officer who has served as DGP in UP and Assam, said that “flaws in the working of the police have to be acknowledged and rectified”.

“Policemen don’t investigate these cases properly. They try to defend their colleagues, which is definitely wrong. When a man has died in custody, the person responsible should be held accountable and the police must ensure that he is duly punished,” Singh said.

The former top officer, however, said that 1,888 custodial deaths in 20 years is “not a big number for a country of India’s size and population”.

“But what is important is that policemen use third-degree methods, inflict injuries on a person in custody. It’s a wrong practice. Policemen need to be sensitised and educated, and told that they should rely on scientific methods of investigation and a proper interrogation technique,” Singh said.

“Given the lengthy duration of criminal trials, convictions of police personnel after multiple years will not be reported by the NCRB’s CII data. If the NCRB also included information on the status of pending cases against police personnel, irrespective of the year of the police custody death, it would reflect a truer picture on the level of accountability in custodial death cases,” he said.

Bagga also pointed out that the 113th report of the Law Commission had recommended the insertion of Section 114 B in the Indian Evidence Act, which puts the burden of proof on the police to explain any injury caused in custody.

Structural inequality and the response to global emergencies