Culture ministry journal dedicates its latest issue to Savarkar: His place in history ‘no less than’ Gandhi’s

Officials at GSDS said the June issue was dedicated to Savarkar to mark his birth anniversary on May 28, and that GSDS will continue to dedicate the magazine’s upcoming issues to freedom fighters to mark 75 years of Independence. 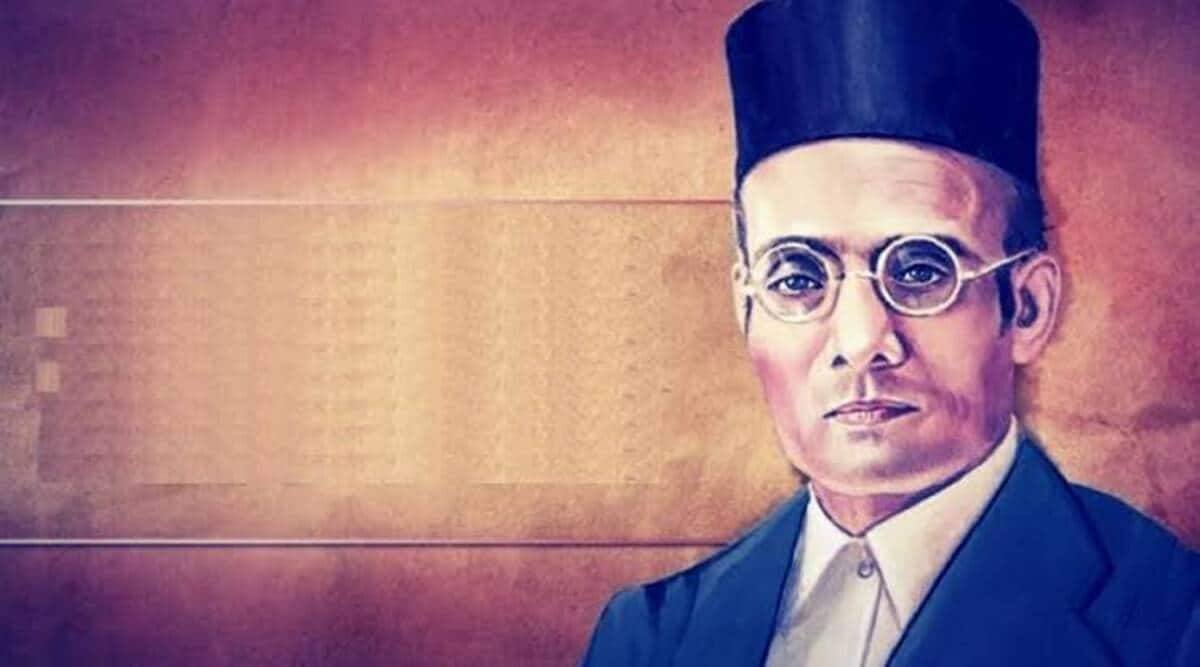 The lesson, "Kalavannu Geddavaru" is a travelogue written by author K T Gatti, narrating his experience about a visit to the Andaman cellular jail, where the Hindutva leader was imprisoned. (File Photo)

The latest issue of Antim Jan, a monthly magazine published by Gandhi Smriti and Darshan Smriti (GSDS), which functions under the Ministry of Culture and has the Prime Minister as its chairperson, is dedicated to Vinayak Damodar Savarkar, with the foreword calling his historical stature “no less than that of (Mahatma) Gandhi”.

The foreword, by GSDS vice-chairman and BJP leader Vijay Goel, on Savarkar “the great patriot”, states, “It is sad that those who have not spent even a day in jail (during the freedom struggle), and have not contributed to the society, criticise a patriot like Savarkar…. Savarkar ka itihaas mein sthaan aur swatantrata andolan mein unka samman Mahatma Gandhi se kam nahi hai (Savarkar’s place in history and stature in the freedom struggle is no less than that of Gandhi).”

Goel wrote it is unfortunate that despite his contribution, Savarkar did not find his “due place in history of independence for many years”.

Officials at GSDS said the June issue was dedicated to Savarkar to mark his birth anniversary on May 28, and that GSDS will continue to dedicate the magazine’s upcoming issues to freedom fighters to mark 75 years of Independence.

Established in 1984, GSDS’s basic objective is to propagate the life, mission and thoughts of Mahatma Gandhi through various socio-educational and cultural programmes. A nominated body of Gandhians and representatives of various government departments guide its activities.

The June cover of the journal has a Savarkar sketch by Sitaram, and almost a third of the 68-page issue is devoted to essays and articles on the Hindutva ideologue by writers, including former Prime Minister Atal Bihari Vajpayee, Marathi theatre and film writer Shrirang Godbole, political commentator Umesh Chaturvedi, and author Kanhaiya Tripathi.

There is also an essay on Hindutva, written by Savarkar from his book of the same name.

Goel’s foreword is followed by an essay by the Mahatma on religious tolerance in India.

Also Read |Case against Yati Narsinghanand for ‘remarks against Gandhi’

While the essay by Vajpayee calls Savarkar “not a personality but a thought”, and mentions that Savarkar spoke of uplifting people from “Harijan” community before Gandhi did, Godbole wrote about Savarkar and Gandhi’s assassination trial (veer savarkar aur mahatma Gandhi hatya abhiyog). Author Madhusudan Cherekar wrote about the relationship between Gandhi and Savarkar.

The issue also has a page which introduces readers to books written by Savarkar.