SC directed that in future the trial court will ensure that the accused in other cases be given proper legal assistance. 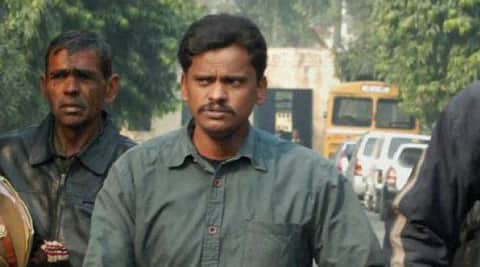 The apex court bench of Chief Justice H.L. Dattu, Justice Anil R. Dave and Justice S.A. Bobde, in the first open court hearing of the review petition of death sentence cases, said that “we are fully satisfied that this court has not committed any error that may persuade us to review the order” upholding his death sentence.

Jethmalani said the entire evidence relied upon by the trial court in convicting and sentencing Koli to death clearly shows that he was tormented by the police to give evidence against himself and autopsy report shows that the murder of 14 children was done by medical expert precision with the objective of trading in organs.

During the hearing, Jethmalani said that an interview for a period of five minutes only with a legal aid lawyer was allowed to Koli before recording of his confession.

“It is mockery of the legal provision,” he said.

The court, however, rejected the contentions and said that it cannot reconsider the verdict in the case.

The plea on behalf of 42-year-old Koli was moved by a team of lawyers led by senior advocate Indira Jaising and was mentioned before the bench after midnight and the stay order was passed at 1:40 AM, hours before his execution.

Koli was to be hanged on the early morning of September 8, in Meerut jail, where he has been kept in a high-security barrack.

The lawyers had sought review of the apex court’s July 24, 2014 order dismissing the plea to stay the execution of death sentence awarded to Koli.

While seeking stay of execution of the capital punishment, the plea had referred to the September 2 verdict of the apex court in which it had held that the review plea of condemned prisoners must be given an open court hearing.