Rahul Gandhi shared a video in which families, who lost their dear ones due to Covid in Gujarat, alleged that they did not receive timely help from the government. 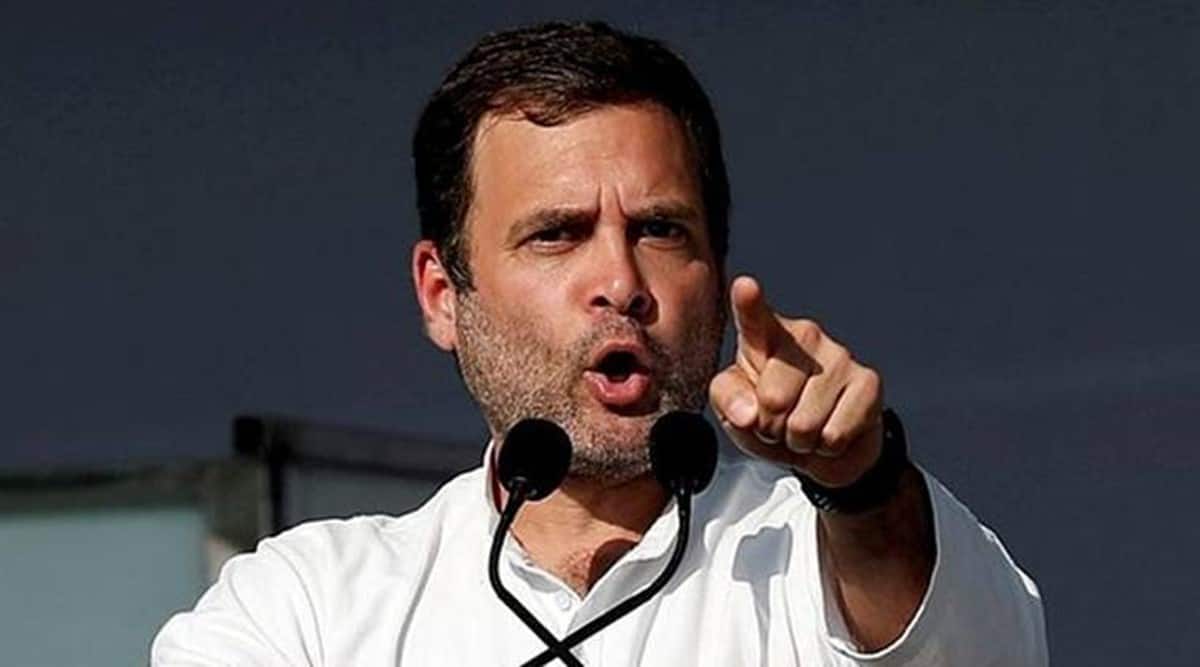 Rahul Gandhi also attacked the "Gujarat model" which the BJP has projected as the best in the country.

Former Congress chief Rahul Gandhi on Wednesday demanded that the government provide credible data on Covid deaths in the country and pay a compensation of Rs 4 lakh each to families of Covid-19 victims.

Gandhi shared a video in which families, who lost their dear ones due to Covid in Gujarat, alleged that they did not receive timely help from the government.

He also attacked the “Gujarat model” which the BJP has projected as the best in the country.

“The Congress party has two demands that credible data on Covid deaths be disclosed and compensation of Rs four lakh be given to the families of those who lost their kin due to COVID-19.The government will have to ease the pain of people and they should get compensation,” he said in a tweet in Hindi, using the hashtag “#4LakhDenaHoga”.

In the 4.31 minute video as part of “Congress Nyay campaign”, Gandhi said the Gujarat model is much talked about but the families whom they talked to said that during Covid times they neither got a hospital bed nor a ventilator.

“When you had to help them in the hospital, you were not there and when they lost Rs 10-15 lakh in hospital and also their family members, you were still not there to provide compensation. What type of Government is this,” he asked.

“The official tally says 10,000 people died due to Covid, but the truth is three lakh,” he claimed.

He said in today’s Gujarat model, only Rs 50,000 is being paid as compensation to people losing their kin due to Covid, whereas they should get Rs three lakh each.

“The prime minister has Rs 8,500 crore for buying a new plane, but the government has no money for paying compensation to those who lost their family members due to Covid,” he said.

Gandhi said the Congress wants the government to pay compensation of Rs four lakh to all the lakhs of people who died due to Covid in the country.

“Some select industrialists are being handed over the country and have been given relief in tax of lakhs of crore during Covid times, but the poor people of India are not being paid compensation due to Covid deaths,” he alleged.

“The Congress party will exert pressure on the government and will make sure compensation of Rs four lakh each is paid to all those poor families who lost their kin due to Covid,” Gandhi said in the video.

The Congress has stepped up its campaign against the BJP in Gujarat, which goes to polls late next year.