The mother decided to donate her uterus as her daughter was born without one. “What is the use of my uterus if it cannot help my daughter?” the mother had told the transplant team. 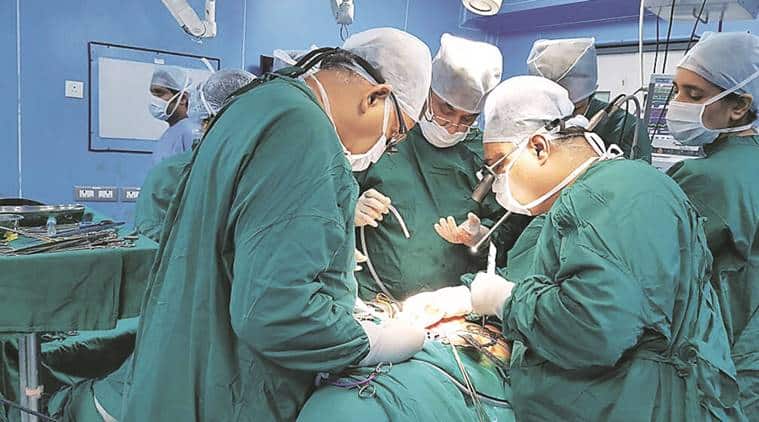 Doctor Shailesh Puntambekar said he and his team were euphoric after successfully conducting the country’s first uterus transplant in a day-long operation at Pune’s Galaxy Care Hospital.

“The first case always takes time and in the case of this 21-year-old girl who was born without a uterus, we had to recreate the blood supply before fitting the womb that was donated by her 41-year-old mother,” Puntambekar, who is the director of the hospital, told The Indian Express.

The mother decided to donate her uterus as her daughter was born without one. “What is the use of my uterus if it cannot help my daughter?” the mother had told the transplant team.

On Thursday, the woman from Akkalkot in Solapur was fitted with the donated womb in a procedure that went on till late Thursday night.

“We started at noon on Thursday. It took us four-and-a-half hours to retrieve the uterus from the 41-year-old woman,” Dr Puntambekar said.

“The uterus needed to be properly anchored to nearby organs and the blood supply had to be recreated. So we had to take extreme care for vascular anastomosis (connection to blood vessels),” Dr Jadhav explained.

This is the first such case in the country and hence, it took time. The operation was completed by 9 pm. According to the doctors, both mother and daughter have responded well.

“Initially, the transplant had been planned on another patient — a 26-year-old woman from Baroda,” Dr Milind Telang, a gynaecologist on the team, said. But because of fitness related issues, that transplant will be performed on her on Friday. Telang along with Dr Pankaj Kulkarni, Dr Uday Phadke and others were on the team and said the transplant was a huge achievement in the field of medicine.

The hospital was like a fortress on Thursday. Restricted entry for visitors or relatives of patients and a strict refusal to entertain media on the premises had the security personnel on its toes. “We are not taking any chances. This is a complicated surgery and the team has been preparing for it for a year now,” Puntambekar, Director of Galaxy Care Hospital, said.

Puntambekar, an oncosurgeon, has developed laparoscopic radical hysterectomy for cancer of the cervix — known as the Pune technique. “Our team has perfected the technique and we have practised on human cadavers in Tubungen, Germany, and the USA,” he had told The Indian Express earlier.