With Omicron threat looming over the festive season, Kerala became the latest state to impose a night curfew. (Express Photo by Narendra Vaskar)

Coronavirus Omicron Highlights: Delhi on Tuesday reported 496 new Covid-19 cases with a test positivity rate of 0.89 per cent. The national capital also recorded one related death. With this, the active coronavirus infection rose to 1,612. Delhi has so far reported 165 Omicron cases. The Delhi government has implemented a Yellow alert for Covid-19 from Tuesday. Cinemas, banquet halls, auditoriums, spas, gyms and entertainment parks will remain shut. Restaurants, bars will be opened at 50 per cent capacity till 10 pm and there will be a complete ban on all kinds of gatherings.

People aged 60 years and above with co-morbidity will not be required to produce or submit any certificate from doctor at the time of administration of precaution dose of COVID-19 vaccine, the Centre told states and union territories on Tuesday. Such persons are expected to obtain the advice of their doctor before deciding to avail of the precaution dose or third dose. In a letter to states and UTs, Union Health Secretary Rajesh Bhushan said personnel to be deployed in election duty in the poll-bound states will be included in the category of frontline workers.

Central Drugs Standard Control Organisation (CDSCO) on Tuesday gave emergency use authorization approval to Covovax and Corbevax covid-19 vaccines along with anti-viral drug Molnupiravir in a single day, Health Minister Mansukh Mandaviya said. “All these approvals will further strengthen the global fight against the pandemic,” he added.

India’s Omicron cases went up to 653 on Tuesday, with the highest being reported from Maharashtra at 167, followed by Delhi with 165 cases, Kerala 57, Telangana 55 and Gujarat at 49. Meanwhile, the country recorded 6,358 new covid-19 infections in the last 24 hours. Active cases currently stand at 75,456 while the recovery rate is at 98.90 per cent.

Tripura ready to start vaccination for those aged between 15 and 18 years: Minister

Tripura has 6,64,319 Covid-19 vaccines in stock and is ready to commence vaccination for individuals between 15-18 years of age from January 3 along with the rest of the country, Tripura Information and Cultural Affairs (ICA) Minister Sushanta Chowdhury said Tuesday.

Speaking to reporters at the state secretariat in Agartala, the minister said the overall Covid situation in Tripura is “under control” and satisfactory. Read More

Gujarat reported 394 Covid-19 cases on Tuesday, its highest single-day addition since June 14 when the figure was 405, raising the state's tally to 8,29,957, an official said. The last time the number of cases crossed 300 was on June 15, when 352 people were detected with the infection, he pointed out.

Of the new cases, Ahmedabad city accounted for 178, followed by Surat with 52, Rajkot 35, and Vadodara 34 cases, among others. (PTI)

Karnataka recorded 356 new cases of Covid on Tuesday of which, 269 were from Bengaluru Urban, which a day earlier had seen 172 cases.

The state health department also informed about two deaths, one each in Bengaluru and Hassan. The total active cases in the state now stands at 7,456 of which 6,122 are in Bengaluru Urban. The day also saw 347 recoveries. Read More

Night curfew imposed at Jawaharlal Nehru University from December 27 between 11 pm to 5 am, until further orders; no restrictions on the movement of emergency services, like medical emergency & supply of goods: JNU Administration

Delhi | Night curfew imposed at Jawaharlal Nehru University from Dec 27 between 11 pm to 5 am, until further orders; no restrictions on the movement of emergency services, like medical emergency & supply of goods: JNU Administration pic.twitter.com/4fmwuyrwuw

Delhi on Tuesday reported 496 new Covid-19 cases with a test positivity rate of 0.89 per cent. The national capital also recorded one related death. With this, the active coronavirus infection rose to 1,612.

With seven more people testing positive for Omicron in Kerala, the total number of infections by the new variant of Covid-19 in the state has reached 64, the Health Department said on Tuesday. Of the seven cases, four were detected in Pathanamthitta, two in Alappuzha and one in Thiruvananthapuram, the department said in a release.

Of these, two persons had returned from the UAE and one each from Ireland, Qatar, Italy and Tanzania, while one person got infected via contact, it said. The state government, which had put in place night restrictions -- between 10 pm to 5 am -- from December 30 to January 2, said that in view of the possible increase in spread of Omicron, theaters have been asked not to screen films after 10 pm. (PTI)

Personnel to be deployed on election duty in the five poll-bound states will be included in the category of frontline workers and would be entitled to the precaution dose of Covid-19 vaccine, amid growing indications that the elections may be held on time. The Election Commission is likely to announce the dates of assembly elections for Uttar Pradesh, Uttarakhand, Goa, Punjab and Manipur early next month.

In a letter to states and UTs, Union Health Secretary Rajesh Bhushan said on Tuesday that personnel to be deployed in election duty in the poll-bound states will be included in the category of frontline workers. "As a matter of abundant precaution, for those healthcare workers and frontline workers who have received two doses, another dose of Covid-19 vaccine would be provided from January 10, 2022. The prioritisation and sequencing of this precaution dose would be based on the completion of nine months i.e. 39 weeks from the date of administration of the second dose," he said in the letter.

Separately, the Union health ministry issued a statement later on Monday, saying the Centre has reviewed public health response measures and vaccination status with the poll-bound states. The ministry has advised ramping up vaccination of all eligible population through a district-wise weekly plan with daily review, according to the statement. The health ministry statement said testing is to be "exponentially accelerated" to curb the sudden surge of COVID cases. "While Uttarakhand and Goa have reported vaccination coverage for the first and second doses higher than the national average, Uttar Pradesh, Punjab and Manipur have COVID-19 vaccination coverage numbers below the national average," it said. (PTI)

Kerala recorded 2,474 new Covid-19 cases on Tuesday, according to the data shared by the health department. Along with 38 more Covid-related deaths, the health department also reported 206 deaths that are newly certified as Covid-19 deaths based on the revised rules. With this, the death toll in the state climbed to 47,066.

Meanwhile, 3,052 recoveries were also reported in the state.

Gujarat govt to set up COVID-19 vaccination camps at schools

The Gujarat government will set up camps at schools to inoculate as many as 35 lakh children in the 15 to 18 years age group, a senior official said here on Tuesday. Online registration for vaccination will start from January 1.

As per the guidelines issued by the Union Health Ministry, children in this age group will receive only Covaxin doses. "Online registration will begin from January 1, but on-site registration is also available. We will approach schools in coordination with the education department to cover an estimated 34-35 lakh beneficiaries," said Additional Chief Secretary (Health) Manoj Aggarwal. (PTI)

Samples of two persons returned positive for the Omicron variant of Covid-19 in Puducherry on Tuesday. The health department said that one of the patients is an 80-year-old elderly person, whereas the other is a 20-year-old woman.

Speaking to indianexpress.com, G Sriramulu, the director of the Department of Health, said special teams have been formed to trace the contacts of the infected persons. He added that the infected persons don’t seem to have any travel history as per initial reports. Read More

Those aged above 60 yrs and with comorbidities need not produce/submit any certificate from doctor for precautionary dose: Union Health Ministry

All persons aged 60yrs&above with co-morbidities will not be required to produce/submit any certificate from the doctor, at the time of administration of precaution dose, Union Health Ministry said on Tuesday. However, it recommended such persons to obtain the advice of their doctor before deciding to avail of precaution dose.

#COVID19 | All persons aged 60yrs&above with co-morbidities will not be required to produce/submit any certificate from the doctor, at the time of administration of precaution dose: Union Health Ministry

Covid-19 vaccine for aged 15-18 years | Appointments can be booked online or onsite (walk-in). Services in the on-site (walk-in) mode will be available subject to the availability of vaccination slots: Union Health Ministry

#COIVID19 vaccine for aged 15-18 years | Appointments can be booked online or onsite (walk-in). Services in the on-site (walk-in) mode will be available subject to the availability of vaccination slots: Union Health Ministry

Biological E. Limited plans to complete production at a rate of 75 million doses of its Covid-19 vaccine Corbevax per month, anticipating over 100 million doses per month from February 2022 which will enable the city-based company to deliver 300 Million doses as promised to the Centre, BE said on Tuesday.

According to a press release issued by the vaccine maker soon, the company plans to deliver more than one billion additional doses globally. (PTI)

Vaccine major Serum Institute of India (SII) on Tuesday said the approval for the COVID-19 vaccine 'Covovax' would strengthen immunization initiatives across India and various lower and middle income countries (LMICs) across the world.

'The approval of Covovax by DCGI is a significant milestone in strengthening our immunization efforts across India and LMICs. We are proud to deliver a highly-effective protein-based COVID-19 vaccine of more than 90 per cent efficacy rate, based on clinical data demonstrating a favorable safety profile. 'We are certain that as the repertoire of the COVID-19 vaccine increases, we will be poised strongly to save the lives of millions of people against the pandemic,' SII CEO Adar Poonawalla said in a statement. 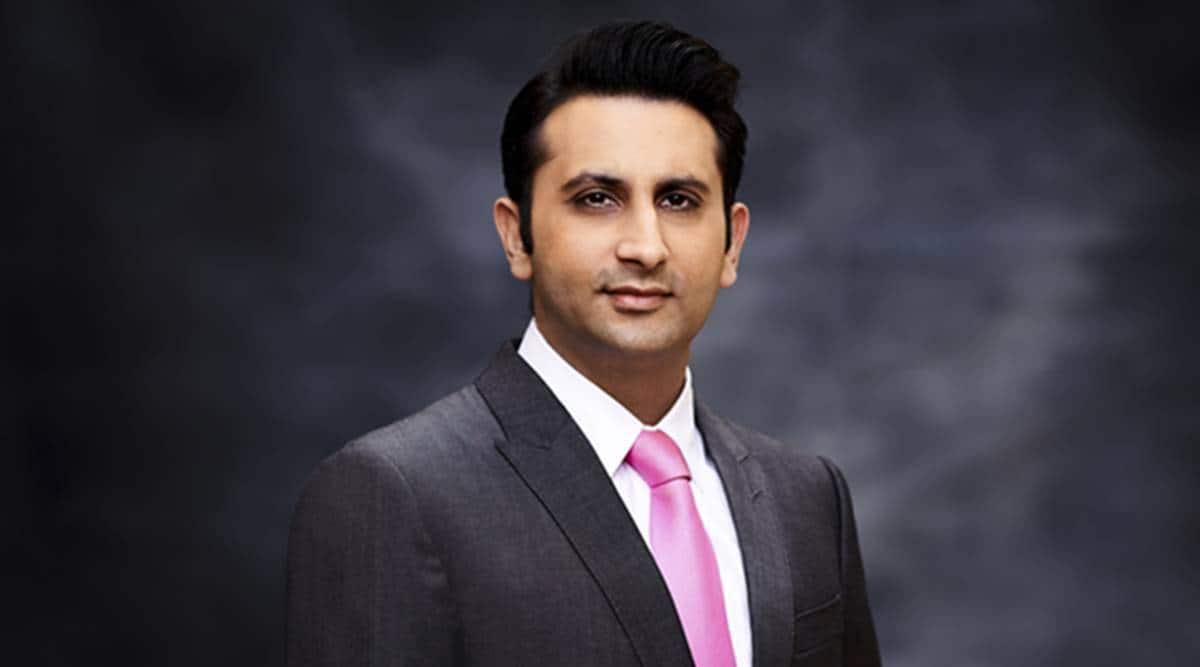 Delhi Chief Minister Arvind Kejriwal on Tuesday said that due to rising Omicron cases, a Yellow alert for Covid-19 will be implemented and more restrictions will be imposed.

Maharashtra School Education Minister Varsha Gaikwad on Tuesday said she has tested positive for coronavirus. The minister, who contracted the viral infection last year also, had been attending the ongoing winter session of the state Legislature and replied to various questions pertaining to her ministry in the state Legislative Council on Monday.

I learned today that I tested positive for COVID-19 after first feeling symptoms yesterday evening. My symptoms are relatively mild. I'm fine and have isolated myself. Request those who met me the past few days to take precautions.

Have tested positive for #COVID

If you have come into contact with me in the last three days, and have symptoms, please seek medical advice.

The first case of Omicron in Himachal Pradesh was reported in Mandi district a few days ago, state health secretary Amitabh Avasthi said Sunday. A 45-year-old woman tested positive for the new Covid-19 variant on December 12. Her RT-PCR test was conducted at the Indira Gandhi Medical College and Hospital.

Meanwhile, Karnataka government decided to ban New Year parties and gatherings in public places, and impose “night curfew” for 10 days from December 28, between 10 pm to 5 am.

A total of 422 cases of the Omicron variant have been reported across 17 states and Union Territories, of which 130 people have recovered.

Prime Minister Narendra Modi announced on Saturday that vaccination against COVID-19 for children between 15-18 years will start from January 3, while “precaution dose” for healthcare and frontline workers would be administered from January 10, decisions that come amid rising Covid cases linked to the Omicron variant of the virus.

In an address to the nation, he said the precaution dose will also be available for citizens above 60 years of age and with comorbidities on the advice of their doctor from January 10 next year as well.