The minister’s comments came in the wake of the EC’s proposal to introduce remote voting for domestic migrants coming in for criticism from most political parties. 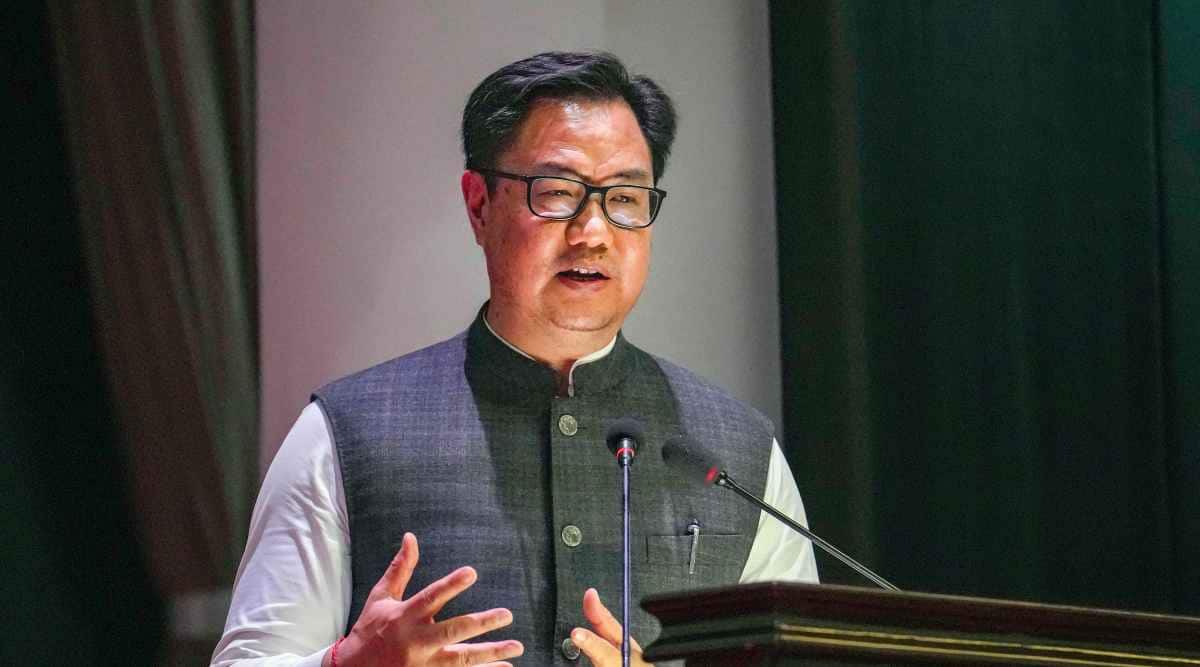 With “many” proposals of the Election Commission (EC) “pending” with the government, Union Law and Justice Minister Kiren Rijiju on Wednesday said any electoral reform step should be taken after extensive consultation with stakeholders, including political parties.

Rijiju’s comments come in the wake of the poll panel’s proposal to introduce remote voting for domestic migrants coming in for criticism from most political parties.

The EC had invited political parties for a discussion, and to watch the prototype Remote Voting Machine, on January 16. However, the presentation was put off after nearly all parties asked for further discussion on the topic.

Speaking at the EC’s celebration of the 13th National Voters’ Day in Delhi on Wednesday, Rijiju said, “At this time, we have many proposals pending with us, but I believe we should go forward with any electoral reform after a lot of discussion. It has been our practice to have discussions with political parties; sometimes even taking suggestions from the general public and continuous consultation with the government. This is a symbol of a vibrant democracy. Any step should be taken after discussion.”

The three-member EC and President Droupadi Murmu also spoke at the event.

Over the years, the Election Commission has been pushing for a range of poll reforms to clean up the election process. One of the long-pending demands has been that the Commission be given the power to deregister political parties. Among the more recent proposals of the EC pending with the government are allowing NRIs to use postal ballots, and making it mandatory for parties to declare all donations above Rs 2,000 each, instead of the existing limit of Rs 20,000. The EC has also proposed capping the amount of cash donations to a party to 20% of the total, or a maximum of Rs 20 crore.

Chief Election Commissioner Rajiv Kumar said Rijiju was holding “marathon meetings” on the EC’s reform agenda. “I am sure that in times to come…soon, we will see (a) battery of reforms…” he said.

Speaking on the occasion, Rijiju cited some of the reforms enacted by Parliament, including increasing the qualifying date for those turning 18 years from the earlier one date — that of January 1 — to four dates each year. This, he said, had led to 1.5 crore new electors being added to the rolls since its implementation in 2022.

The minister said the government will always cooperate with the poll panel to “bring all necessary positive changes as per the requirement of time”, and that he himself was in regular touch with EC officers.

Stating that free and fair elections can only be conducted if the EC is empowered, independent and enjoys trust of the people, Rijiju said the faith political parties have in the Commission is a major reason for the strength of India’s democracy.