Legislature, executive, judiciary need to have ‘one thinking’: President Murmu 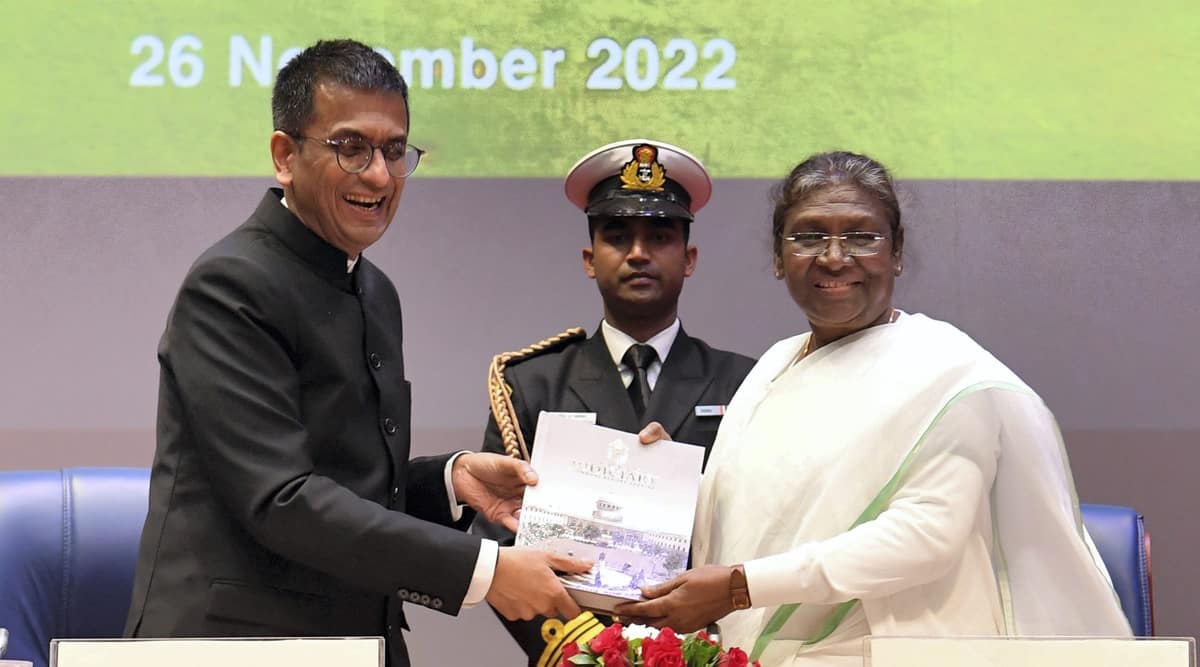 President Droupadi Murmu on Saturday said the legislature, the executive and the judiciary need to have “one thinking” for the country and its people.

“The three wings of the government — legislature, executive and judiciary — there has to be one thinking somewhere for the country and its people (Sabka mann, sabki soch ek honi chahiye),” she said in her valedictory address at the Constitution Day celebrations organised by the Supreme Court.

Murmu said there is a need to do something for these poor people in prisons.

Checks and balance need to be there, but somewhere we need to work together, she said.

“Our job is to think about people (poor undertrials languishing in jails). We all have to think and come out with some way… I am leaving it all on you,” Murmu said amid huge rounds of applause.

She said these people are in jails for slapping somebody or for similar minor offences, and they were slapped with legal provisions even as some of these provisions do not apply in such cases.

“I come from a very small village. Where I was born, people there considered three people as god — teachers, doctors and lawyers,” the president said.

People are even willing to give away all their money and property to doctors and lawyers to help them overcome their troubles, she said.

Murmu said people do not get their family members freed from jails as they feel their properties and utensils at home would have to be sold (in the process).

On the other hand, there are some people who do many things, even kill others, but they are roaming free, she said.

“It (cases of people landing up in prison after doing petty crimes) is a burden on the government… I leave this to you (referring to judges and the law minister),” the president added.