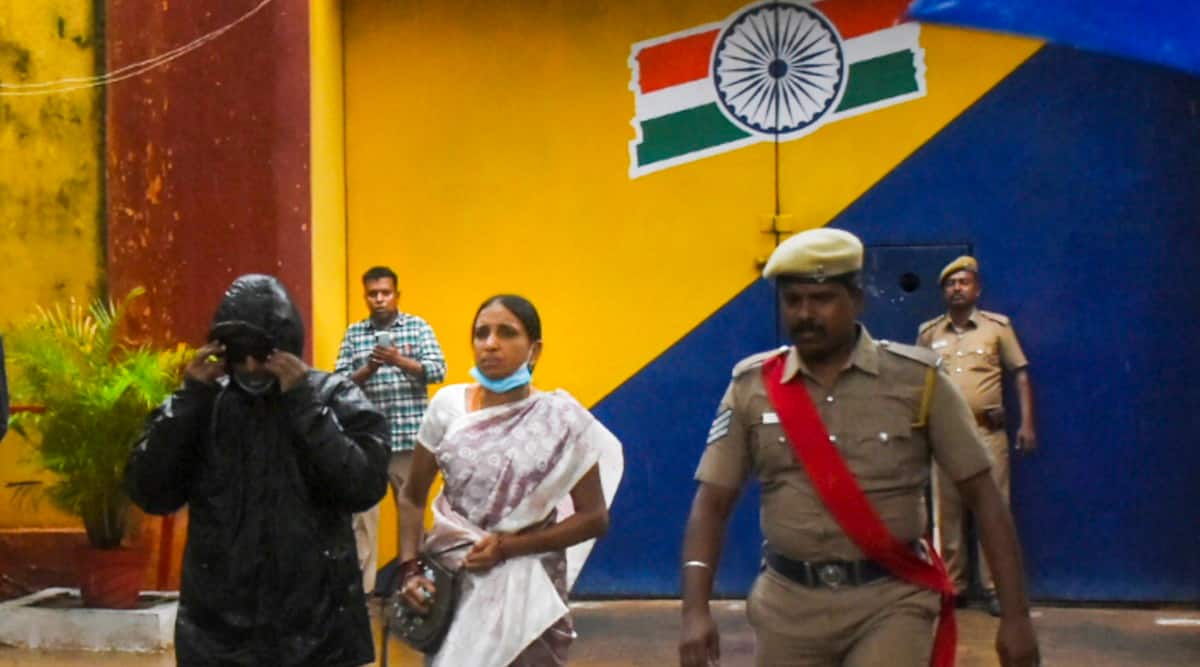 Nalini Sriharan, one of the convicts in the Rajiv Gandhi assassination case, being released from prison, in Vellore, Saturday, Nov. 12, 2022. (PTI Photo)

Days after the Congress severely criticised the Supreme Court verdict ordering premature release of all six remaining convicts who were serving life sentences in the Rajiv Gandhi assassination case, the party has now decided seek a review of the order.

The party, however, is yet to decide whether to file an independent review petition or join the Union government’s review application.

“We intend to intervene. Our statement of intent is there. But whether we will do it as an intervenor in the Central government’s review petition or in any other modality…we will decide nearer to the date,” senior Congress leader Abhishek Singhvi told The Indian Express on Monday.

The review will be sought in the next few days, party sources said.

The Congress’s move on Monday came days after the government approached the Supreme Court seeking a review of its order for premature release of the convicts. The Centre had said that the order granting remission to the convicts was passed without affording it adequate opportunity for hearing, even though the government was a necessary party to the case.

On November 11, the Supreme Court had directed the premature release of the six, including Nalini Sriharan and R P Ravichandran, serving life terms in the case. It noted that the Tamil Nadu government has recommended remission of their sentence.

The Congress’s decision is interesting since members of the Gandhi family have made statements in the past suggesting they have forgiven Rajiv Gandhi’s killers. Sonia Gandhi, for instance, had in 1999 written to then President K R Narayanan, urging him to commute the capital punishment awarded to convicts, including A G Perarivalan, Santhan, Murugan and his wife Nalini Sriharan.

In 2008, Priyanka Gandhi Vadra had met Nalini at Vellore Central Jail. Neither Sonia nor Rahul Gandhi or Priyanka has commented on the SC verdict. The party’s decision, however, is unlikely to have come without their knowledge or approval.

The Congress had in the past maintained that it respects the position of the Gandhis but as an institution it has to take a stand on the release of terror convicts.

It had reiterated its stance on the day of the verdict as well. “Certainly Sonia Gandhi is entitled to her personal views but with greatest respect the party does not agree with that view, has never agreed with that view and made our view consistently clear for the last decade or so. And we stand by that view,” Singhvi had then said.

“The decision of the Supreme Court….is totally unacceptable and completely erroneous. The Congress party criticises it clearly and finds it wholly untenable. It is most unfortunate that the Supreme Court has not acted in consonance with the spirit of India on this issue,” AICC general secretary in charge of communications Jairam Ramesh had said.

Germany gearing up to handle pressure in group opener against Japan