The surprise move is being seen by a section of leaders within the party as either a part of the leadership’s “Plan B” or a “smokescreen” to pressure Rajasthan Chief Minister Ashok Gehlot to accept the leadership’s wish that he contest for the top post and leave the decision on his successor in the state to the Gandhis. 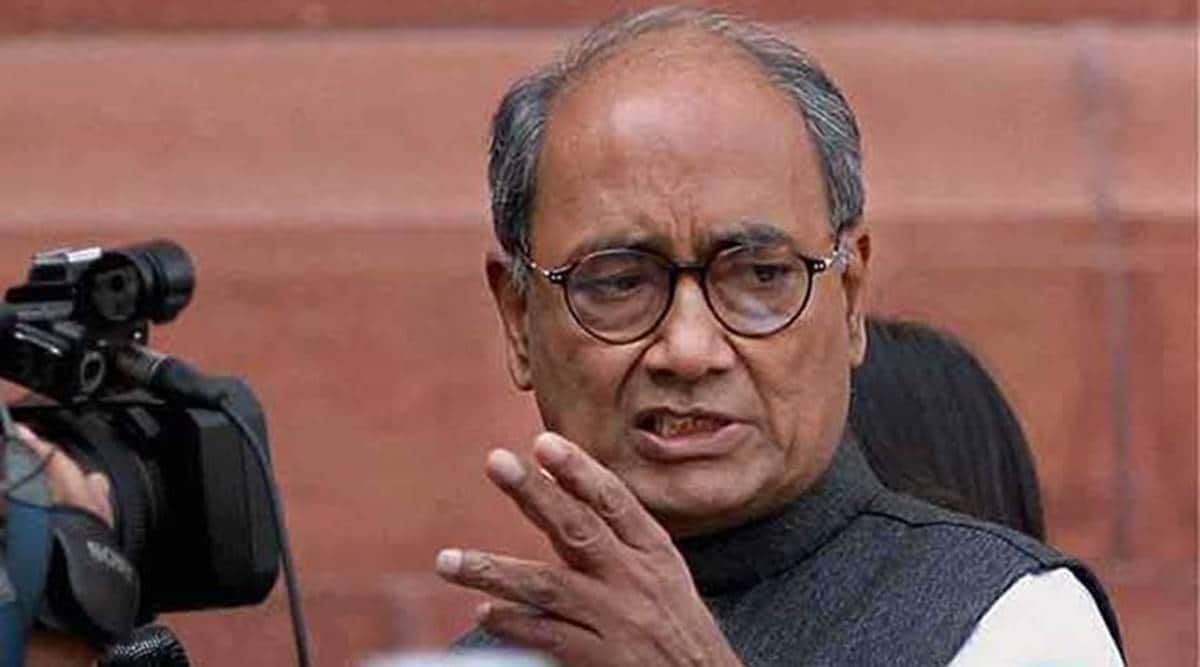 IN A fresh twist to the Congress presidential election saga, veteran party leader Digvijaya Singh Wednesday signalled his intention to throw his hat into the ring.

Sources close to Singh, who was Madhya Pradesh Chief Minister during the Congress’s troubled decade from 1993 to 2003, said he will file his nomination papers for the top post. Singh is expected to arrive in Delhi from Kerala Wednesday night and file his papers on Thursday or Friday, the last day for nominations. Congress central election authority chairman Madhusudan Mistry is said to be unavailable Thursday.

The surprise move is being seen by a section of leaders within the party as either a part of the leadership’s “Plan B” or a “smokescreen” to pressure Rajasthan Chief Minister Ashok Gehlot to accept the leadership’s wish that he contest for the top post and leave the decision on his successor in the state to the Gandhis.

The latest development comes at a time when the standoff between Gehlot and the Congress high command showed no signs of easing. An expected meeting between Gehlot and Congress president Sonia Gandhi did not take place and the Chief Minister delayed his departure from Jaipur. Sources said the delay was because there was no signal from Gandhi’s office on the meeting, and that Gehlot could meet her on Thursday. He finally left Jaipur at 9.30 pm.

Sonia, meanwhile, met veteran leader A K Antony. Soon after the meeting, AICC treasurer Pawan Kumar Bansal went to Kerala House, where Antony is staying, to meet the leader who has been called out of semi-retirement to help resolve the crisis. Sources said Antony is of the firm view that the Gandhi family’s supremacy cannot be challenged.

Asked whether he was in contention for the Congress presidency, Antony said, “Am I a fool? I know my health condition. I left national politics because of that.” Asked who he would support, he said, “Don’t expect my opinion in public now.”

The high command was cut up over the open defiance shown by the Gehlot camp on Sunday when MLAs loyal to him boycotted an official CLP meeting called to set in motion the process of finding his successor in Rajasthan, and held a parallel meeting. Gehlot is still firm that a person close to him, and not his state rival Sachin Pilot, should be appointed his successor. But his departure to Delhi after waiting for the whole day signals forward movement.

But Gehlot’s remarks to his camp Tuesday that he had not been keen to contest for the top post earlier, too, and comments by his confidante Pratap Singh Khachariyawas Wednesday that the Chief Minister will communicate the emotions of 102 MLAs to the leadership, are signals that this group is continuing to play hard ball.

Also Read |For Rajasthan Congress, that sinking feeling: It ain’t over till Ashok Gehlot swings

Sources close to Singh said he was serious about the contest, which has opened up with the Gandhis preferring to remain neutral. Late Wednesday, Singh and AICC general secretary in-charge of organisation K C Venugopal took the same flight to Delhi.

Meanwhile, sources close to Mallikarjun Kharge, the other name in the mix, reiterated that he will think about entering the fray only with the backing of the Gandhis. He is not averse to contesting but will do so only if Sonia Gandhi asks him to do so, sources said.

Among the other possible contenders, Madhya Pradesh Congress president Kamal Nath Wednesday made it clear that he was not interested in contesting.

Nath said he had told Sonia Gandhi when he met her Monday that he would not leave Madhya Pradesh as Assembly elections are just a year away. “I will not take this responsibility because this will take away my focus from Madhya Pradesh,” he said.

As Congress president, he said, he will have to focus on Gujarat and Himachal Pradesh first in view of the upcoming Assembly elections there and then prepare a strategy for every state.

Nath said he had a word with Rahul Gandhi, too. “I urged him to contest so that all this (ongoing uproar) could be ended. I told him things are getting complicated. But he said he does not want to become (the party president),” he said.