Indian National Congress 84th Plenary Session Highlights: The session, which is a first since Gandhi's elevation to the presidential post, is called 'Change is now' and is aimed at projecting young faces of the party at the forefront. Follow this space to track the latest developments. 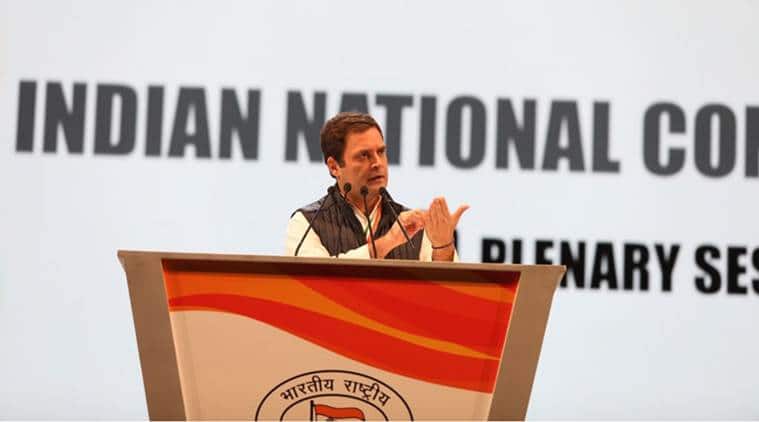 Giving out his vision for India, Congress President Rahul Gandhi on Sunday said that the party needs to embrace a change. Speaking at the AICC Plenary Session, Gandhi said that he will remove the barrier between the workers and the senior leadership which exists in the party. Reflecting on the previous UPA regime, Gandhi said, “Last government we formed did not stand up to the expectations of the country and the people felt let down by us.”

Addressing the session, Gandhi slammed the BJP and said that they never accept their mistakes and the Prime Minister thinks of himself as an incarnation of the god. Gandhi left no chances of mocking the Prime Minister and said, “The PM diverts our attention and jumps from one event to another from Gabbar Singh tax to yoga in Parliament but never talks about the issues.” Taking a jibe at Modi, Gandhi said, “What does Modi actually mean? The name Modi symbolises the collusion between India’s biggest crony capitalists and the prime minister of India.”

Earlier, Navjot Singh Sidhu advised Rahul Gandhi to embrace workers so that they will make him hoist the flag at Red Fort.” Congress senior leader and former finance minsiter P Chidambaram too attacked the BJP-led government on the decision to implement demonetisation, he also made a jibe at the RBI and their ‘delay in counting old notes’. He called demonetisation a big lie and that RBI should get the hundi collectors from Tirupati to count the money.

In pictures | See glimpses of the meet on its concluding day