The Congress on Friday alleged in the Lok Sabha that a senior executive of a prominent news channel and two other staffers had recently quit due to pressure from the government for airing stories critical of the ruling establishment. 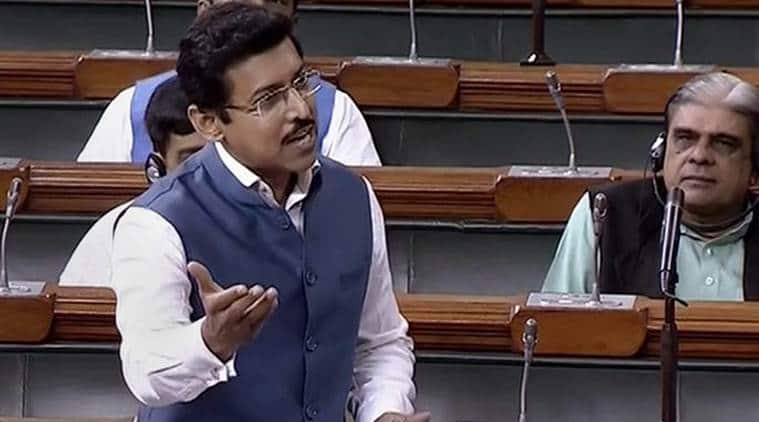 The Congress on Friday alleged in the Lok Sabha that a senior executive of a prominent news channel and two other staffers had recently quit due to pressure from the government for airing stories critical of the ruling establishment. Strongly refuting the charge, Information and Broadcasting Minister Rajyavardhan Singh Rathore said the government has nothing to do with the internal developments of the channel and the opposition was raising the matter as it has no issues to flag in the House.

“No showcause notice was served on the channel when it was running wrong news. The government has nothing to do with it (the resignations)…The TRP (rating point) of the channel is going down,” Rathore said.

Though Kharge named the channel and the executive who had quit, Lok Sabha Speaker Sumitra Mahajan said the name of the private entity and its employees would not go on record. Raising the issue during Zero Hour, Kharge alleged that the senior executive, who had served in the channel for 14 years, and the two other employees, were forced to quit following government pressure after it carried out a “reality check” on a claim by a woman farmer from Chhattisgarh during an interaction with Prime Minister Narendra Modi that her farm income had doubled.

“It is unfortunate that the media is being targeted for doing its duty, for carrying out reality checks on the government’s claim. The media is being intimidated. The Managing Editor (of the channel) was told to go. Two anchors of the channel were also asked to go,” the leader of the Congress in Lok Sabha alleged.

Days after the woman had said during a video conferencing with Modi in June that her income had doubled, the channel had aired a story in which she said she was tutored by officials to make the comment. After the story was telecast, the woman stuck to her remarks that her income had doubled as she had shifted from paddy cultivation to ‘sitafal’ (custard apple) farming and denied that she had been tutored.

“After the channel ran the reality check, the government put pressure on the channel. The owners of the channel were under pressure (to remove them).

“The Constitution has given the right to freedom of speech and expression… Attempts are being made to suppress the media which is not good,” Kharge said.

Top China, US diplomats meet amid trade tensions in Singapore