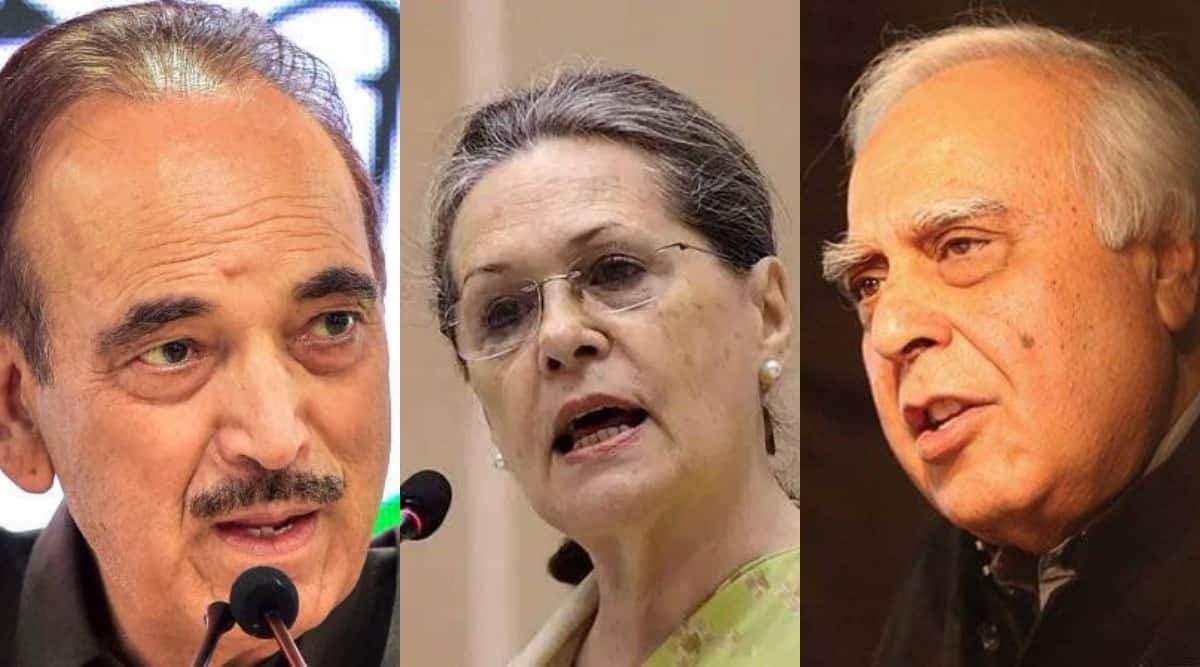 UPA chairperson Sonia Gandhi Saturday held a meeting of some of the 23 senior Congress leaders who wrote to her four months ago seeking sweeping changes in the party’s organisation and an effective, full-time leadership.

The five-hour meeting, which also included some of Sonia Gandhi’s close associates, was significant as it was the first effort by the Congress leadership for a rapprochement with the ‘letter-writers’ who had raised questions over the leadership.

Asserting that there was no dissidence in the Congress, party leader Pawan Bansal, a Sonia Gandhi loyalist, said the meeting was held on a positive note and in a congenial atmosphere with all the leaders expressing their views and suggesting ways to make the party stronger.

“We discussed the future of the party. It was a constructive meeting in which senior leaders including Sonia Gandhi, Rahul Gandhi and Priyanka Gandhi discussed the current situation of the party and ways to strengthen it,” news agency ANI quoted Congress leader Prithviraj Chavan as saying.

Chavan said this was the first meeting to discuss ways to strengthen the party and more such meetings would be held. He said ‘Chintan Shivir’ like those held in the past in Shimla and Panchmarhi would be organised.

The Congress had organised both the Pachmarhi and Shimla ‘Chintan Shivirs’ when the party was in the opposition. While the Pachmarhi Shivir was organised in September 1998 when Gandhi had just taken over the party’s reins, the Shimla Shivir was held later in July 2003.

The meeting–the first attempt at rapprochement from both sides– was arranged after 7-8 key leaders from among the 23 met several times in Delhi over the past week. A list of potential attendees was sent to Sonia, out of which a select group will meet her, sources told The Indian Express.

Former Madhya Pradesh chief minister Kamal Nath is learnt to have coordinated the meeting. Nath has met Sonia twice after she returned from Goa after a fortnight’s break earlier this month. “The senior-most leadership of the Congress will attend the meeting to resolve organisational matters and find a way forward,” a senior Congress leader said.

On the eve of the crucial meeting Friday, the Congress had asserted that 99.99 per cent of leaders and workers believe that Rahul Gandhi is the right person to lead the party.

“Yes the election of the Congress president will be held as per the electoral college…but we certainly feel and many people like me feel that Rahul Gandhi should lead the Congress party from the front. The final call will be his,” Congress communication department head Randeep Surjewala said at an AICC press meet.

As for Saturday’s meeting, he said there is no dissension in the party. “This is not a meet of any specific group of leaders. This is not a meet of any dissenters or rebels because we consider each leader, each worker of the Congress party as part of the family. And addressing the issues raised by some of the senior leaders, friends and colleagues, the Congress party had already decided to hold the election for the post of president of the Congress. That process is currently underway.”

The Indian Express had on August 23 reported on the unprecedented letter written by the 23 senior leaders, including five former chief ministers, many Congress Working Committee (CWC) members, sitting MPs, and several former union ministers. But at its meeting two days later, the CWC neither discussed the contents of the letter nor gave any specific commitments on the way forward. Instead, member after member attacked the 23 rebels, questioned and criticised the intent and timing of their letter, and pledged loyalty to the Gandhi family.

Besides calling for a wide ranging reforms, decentralisation of power, empowerment of state units, elections to the Congress organisation at all levels from the block to the CWC, and the urgent constitution of a central parliamentary board, the leaders had argued that uncertainty over the leadership and the “drift” in the party had demoralised workers and weakened the Congress.

Ayodhya Ram temple Trust to seek donations from half of India