Jyotiraditya Scindia, who lost the 2019 Lok Sabha elections from the Guna-Shivpuri constituency, has taken on the Kamal Nath government in the past too. 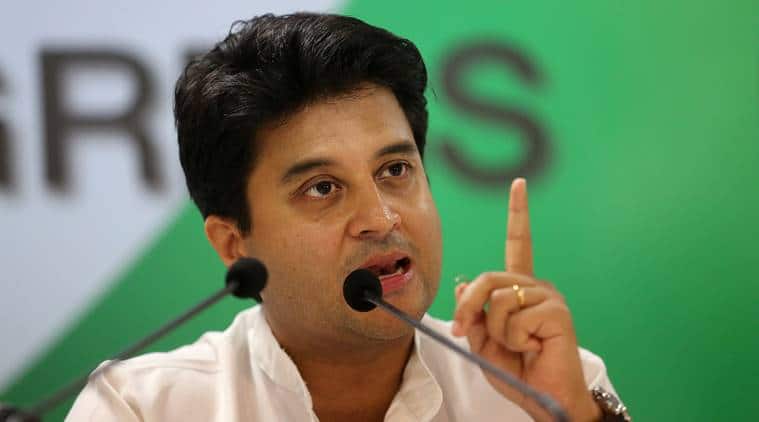 SENIOR CONGRESS leader Jyotiraditya Scindia has threatened to take to the streets against his own party’s government in Madhya Pradesh if the demands of guest teachers are not accepted.

“Our manifesto (for Assembly elections) had promised to fulfil your demand. The manifesto is a sacred book for us. If every promise is not fulfilled, I will take to the streets with you. Don’t think you are alone,’’ he said in Kundila village in Tikamgarh. He was addressing a rally when the guest teachers raised slogans.

Guest teachers have been protesting for weeks in Bhopal demanding that their services be regularised.

Scindia, who lost the parliamentary elections from Guna-Shivpuri constituency, has taken on the Kamal Nath government in the past too.

Calling the outcome of the Delhi elections “extremely disappointing”, Scindia had said on Thursday that the country has changed and the oldest national party should go to people with a new ideology.

BJP spokesman Lokendra Parashar took a dig at Scindia, saying, “You had earlier announced a campaign against sand mafia and now you are talking of taking to the streets for teachers. Mere announcements won’t help, you should do something…”

You didn’t act, why blame us: EC sends a letter to S Y Quraishi over his critical piece