‘Congress needs to target BJP with surgical strikes, not its own’: Sibal condemns attack on Jitin Prasada

Both Sibal and Prasada were among the 23 signatories to the letter to party chief Sonia Gandhi, seeking an active full-time party chief and an organisational overhaul. Prasad is also a special invitee to the Congress Working Committee. 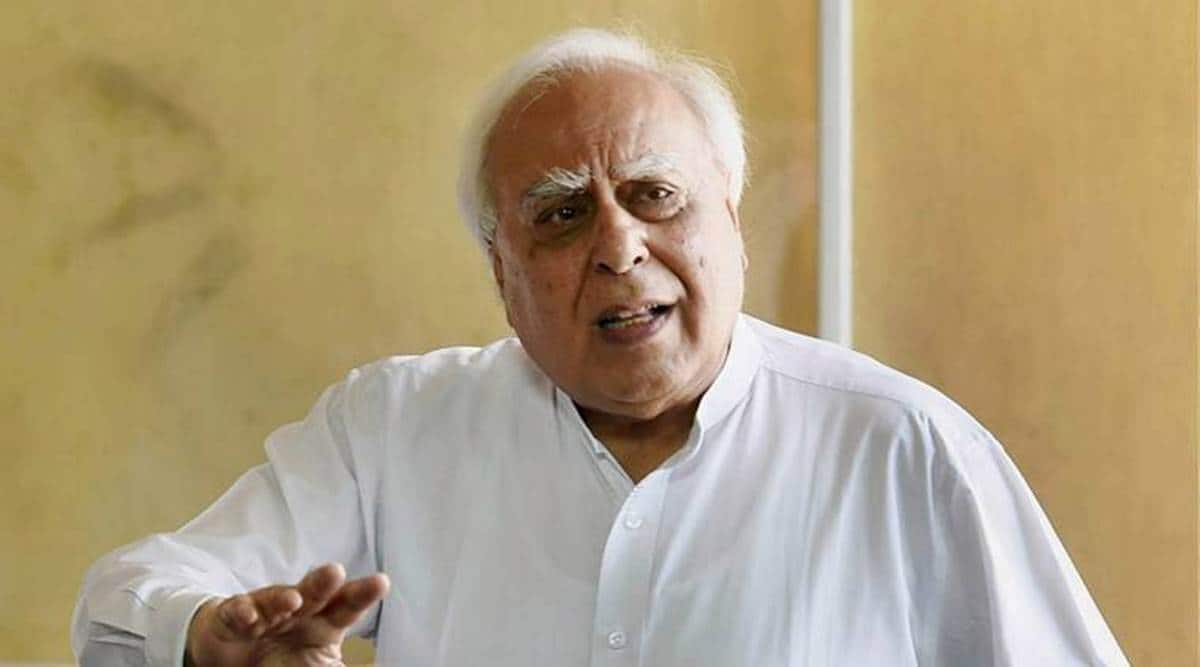 Kapil Sibal said the 'Congress party knows all the answers. But they are not willing to recognise those answers.' (File)

Even as the leadership crisis at the Congress party has been contained, albeit temporarily, the disquiet among some of its senior leaders continues to spill out in the open, with former union minister Kapil Sibal on Thursday taking up the cudgels on behalf of his colleague Jitin Prasada.

Sibal expressed displeasure over the party’s district unit in Uttar Pradesh passing a resolution seeking Prasada’s expulsion, saying the Congress should be targetting the BJP with “surgical strikes” and not one of its own.

Both Sibal and Prasada were among the 23 signatories to the letter to party chief Sonia Gandhi, seeking an active full-time party chief and an organisational overhaul. Prasad is also a special invitee to the Congress Working Committee (CWC).

“Unfortunate that Jitin Prasada is being officially targeted in UP. Congress needs to target the BJP with surgical strikes instead of wasting its energy by targeting its own,” he posted on the micro-blogging site.

Another Congress leader, Manish Tewari who was also a signatory to the letter, tweeted “prescient” without elaborating on what he meant.

The Lakhimpur Kheri district Congress committee on Wednesday called an emergency meeting of its executive committee and passed five resolutions against those who wrote the letter, seeking their expulsion.

Unfortunate that Jitin Prasada is being officially targeted in UP

One of these resolutions sought disciplinary action against Prasada, pointing out that he was the only one from UP.

The five-point resolution was sent to Sonia after it was passed, district Congress president Prahlad Patel said. “This is what the district executive committee felt; we were asked to give it in writing by AICC,” he said.

Also read | Ready to wait for issues to be addressed, willing to be on panel to chart way: Ghulam Nabi Azad

The first resolution said Sonia is the topmost Congress leader and they have full faith in Rahul Gandhi and Priyanka Gandhi Vadra, but in case there is a leadership change Rahul should be the party chief. They said the letter shows these leaders do not faith in either Sonia or the Congress. The third resolution said these leaders had done what the BJP government is doing, and the fourth sought disciplinary action and expulsion.

The fifth resolution targeted Prasada, saying his father had contested party elections against Sonia Gandhi but was still given Lok Sabha ticket and made a Union minister. Calling his act a case of “serious indiscipline”, the committee said it “believes strict disciplinary action should be taken against him”.

RNC 2020: Chinese activist, brought to US by Obama govt, says vote for Trump in US election