Communal clashes in West Bengal, Bihar: Politics, blame game and police action; all that has happened

In Bihar’s Bhagalpur, a procession without prior permission led to communal violence and in West Bengal sword-wielding activists defied the state government’s ban on armed rallies on Ram Navami leading to trouble. Police personnel patrol after a clashes and incidents of arson over Ram Navami procession at Raniganj in Burdwan district on Monday. (File Photo)

Several parts of West Bengal and Bihar have witnessed communal clashes over the past one week following violence during the Ram Navami processions last Sunday. While three people have lost their lives in the clashes in West Bengal, dozens sustained injuries in both the states.

In Bihar, communal clashes erupted in several districts like Bhagalpur and Aurangabad where many people were reported to have sustained injuries. In Samastipur district, trouble had erupted on Tuesday when some miscreants hurled footwear at a procession carrying the idol of Goddess Durga for immersion upon the conclusion of Chaiti Navaratra festivities in Rohtas town, while communal clashes erupt in Aurangabad following a stone-pelting incident during a Ram Navmi procession on March 25. Union Minister of State Ashwini Kumar Choubey’s son Arijit Shashwat was booked for rioting and inciting violence in Bhagalpur where clashes erupted during an unauthorised procession taken out by BJP, Bajran Dal and RSS activists on March 17. Shashwat has moved the Patna High Court for quashing of FIR against him in the case.

In West Bengal, situation turned ugly after the ruling Trinamool Congress (TMC) in the state and its political rival the Bharatiya Janata Party (BJP) rganised several processions to celebrate Ram Navami. Three people were killed and more than a dozen others injured, in intermittent violence involving Ram Navami processions at various places in West Bengal. A senior police officer also lost a hand after a bomb was hurled at him during a clash in Raniganj area.

The Ministry of Home Affairs (MHA) has sought a report from the Mamata Banerjee-led West Bengal government over recent reports of arson and violence, while it spared the Nitish Kumar-led government of Bihar. In its communication, the MHA have asked the West Bengal government to send a report on incidents of continuing violence and tension in some districts of the state, the steps being taken to restore normalcy and the action taken against those involved in the violence.

In West Bengal, the Centre offered to send paramilitary forces to control the situation in violence-hit Raniganj, which the state government has denied.

BJP chief Amit Shah has also constituted a four-member committee comprising senior party leaders, who would visit West Bengal and submit a report to him in this regard. The four-member committee comprises party’s national vice-president Om Mathur, spokesperson Shahnawaz Hussain and two MPs — Roopa Ganguly and B D Ram. The committee members will visit the state and submit a report to Shah. 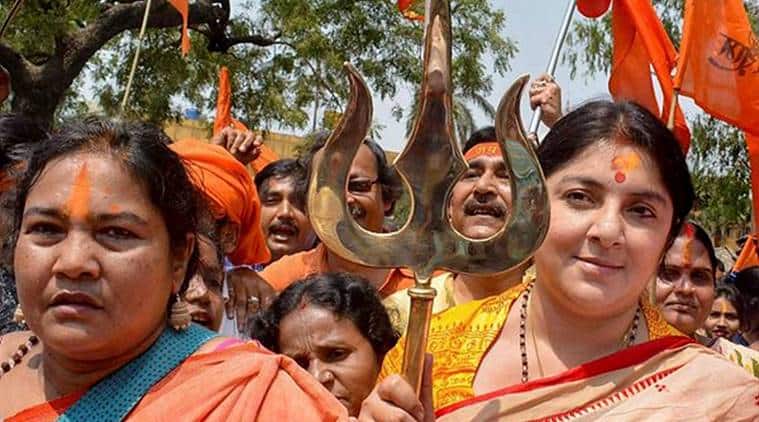 West Bengal Chief Minister Mamata Banerjee has directed the Director General of Police (DGP) to instruct all the superintendents of police (SPs) to take strong action against those who carried arms in the rallies.

“Did Lord Ram ask anybody to rally with arms and swords? Can we leave the state’s administration and law and order in the hands of these hooligans, who are defaming Ram? I am instructing the DG (Director General of Police) and all the Police Superintendents to take strong action against such rallyists. No one should be spared,” the chief minister had said during the district level administrative meet in South 24 Parganas.

Internet services have been suspended and prohibitory orders under Section 144 of the CrPC clamped in Asansol-Ranigunj area on Wednesday following violence.

READ | Has Ram ever asked anyone to take out rally with weapons, asks Mamata Banerjee

Bihar Chief Minister Nitish Kumar has asserted that his government was committed to preserving communal harmony in the state and would act firmly against those who tried to create mischief. “There are some people who think that causing tension in the society will bring in electoral dividends. We believe in peace and harmony. We are not concerned so much about votes as about betterment of voters,” Kumar, also the JD(U) president, said.

In Bihar, the state police has also set up two special investigation teams to probe the violence, in which half a dozen people were injured and around 35 shops gutted. At least three FIRs have been lodged and 150 people have been so far arrested in connection with violence in Aurangabad alone during Ram Navami celebrations on March 25 and 26.

Union Minister of State for Home Hansraj Ahir has blamed the West Bengal and Bihar governments for communal violence in the state on Ram Navami saying that it was their responsibility to maintain law and order.

CPM state secretary Surjyakanta Mishra said that both the TMC and the BJP were engaging in “competitive communalism” over Ram Navami celebrations to polarise voters. 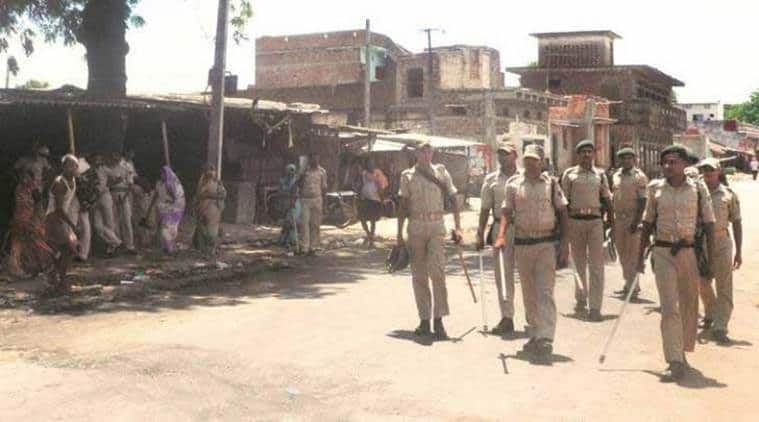 Meanwhile, Bahujan Samaj Party (BSP) chief Mayawati has accused the Centre of adopting double standards in dealing with state governments on whether they are led by the BJP or its rival parties.

“The BJP government led by Prime Minister  Narendra Modi is adopting double standards while dealing with Bihar and West Bengal governments as the former is led by their own coalition and the latter by TMC’s  Mamata Banerjee,” Mayawati said in a statement. “Though the West Bengal government is being targeted for asking police to act sternly against those instigating riots by taking out a yatra, in a similar case in Bihar, the government there is out to save the son of a union minister,” Mayawati said.

Mayawati asked, “why this double standard on the part of the central government on the issue of law and order and amity”.

In Bihar, the opposition RJD and Congress have been accusing the chief minister of keeping silent over alleged attempts by BJP leaders to trigger communal polarisation in the state since he is running the government in the state with the support of the saffron party.

The Congress has alleged that “growing dominance of the BJP-RSS combine” was the reason behind the rise in the incidents of communal violence in the state. The party also took a jibe at Nitish Kumar saying the chief minister seemed “helpless”

Meanwhile, Union Minister Babul Supriyo triggered controversy by threatening to “skin” some people who shouted slogans against him during his visit to Asansol, one of the areas hit by communal violence following Ram Navami processions across the state. He was also booked for violating prohibitory orders under Section 144 of the CrPC and under Sections 146, 147, 148 (rioting) and 353 (assault or criminal force to deter public servant from discharge of his duty), a non-bailable offence. He is alleged to have assaulted senior IPS officer Rupesh Kumar. Supriyo has also filed a counter FIR.