After Uttarakhand and Karnataka, the most recent example is Gujarat, where the BJP went with a Patidar, bowing to a long-standing demand of the dominant community, in place of Vijay Rupani. 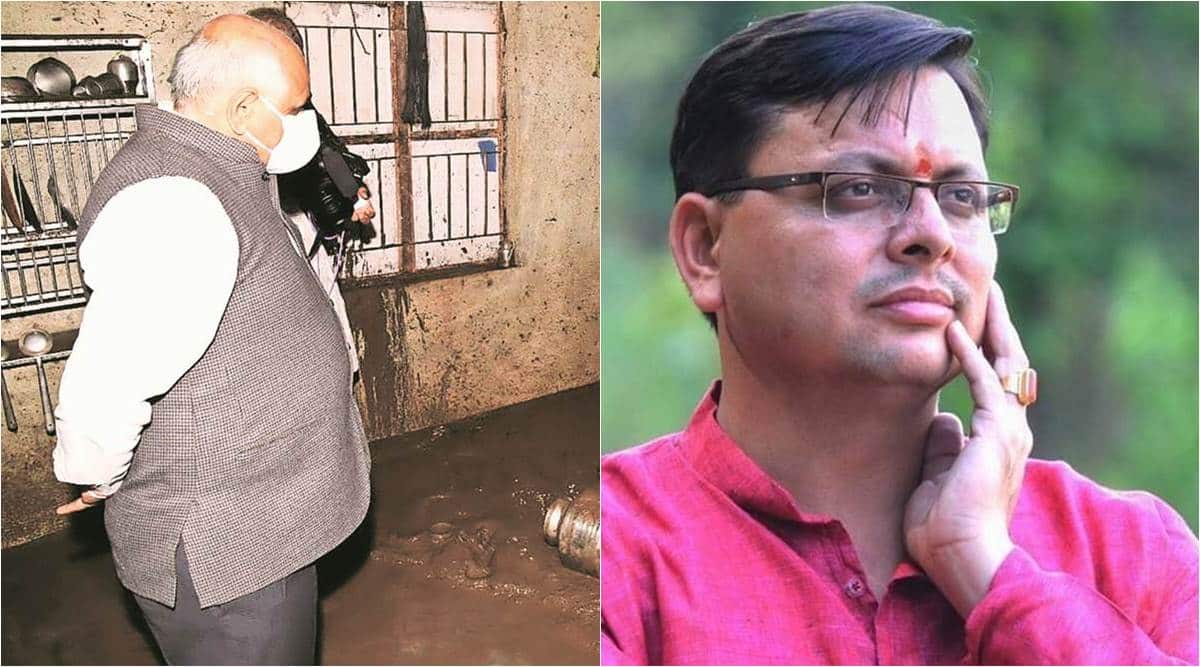 HAVING once pointedly chosen leaders from non-dominant castes in states as its chief ministers, the BJP appears to have had a change of heart. Ahead of several Assembly elections, it has brought in new CMs in recent days who hew to the safe, time-tested strategy of caste balancing.

After Uttarakhand and Karnataka, the most recent example is Gujarat, where the BJP went with a Patidar, bowing to a long-standing demand of the dominant community, in place of Vijay Rupani.

According to sources, the changes put on notice leaders like Chief Minister Manohar Lal Khattar in Haryana and Devendra Fadnavis in Maharashtra. The two had been handpicked by the Narendra Modi-Amit Shah leadership from outside the Jat and Maratha communities that dominate the two states, respectively, to lead the party.

Similarly, in 2016, at the height of the Patidar agitation, the BJP had sent a strong message by picking Rupani, a Jain, the first time a member of the community became the CM in the state. Despite claims by several contenders, including Patel leaders, and despite the BJP falling to its lowest tally in the Assembly in the 2017 elections under Rupani, the BJP had persisted with him as CM. However, on Sunday, its surprise replacement for Rupani was a Patidar.

Party leaders admitted that the choice of Bhupendra Patel was “another indication that even the BJP with Modi at the top cannot defy electoral compulsions”. However, the PM did put his signature style on the change by picking a little-known, first-time MLA over other Patel leaders.

Earlier, in Uttarakhand, the BJP replaced Trivendra Singh Rawat, under pressure from both the faction-ridden state unit and from the RSS, which was said to be unhappy with the performance of the CM who was just four months into office. Rawat was replaced with another Thakur, Pushkar Singh Dhami, who importantly hails from the hills, a stronghold of the party.

In Karnataka, four-term CM B S Yeddyurappa could not hang on to his post under pressure from Delhi. However, the BJP did not dare antagonise his community, despite speculation about the same, and picked as his replacement a fellow Lingayat, Basavaraj Bommai.

After sweeping to power in 2014, the Modi-Shah-led BJP had described the decision to pick CMs from outside dominant castes as an “experiment”. With Modi at the height of his popularity and even considered invincible, the clear message was that the party did not feel the need to be tied to old engagements with dominant castes. So, Fadnavis, a Brahmin and non-Maratha but in Modi’s good books, became the CM in Maharashtra, Khattar, a non-Jat, took over in Haryana, while the non-tribal Raghubar Das was named to the post in Jharkhand.

Since then though, the BJP has lost power in Maharashtra and Jharkhand and managed to scramble together a government in Haryana only with the help of the newly formed Jannayak Janata Party. Khattar has been under constant pressure since, with the farmer agitation adding to his worries.

In an interview to The Indian Express in April, Amit Shah had admitted that there had been “some setbacks” to the “experiment” of breaking “caste barriers”, but said they stood by it. “We picked a non tribal for Jharkhand, non-Jat for Haryana and non-Maratha for Maharashtra. It was an experiment to break caste barriers and strengthen democracy. Yes, there were some setbacks, but I would not say it was a failure. We have to make efforts to break such barriers.”

At least two senior BJP leaders admitted the party is now under pressure to “not ignore either the dominant caste or the community where its major support comes from”. Said one of them: “The central leadership of the party could now come under pressure from the state units too. With the changes in three states, naturally the discontented leaders in other party-ruled states would get emboldened.”

Among those watching closely would be Keshav Prasad Maurya, the Deputy Chief Minister in poll-bound Uttar Pradesh. The BJP is going out of its way to woo OBCs, the community to which Maurya belongs, and he has never hidden his ambitions of becoming CM. On the other hand, Thakur CM Yogi Adityanath’s reign is believed to have antagonised upper-caste Brahmins from the BJP.

Sources said another state to watch out for is Madhya Pradesh, where a powerful section of the state unit has been pushing for replacement of Shivraj Singh Chouhan, who is into his fourth term.