He said India is focusing on cyber defence and working on offensive cyber capabilities as well to counter such threats. 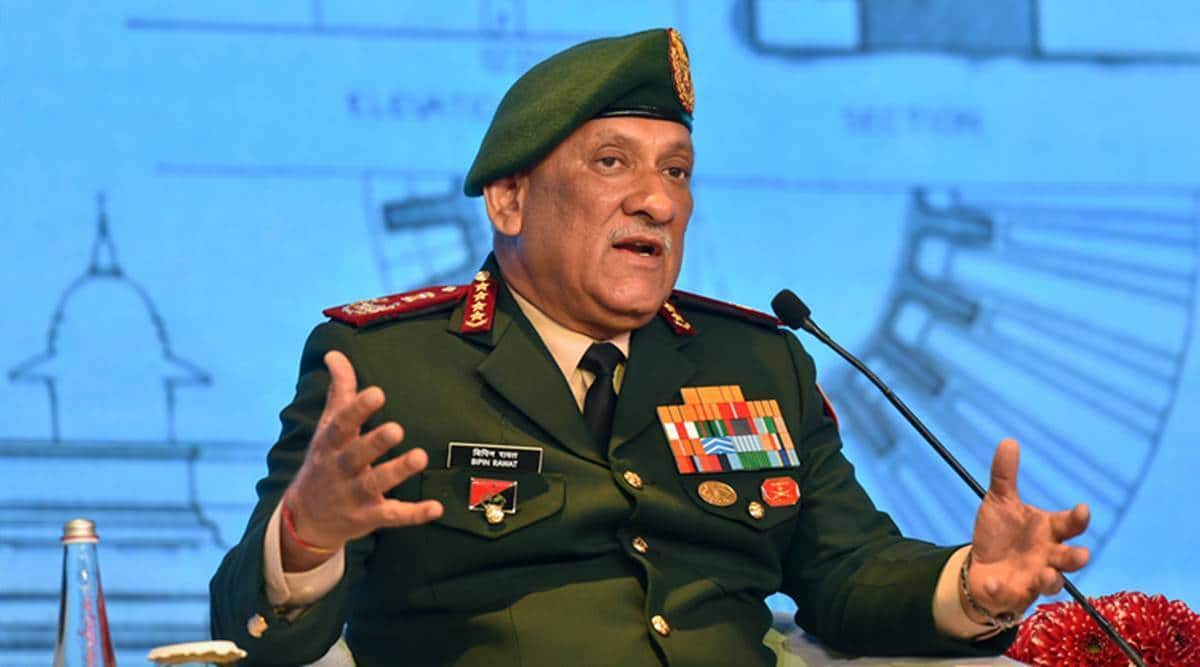 China is ahead in imbibing technology but India is catching up, Chief of Defence Staff General Bipin Rawat said on Wednesday, as he identified the neighbouring country’s capability to carry out cyber attacks as one of the biggest threats. He said India is focusing on cyber defence, and working on offensive cyber capabilities as well, to counter such threats.

“We have been a little slow on the start, therefore over the years a capability differential has come in,” said General Rawat, while speaking at an event at the Vivekananda International Foundation. “China has been able to invest a lot of funds, allocated a lot of funds in ensuring that they imbibe technology. Therefore, they certainly have a lead over us… we are also evolving technologies to make sure we come on par with them.”

“Most important, where the biggest differential lies, is in the field of cyber,” he said. “We know that China is capable of launching cyber attacks on us, and that can disrupt a large amount of our systems.”

“What we are trying to do is to create a system in which we ensure cyber defence. And we have been able to, therefore, create a cyber agency, which is our own agency within the armed forces. Each service also has its own cyber agency to ensure that even if we come under a cyber attack, the down time and the effect of the cyber attack does not last long. We should be able to overcome that cyber attack and continue with the systems either through an alternate means or preventive means through firewalls,” General Rawat said.

He said he would “hesitate to say” that there is no technology differential, which India has to overcome, “and we can overcome this only if we integrate the resources of the three services”.

Navy, he said, is far ahead of the Army and Air Force in as far as the way they have imbibed technology.

“We may not be able to fully catch up with China but therefore we are trying to develop some kind of a relationship with western nations to see how better we can get some support from them, during peacetime at least which will help us to overcome this deficiency that we have,” he added.

He also stated that “our leadership has displayed the political will and determination to uphold our vital national interest, in face of unprovoked assaults on our security, values and indeed our dignity,” but did not mention China in this context.

Changed global environment, he said, “demands us to change our outlook and policies” and added that “we cannot just return to the way things were before”.

“There is a need to overcome and shed the colonial era syndrome completely,” he said. “In foreign policy and national security, just as in domestic policy, we need to chart a new course.”

Regarding the integration of the resources of the three services, the Chief of Defence Staff said, “A series of initiatives are being undertaken that will change the way we fight, the way we develop capability, whose aggregate effect would begin to build momentum shortly.”

The CDS, he said, is the “coordinating agency for allocation of resources based on requirements projected by the theatre commanders” and as the “system matures, the command would flow from the CDS to individual theatre commanders, and the service headquarters would then be primarily responsible for raise, train and sustain”.

He said India is developing its own systems after studying those of western nations, China and other countries.

“We are a very unique nation, with two neighbours on our north and the west which are belligerent, with a vast Indian Ocean which is also to be defended by us. Along with support that we may get from other nations, but during the times of conflict I think, we will have to learn to stand on our own two feet. Therefore, we have to ensure that we integrate all our resources so that the combined strength of our services adds up to greater than the sum of the whole. And this can only happen if we carry on integrated in a compact manner,” he said.

Rawat also emphasised on the need to integrate the armed forces with the other security forces, like the Central Armed Police Forces, “which are also very huge in numbers, and can add to the capacity building of the armed forces”. He said the procurements of the CAPF are also being integrated with the armed forces.