The report by Save The Children said South Asia sees 2,000 child marriage-related deaths every year, followed by East Asia and the Pacific with 650 deaths, and Latin American and the Caribbean, with 560 annual deaths. 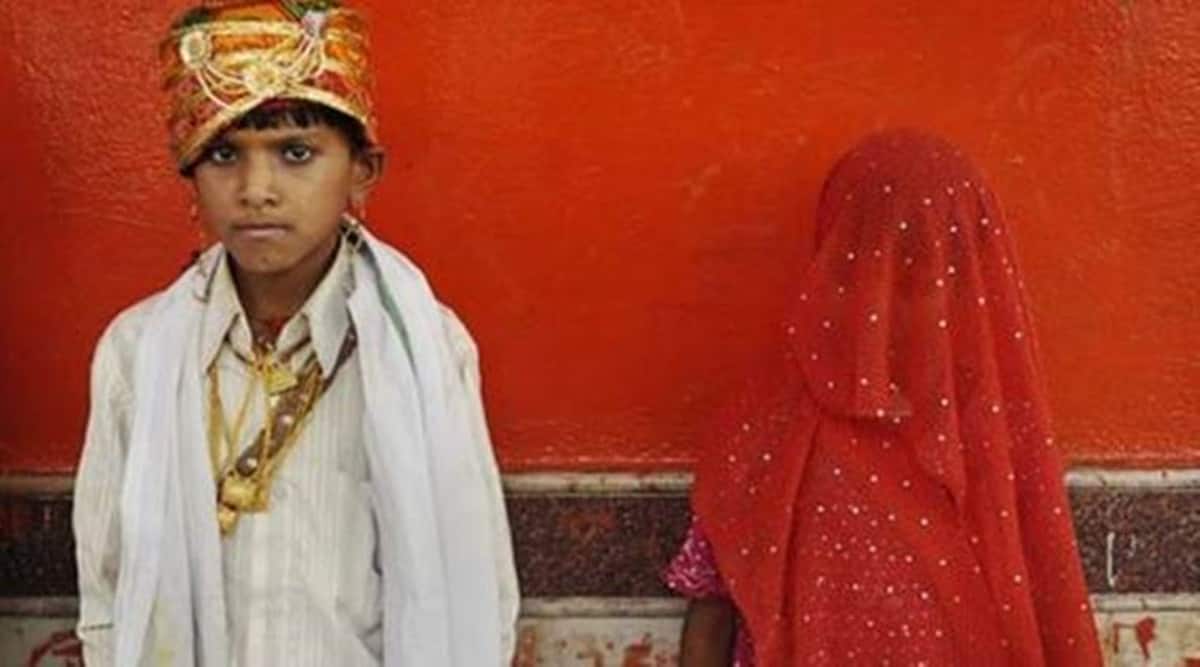 West Bengal is at the top in cases of child marriage and teenage pregnancy, according to a National Family Health Survey report. (Representational)

Child marriage kills more than 60 girls a day globally and six girls a day in South Asia, according to a new analysis released on the International Day of the Girl Child that claimed over an estimated 22,000 girls a year are dying from pregnancy and childbirth resulting from child marriage.

The report by Save The Children said South Asia sees 2,000 child marriage-related deaths every year (or six every day), followed by East Asia and the Pacific with 650 deaths (or two every day), and Latin American and the Caribbean, with 560 annual deaths (or nearly two a day).

“More than an estimated 22,000 girls a year are dying from pregnancy and childbirth resulting from child marriage. Child marriage kills more than 60 girls a day, globally and 6 girls a day in South Asia,” the report noted.

However, West and Central Africa has the highest rate of child marriage in the world and accounts for nearly half (9,600) of all estimated child marriage-related deaths globally, or 26 deaths a day.

The regional teenage maternal mortality rate is four times higher than anywhere else in the world.

“Although nearly 80 million child marriages globally have been prevented in the last 25 years, progress had stalled even before the Covid-19 pandemic, which has only worsened inequalities that drive child marriage.

“With school closures, health services under strain or closed, and more families being pushed into poverty, women and girls face an increased risk of violence during lengthy lockdowns. A further 10 million girls are now expected to marry by 2030, leaving more girls at risk of dying,” the report said.

Inger Ashing, CEO of Save the Children International, said child marriage is one of the worst and deadliest forms of sexual and gender-based violence against girls. Every year, millions are forced into wedlock with men who are often much older, robbing them of an opportunity to keep learning, be children, and in many cases, to survive.

“Childbirth is the number one killer of teenage girls because their young bodies aren’t ready to bear children. The health risks of children having children cannot, and must not, be ignored.

Governments must prioritise girls and ensure they’re protected from child marriage and premature childbirth-related deaths. This can only happen if girls have a say in the decisions that affect them,” Ashing said.

Sudarshan, CEO, Save the Children, India said, “We at Save the Children India; Bal Raksha Bharat would like to see child marriage confined to museums and history. It is our collective failure that even in this century such a crime against humanity is prevalent and perpetuated. All those who are not a part of the solution should consider themselves a part of the problem.” “To deny children, and more specifically the girl children their basic right to learn, and enjoy a happy and carefree childhood is a human rights violation and needs to be condemned. It should not be dismissed as a cultural element and instead seen as a denial of basic right to life and liberty,” he said.

In a global report released on Monday by Save the Children, Global Girlhood Report 2021: Girls’ rights in crisis, the organisation is calling on governments to raise girls’ voices by supporting their right to safe and meaningful participation in all public decision-making, address immediate and ongoing risks of gender-based violence, including child marriage, by putting girls’ rights and gender equality at the centre of Covid-19 and humanitarian responses, development policy, and wider efforts to build forward better.

The organisation also demanded that governments must guarantee the rights of all girls, including those impacted by different forms of inequality and discrimination (including on the basis of gender, race, disability, economic background, etc.), by developing inclusive policies and programmes.

Hum Do Humare Do promotions: You cannot miss Kriti Sanon in this olive green blazer dress