Chhattisgarh: No ambush, CRPF fired on us, ‘encounter’ victims argue

Arguing for the villagers, advocate Yug Choudhary said that there were many holes in the state’s version of the events. He said medical evidence has shown wounds from sharp-edged objects on the injured. 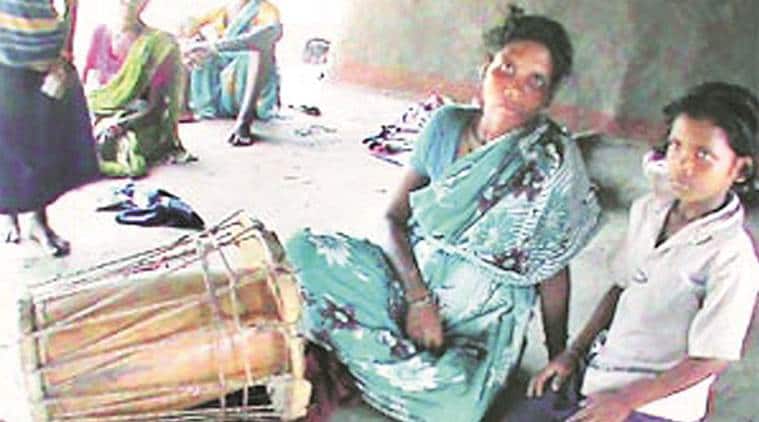 Relatives of one of the deceased. (Express Archive)

NEARLY FIVE years after 17 people were killed in an “encounter” at Sarkeguda village in Chhattisgarh’s Bijapur district, final arguments in the judicial inquiry into the incident, headed by retired judge V K Agarwal, began on Saturday. Villagers have alleged that a combined team of CRPF and state police began unprovoked firing on a group of villagers who had congregated to plan a local custom, Beech Pondum. The firing — on the intervening night of June 28-29, 2012 — left 16 dead and several people injured. Locals alleged that another person was killed the following morning. The police and CRPF have maintained that they were fired upon first by Maoists. The state government at the time had announced compensation for those killed in the encounter.

Arguing for the villagers, advocate Yug Choudhary said that there were many holes in the state’s version of the events. He said medical evidence has shown wounds from sharp-edged objects on the injured. “If there was an exchange of fire, how are there contusion wounds, sharp and blunt-edge instrument injuries and lacerations,” he asked. Referring to CRPF’s version before the judicial panel, Choudhary said a Maoist “ambush”, as put forth by the paramilitary force, is normally “highly planned” and causes fatalities to the forces as well. “The (CRPF’s) argument is that they were caught in an ambush, where there was firing from both sides, and firing lasted for 45 minutes. Apart from medical discrepancies in the accounts of those injured, they (CRPF) have only minor injuries,” Choudhary said.

He said although it is good that there were no fatalities to the forces, this was not a likely scenario. This, he said, points towards the fact that there was no firing at all. Advocates for the villagers also pointed at the difference in the version of events put forward by different government agencies: one called it a planned ambush, while another contended it was chance crossing of path between the forces and “Naxals”. Choudhary said when there are contradictory version from the same side, they are both liable to be rejected.

The advocates for the villagers also questioned why CRPF personnel did not use parabombs, mortar or night vision equipment, even though they were available, and concluded that this indicates there was no attack on the forces. The next hearing for final arguments, which will see CRPF and state police put forth their case, will take place in May.