Chandigarh ‘stalking’ case: Girls should not be ‘roaming on roads’ at night, says Chandigarh BJP vice-president

"Such cases tend to occur and the probability is higher for girls being stalked if they are out at odd hours," BJP Chandigarh vice-president Ramveer Bhatti said. 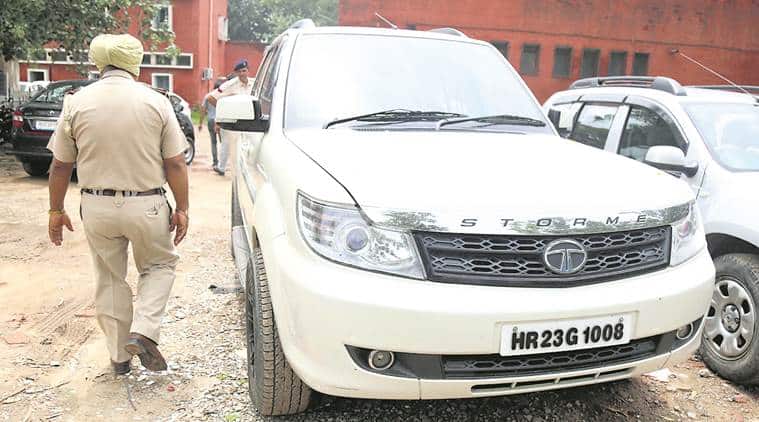 The vehicle used by the accused to ‘chase’ the woman. (Source: Express Photo)

With Haryana BJP chief Subhash Barala remaining tight lipped over the stalking case involving his son, the party’s Chandigarh unit vice-president Ramveer Bhatti sparked outrage on Monday when he blamed the woman for  “staying out so late in the night”.

Speaking to a news channel, Bhatti said the incident would not have happened had she not been out at midnight. “Such cases tend to occur and the probability is higher for girls being stalked if they are out at odd hours,” Bhatti said.

The Chandigarh party leader went on to say that parents must ensure “that girls should not be seen roaming on roads after a certain hour in the evening”.  also questioned Congress vice-president Rahul Gandhi on his silence over rape and murder cases in Himachal Pradesh. The Congress leader on Sunday had asked the BJP to punish the guilty.

On Saturday, a 29-year-old woman accused Barala’s son Vikas Barala and his friend Ashish of stalking her. Recollecting the incident, she wrote on Facebook: “Was almost kidnapped on a Chandigarh road last night. There were 2 guys inside the SUV, and they seemed to really be enjoying harassing a lone girl in the middle of the night. If this is what women deal with in one of the safer cities in the country, where are we going? I find it shocking, that in a place with cameras at every light and cops every 200 m, these boys thought they could either get into my car, or take me into theirs, just because they’re from an influential background… I’m also lucky, because I’m not lying raped and murdered in a ditch somewhere.”

Chandigarh police arrested Vikas and Ashish on Saturday after receiving complaints from the girl and her father, who is an IAS, and charged them with wrongful restraint and driving under the influence of alcohol. The two were, however, released on bail. Speaking to the media, DPS Satish Kumar said, “After receiving a formal complaint, we registered a criminal case against both of them and arrested them. Since the charges against them were bailable, both were released on bail.”