The petitioners — Haji Abdul Gani Khan and Mohammad Ayub Mattoo — had argued that under the 2019 Act, only the Election Commission is empowered to conduct the delimitation exercise. 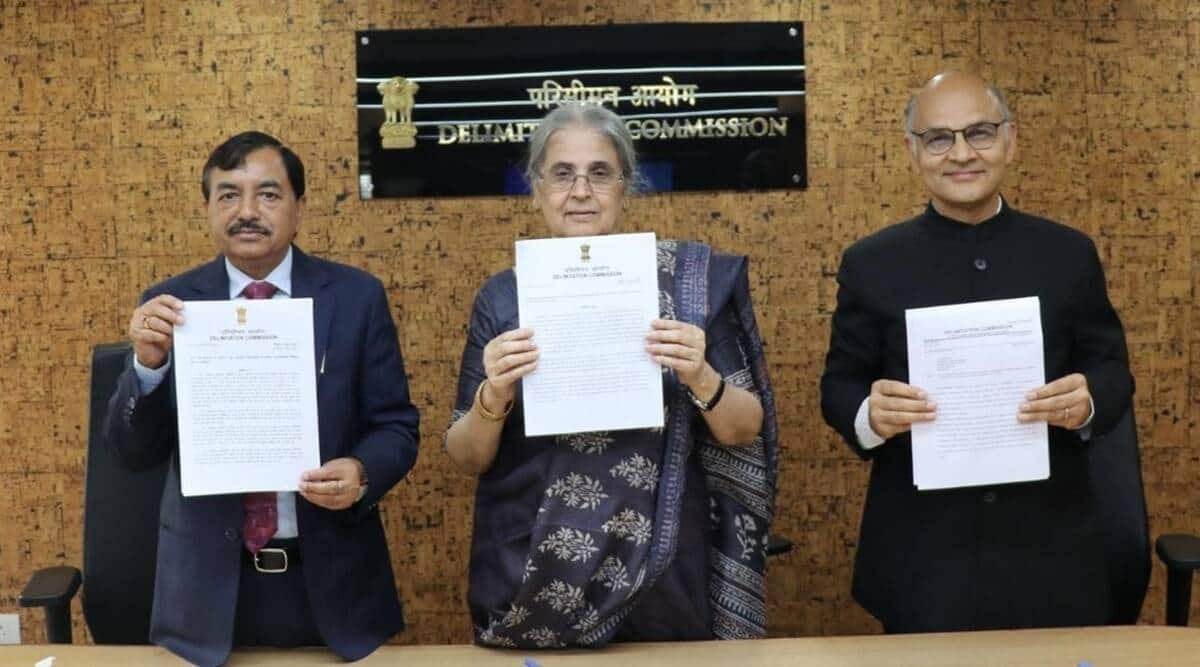 Members of the commission display the final delimitation order for the Union Territory. (PTI/file)

Defending the power of the Delimitation Commission, constituted to readjust constituencies in Jammu and Kashmir, the Centre on Thursday told Supreme Court that the J&K Reorganisation Act of 2019 mandates the Commission to do it.

Opposing a plea challenging constitution of the Commission, Solicitor General Tushar Mehta told a bench of Justices S K Kaul and A S Oka that the 2019 law does not preclude establishment of Delimitation Commission by the Centre and provides for two alternative mechanisms to carry out delimitation for J&K.

The bench on Thursday reserved its verdict.

The petitioners — Haji Abdul Gani Khan and Mohammad Ayub Mattoo — had argued that under the 2019 Act, only the Election Commission is empowered to conduct the delimitation exercise.

The petitioners had also argued that delimitation cannot be carried out on the basis of the 2011 Census but must be carried out as per 2001 Census or await “the first Census after 2026.”

Mehta, however, said “the government’s idea was to immediately give democracy to the newly formed Union Territory… For that to wait till 2026, or to do it as per 2001, was found to be legislatively unwise.”

Urging the top court to dismiss the plea, the Centre said that if the prayers are allowed, it would lead to an anomalous situation wherein orders of the Delimitation Commission, which attain finality at the time of publishing in the Gazette of India, would be rendered infructuous.