The CBI gave a clean chit to Rakesh Asthana and DSP Devender Kumar in a bribery and extortion case on Tuesday. 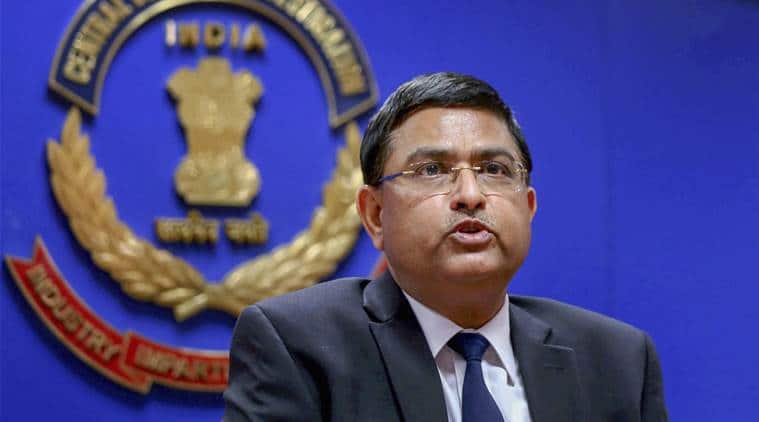 FIR against Rakesh Asthana (in pic), others was lodged on the direction of then CBI chief Alok Verma. (File)

Anguished over the CBI’s investigation into a bribery and extortion case against its former special director Rakesh Asthana and others, a Delhi court on Wednesday asked why the accused who played a bigger role in the case were free while the agency arrested its own DSP.

The CBI, in its chargesheet filed on Tuesday, gave a clean chit to Asthana and DSP Devender Kumar in the case, stating no evidence was found against them.

Asthana and Kumar’s name had been kept in Column No. 12 of the chargesheet, and they have not been chargesheeted.

The chargesheet was kept for consideration before Special CBI Judge Sanjeev Kumar, who, while going through it, posed questions to the CBI and sought to know about Someshwar Srivastava, whose name had emerged during the probe. The court noted that Srivastava was not arrested in the case but CBI’s DSP Kumar was arrested in 2018. He later got bail.

In the chargesheet, the CBI has arraigned Manoj Prasad as an accused and said that probe against his brother Srivastava and one Sunil Mittal is yet to be concluded.

The agency has not arrayed Srivastava as an accused. It said investigation is on to ascertain his role in the case, along with others.

Hearing this, the judge asked, “Why (was) Srivastava not arrested? Manoj Prasad seems to be a weaker link. Why Srivastava is roaming free? Itni nazar-e-enayat kyun (why so much mercy)? You arrested your own DSP, without considering his career, which might have been ruined. You curtailed his life and liberty while Srivastava is enjoying his life.”

Special Judge Kumar also said, “Why are certain accused, who seem to have a bigger role in the case, roaming free while the CBI has arrested its own DSP? He (Srivastava) is enjoying his life. It is very strange that the main persons are at large. He is the principal actor. There are more evidence against him than Manoj.” The court put the matter for further consideration on February 19.