Despite the case being related to rioting and alleged damage of public property by the accused, the police did not seize any weapons from any of the identified accused on the day the incident took place. 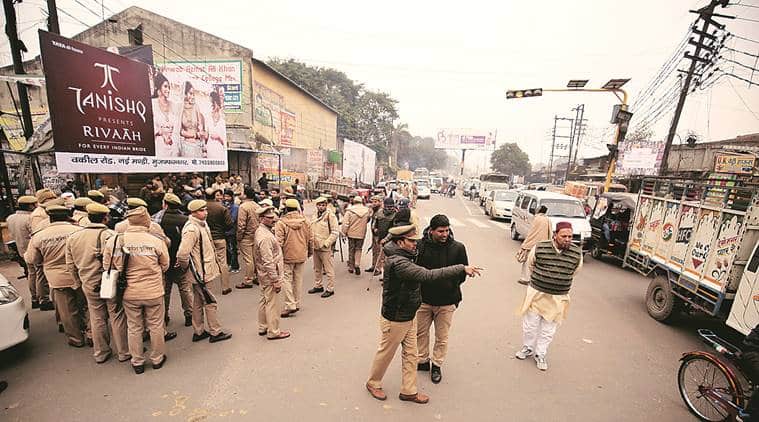 In Muzaffarnagar on December 20 last year, the Uttar Pradesh police said, protesters “armed with weapons” indulged in rioting and arson in protests against the new citizenship law. In the FIR filed at 2.30 am on December 21, police named 107 people, charging all of them with attempt to murder. However, despite making 73 arrests, the FIR had one glaring discrepancy: it made no mention of when and where the weapons were seized by the police and what type these were.

Those details, now available in court records accessed by The Indian Express, raise questions over the police version of the incident.

Despite the case being related to rioting and alleged damage of public property by the accused, the police did not seize any weapons from any of the identified accused on the day the incident took place.

Second, the police now claim that they seized the weapons many hours later.

These startling facts have been put on record by the Muzaffarnagar police before the court of District & Sessions Judge, which is hearing a clutch of bail petitions.

Court records show that these weapons were seized by the police 18 hours after the incident and at a place barely “500 m from the Civil Line police station.”

“Clearly, people have been falsely implicated,” said one of the lawyers of the accused. “Were the weapons lying near the police station all this while?”

Significantly, rules say that seizure of weapons has to be done in the presence of an independent witness. But records show no such witness present.

Replying in court, the police said that their officials who were present on duty “suffered injuries and were taken for medical examination” on the day the incident took place.

The Muzaffarnagar SP did not respond to calls and messages seeking a comment.

These facts assume significance in the backdrop of the Muzaffarnagar police struggling to make the charges stick. As reported by The Indian Express, on January 15, more than 19 of the 73 arrested were released on bail, either by police or the court, due to lack of evidence or after charges of grievous offences were dropped. In the case of five of them, police themselves granted bail under Section 169 of the CrPC, which is invoked when “evidence is deficient”. Ten other accused were released by the Sessions court after police were only able to prove that they had prima facie violated prohibitory orders, and were not involved in rioting or attempt to murder.