Bureaucrats burdened, Baijal has some ideas to change that

Lt-Governor Anil Baijal Friday took a general review of functioning of the Delhi Police, during which he was introduced to officers. 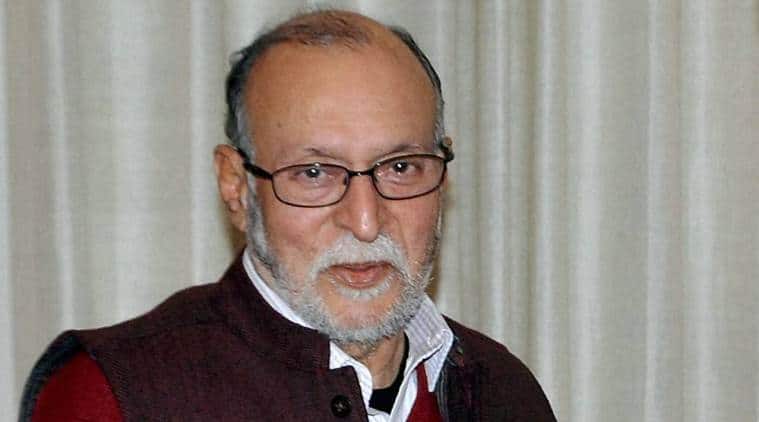 Following the Lt-Governor’s directions, one meeting has already been chaired by chief secretary Kutty. Sources said the move was aimed at bringing in more IAS officials to the Delhi bureaucracy to ensure development works are not hindered.

The first change likely in the bureaucracy is within the Lt-Governor’s secretariat. Sources said former Lt-Governor Najeeb Jung’s principal secretary Vijay Kumar will soon be replaced. It is learnt that the frontrunner for the post is Satya Gopal, a 1988-batch IAS officer from the AGMUT cadre.

“A reshuffle is in the offing. With a new administrator taking charge, it is obvious that he needs his team and officials in place. More than that, he needs to build the team in a manner where work won’t suffer and nobody is burdened,” said a senior official.

At least 10 IAS officers in the Delhi government have additional charge of equally important departments that, sources said, should “ideally” have a dedicated bureaucrat. According to sources, there were a few officials who are about to begin study leave, which will also be taken into consideration. Such officers include Excise Commissioner Sanjay Kumar and Secretary to Chief Minister S S Yadav.

“It is not necessary that additional charge of every official will be taken away. This will help ease the burden from some officials. Every department should be manned in such a way that efficiency becomes the norm,” said a senior official.

Lt-Governor Anil Baijal Friday took a general review of functioning of the Delhi Police, during which he was introduced to officers. During the meeting, he emphasised on use of digital technology and innovations in law enforcement.

Sources said the L-G has instructed Delhi Police to not just bring “pie charts” showing decreasing crime rates, but make it visible on the ground. Police officers have been advised to come to the next meeting with problems as well as solutions that can be worked upon.