As per the chargesheet, accused Sachin Ahlawat made a 28-second call to Yogesh at 8.55 am on December 3, informing him of an alleged cow-slaughter incident in Mahav. 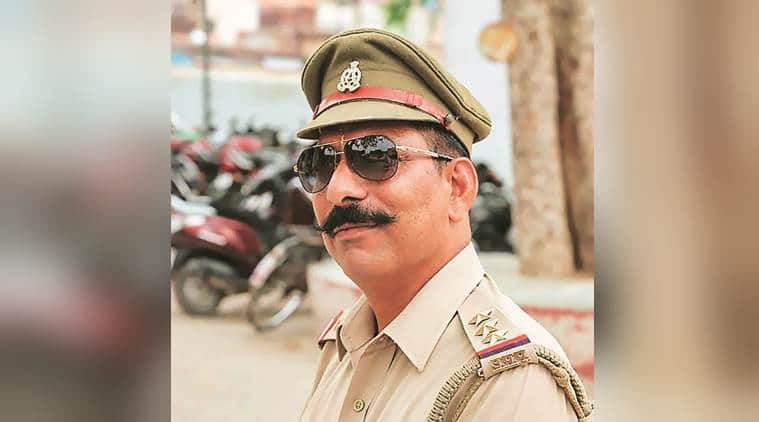 Bajrang Dal convener Yogesh Raj and other accused exchanged several phone calls hours prior to the violence which claimed the life of police officer Subodh Kumar Singh in Bulandshahr on December 3, stated the chargesheet filed by UP police Special Investigation Team (SIT). As per the chargesheet, accused Sachin Ahlawat made a 28-second call to Yogesh at 8.55 am on December 3, informing him of an alleged cow-slaughter incident in Mahav. Yogesh’s location at the point of call was Nayabas, where he resides. Between 9 am and 10.30 am several phone calls were exchanged between Yogesh and other accused Ashish Chauhan, Satish Chandra, Sachin Jat, Pavan, Satyendra and Vishal Tyagi. Yogesh’s location changed from Nayabas to Siyana within 45 minutes of receiving the first call. The chargesheet was filed in March.

“Hence it is clear that the information of the cow-slaughter incident was given by accused Sachin Ahlawat to Bajrang Dal convenor Yogesh Raj. After this Yogesh directed the other accused to gather with their supporters at the scene of crime. Yogesh and rest of the accused put the carcass on the tractor trolley and carried it in front of the Siyana police station on Bulandshahr highway and raised slogans against the police”, stated the chargesheet.

The chargesheet claimed that the route of the Iztema devotees, which was being held in Bulandshahr during the same time-period, was shifted from Aurangabad to Jahangirabad which otherwise could have resulted in riots on an “unimaginable” scale.

The SIT has submitted that Bajrang Dal activists “led” the crowd which formed the blockade outside Siyana police booth with the tractor that contained the alleged cow carcasses. “The crowd was responsible for destroying State property and the violence was incited to create law and order problems. Objectionable slogans were raised against the police”, stated the chargesheet.

A village school which had girl students shut its gate at the time of violence to prevent any mishappening, stated the chargesheet. Fearing the mob, locals also shut their shops.

The SIT listed more than 55 prosecution witnesses of the incident along with 44 exhibits including report of the crime-scene recreation by experts. The tractor and the licensed pistol are yet to be recovered.

The 103-page chargesheet was submitted along with more than a 3000 page diary to the Bulandhshahr Chief Judicial Magistrate. While key accused has been charged with IPC sections relating to the riots, Prashant Natt, along with four others, has been charged with the murder of Subodh Kumar Singh. According to the chargesheet, Natt attacked Subodh with an axe before shooting him with his own licensed revolver.