From India’s perspective, naming LeT and JeM are symbolic takeaways, since China has in the recent past blocked the designation of Jaish-e-Mohammad chief Maulana Masood Azhar as a global terrorist at the United Nations Security Council. 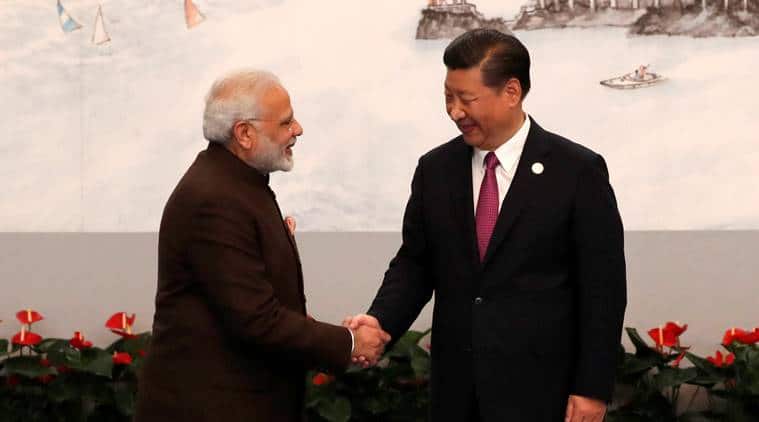 “We, in this regard, express concern on the security situation in the region and violence caused by the Taliban, ISIL/DAISH, Al-Qaida and its affiliates including Eastern Turkistan Islamic Movement, Islamic Movement of Uzbekistan, the Haqqani network, Lashkar-e-Taiba, Jaish-e-Mohammad, TTP and Hizb ut-Tahrir,” the 48th paragraph in the 43-page declaration said.

From India’s perspective, naming LeT and JeM are symbolic takeaways, since China has in the recent past blocked the designation of Jaish-e-Mohammad chief Maulana Masood Azhar as a global terrorist at the United Nations Security Council. Beijing has repeatedly blocked New Delhi’s move — as well as those by US, UK and France — to list Azhar on technical grounds.

Sources said it is difficult to predict China’s intransigence in the current circumstances. They pointed to the Heart of Asia declaration at Amritsar in December 2016 which too named LeT and JeM, along with the ETIM, Taliban, Islamic State and others. Both China and Pakistan are part of the grouping, along with Afghanistan and US among others. But even after that, when it came to the Chinese attitude towards listing of Azhar, there was no change in their position.

Despite the dual approach adopted by Beijing in the past, Indian officials perceived this as a major takeaway, especially since it comes after a tense border standoff at Doklam.

Indian officials said that not just Prime Minister Narendra Modi, but other BRICS leaders also condemned terrorism in all forms and manifestations, during “restricted talks”. According to Saran, “all the leaders mentioned it”.

“Terror is a scourge, and increasingly there is a realisation that you cannot have double standards when dealing with this menace. There are no good or bad terrorists,” she said, referring to the oft-repeated Indian stand on cracking down on terrorist groups and their activities emanating from Pakistan.

The Xiamen declaration also deplored all terrorist attacks worldwide, including attacks in BRICS countries, and condemned terrorism in all its forms and manifestations wherever committed, by whomsoever. It underlined that there could be no justification whatsoever for any act of terrorism. “We reaffirm that those responsible for committing, organizing, or supporting terrorist acts must be held accountable,” it said.

Recalling the primary leading role and responsibility of states in preventing and countering terrorism, it also stressed on the necessity to develop international cooperation, in accordance with the principles of international law, including that of “sovereign equality of states and non-interference in their internal affairs”.

“We recall the responsibility of all States to prevent financing of terrorist networks and terrorist actions from their territories,” it said, and called for expeditious finalisation and adoption of the Comprehensive Convention on International Terrorism (CCIT) by the United Nations General Assembly.

Incidentally, there was no statement from Prime Minister Modi condemning Pakistan at the plenary session, unlike the last BRICS summit in Goa where he had referred to Pakistan as “the mothership” of terrorism and said “terrorism has become its favourite child”.

Sources said that Modi raised the issue of terrorism at the restricted talks between the leaders, but refrained from mentioning the issue at the plenary. “It was a considered decision,” an Indian official said.

Officials said that negotiations for the BRICS document had been on for some weeks, and the Chinese side had come “on board”.