If given, Covid-19 booster must be different vaccine: view in top expert body

‘Viral vector’ vaccines such as Covishield and Sputnik use a modified version of a virus different from the one being targeted to deliver instructions to the recipient’s cells. The altering of the virus ensures it cannot replicate, and the vaccine cannot make the recipient sick. 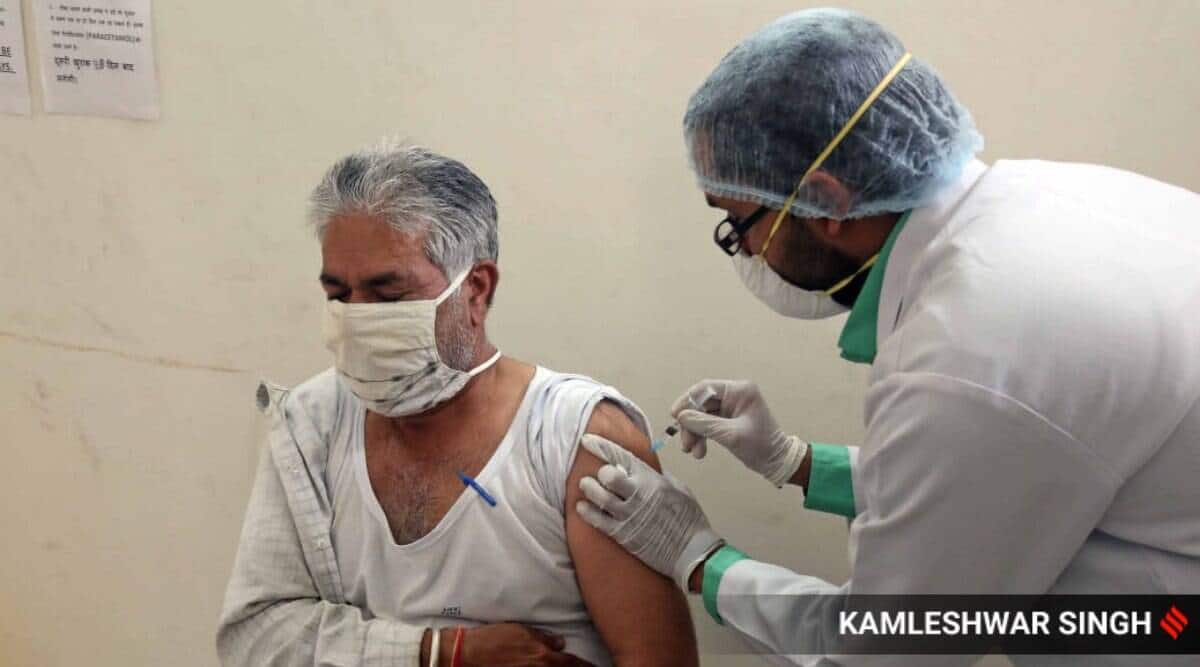 "In the meeting today, members also agreed on reducing the gap between the second and the precaution doses of COVID-19 vaccines from the current nine months to six months," the source said. (Photo: File/Representational)

There is preliminary consensus in the country’s top technical advisory body on Covid-19 vaccination that the third — booster — dose, when administered, should be of a vaccine based on a platform different from that of the first two doses, The Indian Express has learnt.

The final decision on recommending a booster shot—being given by several countries to shore up waning vaccine-induced immunity from infection with the coronavirus — is yet to be taken.

Senior government sources told The Indian Express that the National Technical Advisory Group on Immunisation (NTAGI) — the apex body that provides vaccination guidance to the government after technical review of the scientific evidence on immunisation policy and programmes — is still assessing the requirement for boosters.

However, there is agreement within the body that the third dose for a beneficiary who has taken an inactivated-whole virus or adenoviral vector vaccine, should be of a vaccine based on a different platform, the sources said.

“There is some clarity that if an additional dose is given to a beneficiary, it cannot be, at least in the case of inactive whole virus or adenovirus vector Covid-19 vaccines, the same vaccine. So the preliminary consensus is that a beneficiary cannot take three doses of Covishield or Covaxin,” a senior official said.

Explained |How will the world decide when the Covid-19 pandemic is over?

Sources said this also means that the third dose for an individual who has been double vaccinated with Covishield cannot be Covaxin, and vice versa. The same would apply to Sputnik V as well.

‘Viral vector’ vaccines such as Covishield and Sputnik use a modified version of a virus different from the one being targeted to deliver instructions to the recipient’s cells. The altering of the virus ensures it cannot replicate, and the vaccine cannot make the recipient sick.

Covaxin uses an inactivated or ‘dead’ virus that is incapable of infecting anyone, but can still instruct the immune system to make antibodies against an infection.

The sources underlined, however, that NTAGI is yet to make a formal recommendation to the government, because it is still examining the primary question of administering booster doses.

If and when the recommendation for a booster is made and accepted, eligible beneficiaries vaccinated with Covishield, Covaxin, or Sputnik will likely have multiple options in the coming months.

Several experts bodies around the world have recommended mRNA vaccines as booster doses. In September, after reviewing data on booster responses from different combinations of Covid-19 vaccines, the UK’s expert body advised that Pfizer’s mRNA vaccine should be given as the booster, irrespective of which product had been used in the primary schedule (first two doses).

Explained: What this means for you

If you have taken Covishield, Covaxin, or Sputnik, your third shot cannot be any of these. Options could be Corbevax, Covovax, the intranasal vaccine, or India’s first mRNA shot, all of which are expected to be authorised in the coming weeks and months.