The incident came to fore when the boy's parents noticed the image of a blue whale image on his arm after he returned from school. The matter was later brought to the notice of other parents and the police. 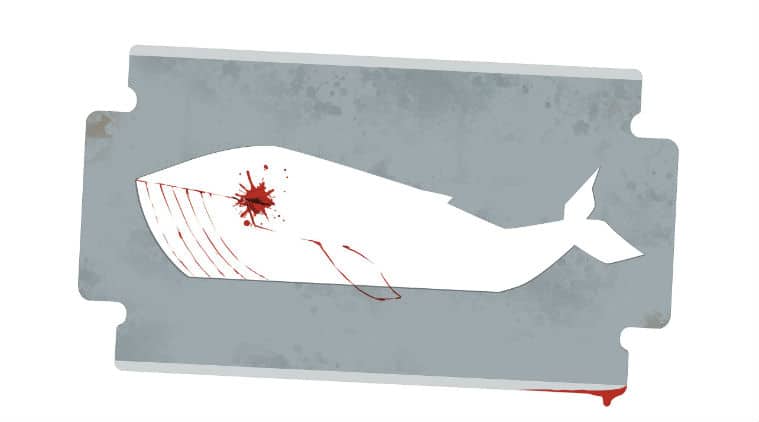 The police proposed to hold a meeting with schools in Solan and involve parents in the awareness drive.

In a shocking incident, a class VI student of a private school was reportedly caught playing the dreaded online dare game, Blue Whale Challenge, in Solan District of Himachal Pradesh triggering panic among the police and school management. The boy reportedly informed his parents that nearly half-a-dozen other students in the same age group have links of the game on their phones.

The incident came to the fore when the boy’s parents noticed the image of a blue whale on his arm after he returned from school. Later, the matter was brought to the notice of other parents and police. Confirming the incident, Solan Superintendent of Police Mohit Chawla pressed his cyber team into action to track down students who are playing the game in the town.

“I received some panicked calls on Thursday while I and Deputy Commissioner Rakesh Kanwar were attending Election Commission (EC) meeting in Shimla. Immediately, I passed the instructions to Additional SP to take a pro-active action. The boy has been identified and his parents have been advised to increase vigil on the boy and counsel him about dangerous side of the blue whale game,” Chawla said.

He also proposed to hold a meeting with schools in Solan and involve parents in the awareness drive. Deputy Commissioner Rakesh Kanwar also agreed to undertake this mass awareness exercise among students between 12 to 19 age group and their parents.

SP Chawla recalled having posted an advisory on his official Facebook account last month, where he had specifically highlighted the points through which parents can keep a watch on their children’s behaviour. “Parents are advised to recognise the change in their kid’s behaviour that may point out depression or any other mental problem. By viewing child’s text messages, call logs, search history, school notebooks and communications via Facebook and WhatsApp,one can get the useful insight,” he wrote in his post.

Meanwhile, BJP MP Anurag Thakur expressed concern over the incident and appealed to both the youth and parents to ensure that everyone stays away from this deadly game and rather engage in sports to lead a healthy lifestyle. “Today’s teenagers live in a fast paced, virtual world which has both pros and cons. However, constant engagement and interaction between youth and parents is critical. It is must that there is open conversation between children and elders as it helps in addressing issues of any kind at the very nascent stage. This certainly will work towards fighting any kind of stigma and offer support to individuals in a timely and preventive manner,” said Thakur.

“I have always been an advocate of promoting sports amongst youth as it ensures that their energies remain channelised in the right direction and helps in personality development. Therefore, I urge all the parents to encourage their children to pursue sport of their choice, as that will go a long way in benefiting them, both mentally and physically,” he added.