The warning came on a day when a second BJP leader in Meghalaya quit the party over the central government’s notification. 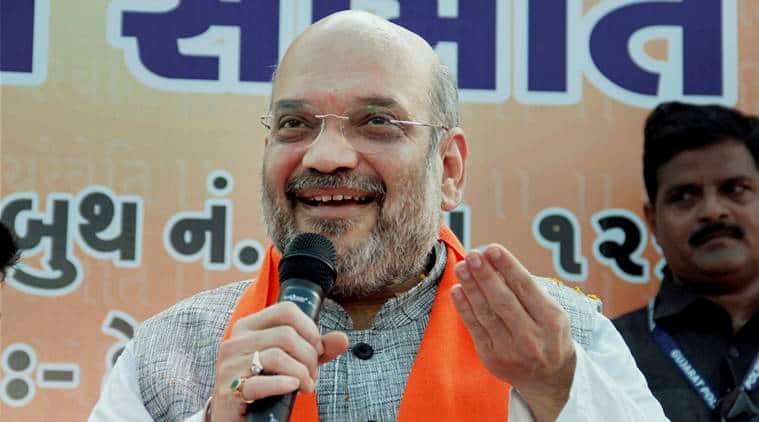 Ahead of BJP president Amit Shah’s visit to the North-East, several chiefs of the party state units Tuesday said the Centre’s notification banning trade of cattle in animal markets for slaughter could “harm” the BJP’s prospects in the region and damage its image as a national party. Chiefs of BJP units in Assam, Arunachal Pradesh, Meghalaya, Mizoram, Nagaland, Tripura and Sikkim told The Indian Express that the new restrictions should not be implemented in their states. While Assam BJP president Ranjeet Kumar Das said “this notification may have to be modified”, Visasolie Lhoungu, chief of the party in Nagaland, said: “It is a matter of concern for people in Nagaland. Such decisions will create a feeling that the BJP is against the culture of North-East.”

The warning came on a day when a second BJP leader in Meghalaya quit the party over the central government’s notification. BJP’s North Garo Hills district president Bachu Marak resigned Monday night, four days after West Garo Hills district president Bernard Marak exited the party for the same reason, saying he could not compromise on the sentiments of the Garos as beef consumption is part of their culture and tradition. “Imposition of BJP’s non-secular ideology on us is not acceptable,” Bachu Marak said. Amit Shah is expected to visit Arunachal Pradesh next week. The BJP has been making inroads in the North-East where it is in power in Assam, Arunachal Pradesh and Manipur. The party is expecting to win most of the 24 Lok Sabha seats from these seven states in 2019.

Although many in Sikkim are becoming vegetarians under the influence of the Dalai Lama, state BJP president Dal Bahadur Chauhan said no restriction that would affect dietary habits should be imposed. Arunachal Pradesh unit president Tapan Gao said the Centre could not be blamed for the notification as it was on the directions of the Supreme Court. But he said: “It’s not possible nor practical for Arunachal Pradesh to implement such rules. In a democratic country, governments have to respect people’s sentiments.” Meghalaya BJP president Shibun Lyngdoh, who described the resignation of his two district chiefs as “personal decisions as they could not continue in the party for other reasons”, said Opposition parties had been running a “propaganda” against the BJP. But he said: “Nothing can go against the wishes of the people. Ours is a secular Constitution and nothing can be done to hurt the sentiments or disturb the lives of any section of people.”

Assam’s Ranjeet Kumar Das said: “Although we revere cows, Hindus here also sacrifice buffaloes during Durga Puja. This ban will affect them too. Right now, we are busy with the elections to the autonomous hill councils. Once it is over, the party will discuss the matter and see how badly it affect the party’s prospects. We will convey our assessment to the central leadership.” Das said it is difficult for the BJP leadership in the North-East states to explain such an order to the people. J V Hluna, BJP state president in Mizoram, said party leaders in the state had, during Shah’s visit there, told him that people in the state would not be able to change their culture and traditions. “We told him we are Christians and we believe in the Bible. We will not be able to change our lifestyle. His response was ‘It’s up to you. You follow whatever you want.’ So I don’t think Mizoram will be asked to implement this notification.”

While Tripura state chief Biplab Kumar Deb said people in Tripura were secular and would not be able restrict dietary habits, Lhoungu said: “Such bans will create a feeling that BJP is against the culture of the North-East. BJP being a national party cannot impose such decisions. This notification has made people talk about ban on beef and other meats. This will harm our interests and prospects.”