BJP must take blame for shabby arrangement at PM’s rally in Bengal: TMC

A make-shift tent collapsed during Modi's rally in West Bengal's Midnapore district on June 16, following which the Centre sought a report from the West Bengal government. 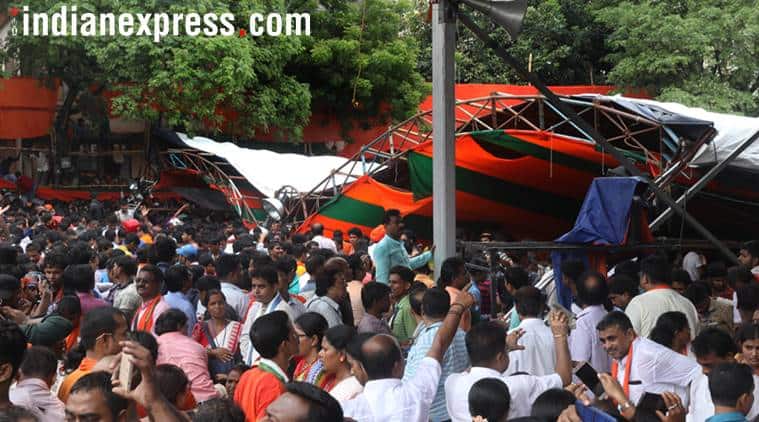 The BJP should take the blame for the “shabby arrangement” at Prime Minister Narendra Modi’s rally at Midnapore in West Bengal where 90 people were injured due to collapse of a canopy, TMC member Saugata Roy said in the Lok Sabha.

“The prime minister addressed the Kisan Kalyan rally in Midnapore. People were brought in from Jharkhand, Odisha. During the rally, a tent collapsed leaving 90 people injured, of which 50 were women. BJP had organised the rally. They must take blame for the shabby arrangement for the prime minister’s rally,” Ray said during Zero Hour.

A make-shift tent collapsed during Modi’s rally in West Bengal’s Midnapore district on June 16, following which the Centre sought a report from the West Bengal government.

The tent was erected next to the main entrance of the rally venue to shelter people from the rain and the incident happened when Modi was mid-way through his speech.