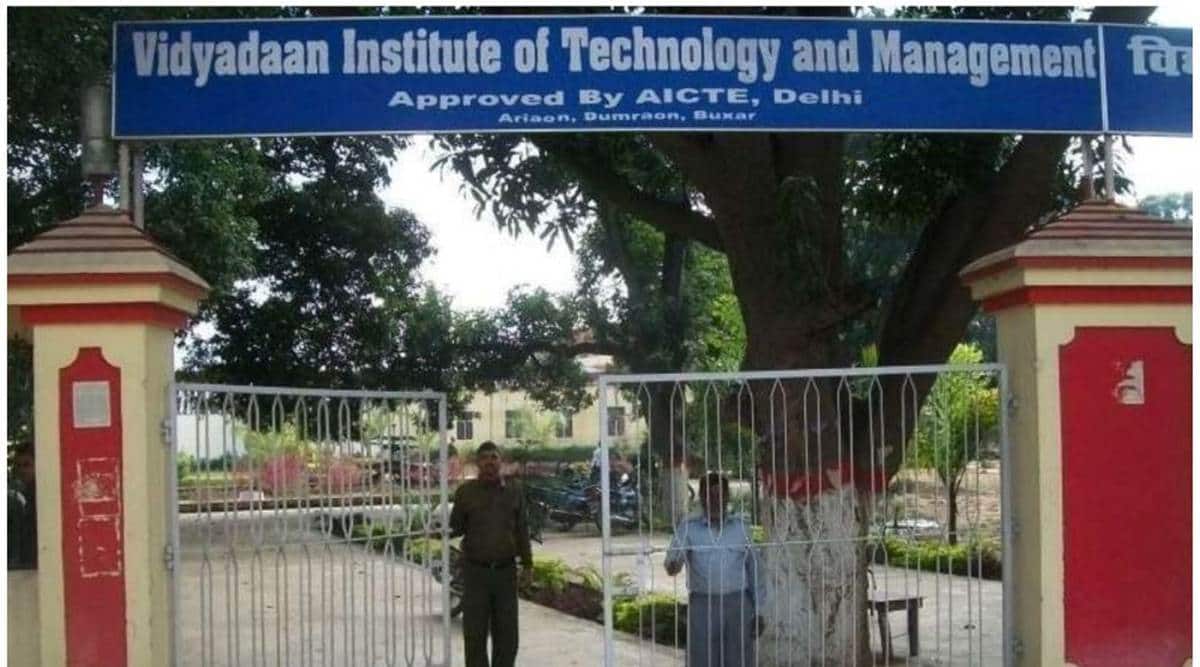 A PRIVATE engineering college in Buxar district of Bihar that was popular for the unique fee model it offered — five cows for a four-year BTech course — has been sealed for non-repayment of a bank loan.

When it opened, the institute, affiliated to Patna’s Aryabhatta Gyan University, created a stir in Ariaon and nearby villages for its ‘cows as fee’ option — two cows in the first year and one each in the three subsequent years of the B.Tech course — for those who couldn’t afford the annual fee of Rs 72,000 a year.

But now, the future of its over 300 students, most of them from villages nearby, is uncertain with the bank sealing the institute over a loan recovery amount of Rs 5.9 crore.

VITM promoter S K Singh told The Indian Express: “Some of us, including former DRDO scientists, doctors and chartered accounts, came up with the idea of opening this institute in my village. It is the only engineering college between Buxar and Varanasi. Our cow concept worked very well.”

According to S K Singh, who heads the Vidyadaan Society that runs the college, Bank of India’s Patna corporate branch gave the college an initial loan of Rs 4.65 crore in 2010 for infrastructure development. It subsequently sanctioned another loan of Rs 10 crore in 2011 but never disbursed the amount, said Singh. “We have duly deposited collateral security, which would be worth Rs 15 crore,” added Singh, alleging that the college is a “victim of under financing”.

“The top-up loan of Rs 10 crore was never disbursed to us, and our project ran into losses. Yet, we paid the EMI (on the initial loan amount of Rs 4.65 crore) till 2012 and some additional amount in 2013. Rather than looking into under-financing, the bank has started loan recovery and sealed the college. This has put a question mark on the career of hundreds of students who are enrolled with VITM,” said Singh.

Bank of India’s Deputy Zonal Manager in Patna, Rajendra Singh, told The Indian Express: “We deal with recovery of loan. We put VITM under lock as part of loan recovery.”

Ravindra Prasad, who was Sowan (Buxar) village branch manager until recently, said: “It cannot be called a case of under-financing. When we saw the project was not coming along on expected lines, the additional loan was not disbursed. The college could have approached another bank if they were not satisfied with the loan amount we agreed to disburse.”

So far, over 200 students have graduated from VITM. Around 20 of them are those whose parents paid cows as fees. At present, 29 students are yet to write their final papers.

Many of the college’s former students work with companies in India and abroad.

Vijendra Mishra’s is one such success story. A VITM graduate, Mishra is now the Lead Safety Officer at the IOCL refinery in Panipat. “I come from a family of farmers. I never thought I could be an engineer but when we heard that cows could be paid as fees, it gave me hope. Several talented students from villages nearby, who otherwise wouldn’t have been able to afford the fees of private colleges, have realised their dream of becoming engineers.”