Bihar Assembly Elections 2020 Dates, Schedule Highlights: The Election Commission said the polls will be held in less phases this year to minimise the movement of security personnel, to ensure their wellbeing as well as due to the Covid-19 pandemic. 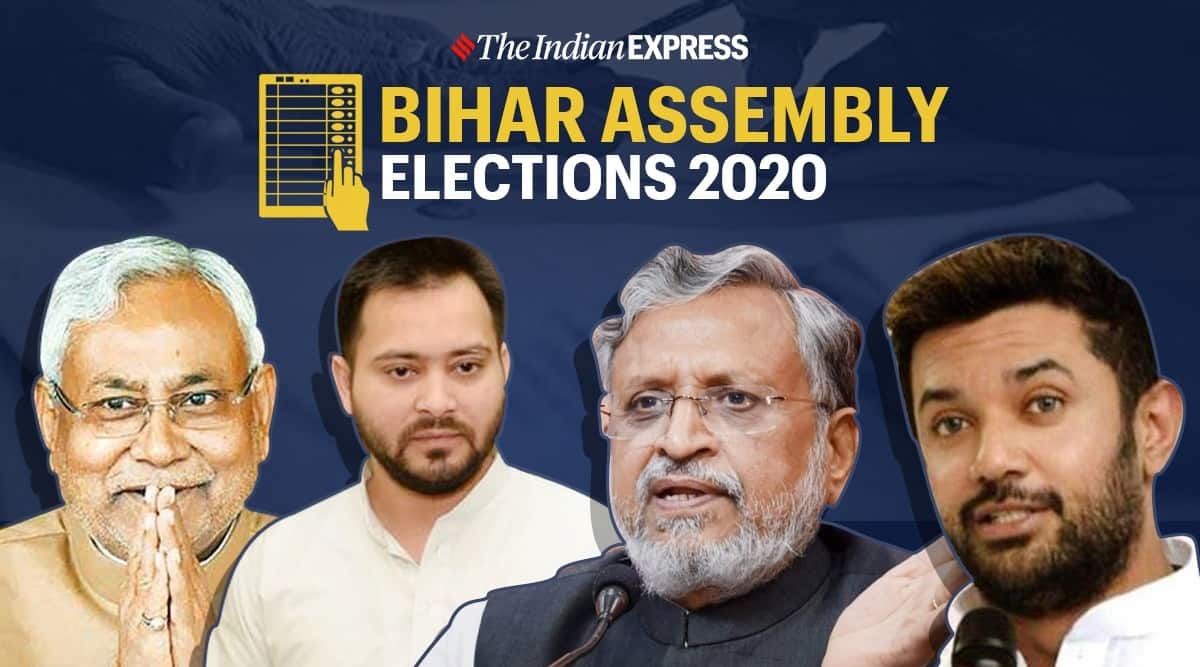 Bihar Assembly Elections 2020 Dates: The Bihar Legislative Assembly Elections 2020 will be held in three phases on October 28, November 3 and 7. The counting of votes and the results will be declared on November 10. The Election Commission said the polls will be held in less phases this year to minimise the movement of security personnel, to ensure their wellbeing as well as due to the Covid-19 pandemic. With this announcement, the Model Code of Conduct comes into force in the state. Bihar’s 243-member Assembly is set to expire on October 29, 2020.

“Elections entail large scale deployment of security forces. We have tried to minimise their movement over long distances. This is due to their fatigue as well as Covid-19. We have reduced the number of phases to three due to this,” said Chief Election Commissioner Sunil Arora while addressing the press in New Delhi.

Amid the pandemic, several measures have been taken for campaigning and polling to ensure safety of leaders and voters. Polling has been extended by one hour from 7 am to 6 pm. The last hour will be reserved for those with Covid-19 and who are quarantined.

Several countries have held elections amid the pandemic. However, CEC Arora said the Bihar polls are likely to be the largest elections conducted during the pandemic given there are with 72.9 million electors in the state.

Bihar Legislative Assembly Elections 2020 to be held in three phases on October 28, November 3 and 7; counting of votes and results on November 10, announces Election Commission. Check Highlights below

The Election Commission has announced a list of guidelines that will be followed during the Bihar elections to ensure safety from Covid-19. Here are some of the measures that will be taken: The Bihar Legislative Assembly Elections 2020 will be held in three phases on October 28, November 3 and 7. The counting of votes and the results will be declared on November 10.

"Elections entail large scale deployment of security forces. We have tried to minimise their movement over long distance," says CEC Arora. This is due to their fatigue as well as Covid-19, he added. "We have reduced the number of phases due to this," says Arora.

"Adverse use of social media has emerged a challenged in the recent times. Digital platforms are dealth with sternly. We would like to make it clear that anyone who makes mysterious use of social media for electoral purpose shall face the consequences under the law," says CEC Sunil Arora.

Election officials visited Bihar this month to see preparations for the Bihar elections. They reported the infrastructure is in place to hold elections to the state of Bihar, says CEC Sunil Arora. He also says all polling stations will be located on the ground floor to ensure comfortable experience of persons with disabilities.

Bihar polls: Election meetings to be monitored by election and health officials

All elections meetings will be monitored by election and health officials. Public gatherings can take place following social distancing norms. The District Election Officers will decide on the number of people allowed in such gatherings, says CEC Sunil Arora.

Nomination form for Bihar Assembly Elections is now available online, apart from offline. Security money can also be transferred in online mode, says CEC Sunil Arora. The number of people who will accompany the candidate to file nomination papers is restricted to two people. For campaigning, door-to-door campaigning limit is three persons; convoys will be restricted to five cars.

Apart from postal facility, those with Covid-19 who are quarantined can vote in the last hour of voting. Polling time has been increased by one hour, and will not be held from 7 am to 6 pm.

Postal ballots has been extended to people above the age of 80 years. Whereever required and asked for, the facility will be extended. Further, voters with disabilities, and who are suffering with Covid-19, will be taken care of, says CEC Sunil Arora.

The total electors in Bihar in 2015 was 67 million. The number has increased to 72 million, says CEC Sunil Arora.

CEC Sunil Arora says, "We are all aware that the term of Assembly in Bihar is expiring on November 29. Bihar Assembly holds a strength of 243 members of which 38 seats are reserved for SCs and two for STs."

The EC has revisted the instructions for holding elections due to Covid-19. The first major step that was taken to reduce the number of electors at each polling station. This has reduced from 1,500 to 1,000, says CEC Arora. This means, more than a lakh polling stations, up from 65,337 in 2015.

The CEC is now announcing election dates for Bihar, the largest state in India with 72.9 million electors in the state. CEC Arora reiterates this is the biggest election in the world amid Covid-19.

As many as 70 countries have postponed elections, says CEC Sunil Arora

CEC Arora says, "As the pandemic spread across the world, all election officials first thought it was needed to postpone elections and hold them in a more condusive environment. More than 70 countries postponed their elections. However, as days passed, many countries took the courageous decisions to go ahead with their election schedules with safety norms."

Chief Election Commission Sunil Arora is addressing the press along with Election Commissioners Rajiv Kumar and Sushil Kumar. Stay tuned, the dates are about to be announced. "The world has changed significantly, and certainly not for the better. The uncertainty and devastation caused by Covid-19 has changed the way we live and work. It has forced a new normal," says Arora.

Due to the pandemic, the EC has restricted campaigning to three people for door-to-door visits, allowed only five cars (instead of 10) in a candidate's convoy for roadshows and said only two people will accompany the candidate to file her nomination papers. Further, it has limited the number of people who can vote at one polling station to 1,000, down from 1,500. Temperature checks, masks and social distancing will be compulsory on the day of voting.

Explained: What the EC has said on voting during the Covid-19 pandemic

Ahead of the elections, the Rashtriya Janata Dal (RJD) — which leads the opposition alliance in Bihar — had said the imposition of so many "barriers" may impact "wholesome participation of voters" in the "festival of democracy".

RJD leader and Rajya Sabha MP Manoj Kumar Jha had told The Indian Express, "What if you end up having 30 per cent voting? My worry is that. We all love to call it the festival of democracy. But would we enjoy a festival if there are so many barriers, so many don’ts? There are less dos and more don’ts in this (guidelines) and that will impact the wholesome participation of voters."

The Congress, meanwhile, had said the EC's guidelines for campaigning and voting "fall far short" for the smooth conduct of elections in "free, non-partisan and fair fashion" without giving undue advantage to the ruling party.

On the NDA alliance, sources told The Indian Express the Janata Dal (United) wanted to contest 115 seats while leaving 128 seats for the BJP, which should accommodate the Lok Janshakti Party (LJP) from its quota. "Let the BJP accommodate LJP and we will take care of Jitan Ram Manjhi’s Hindustani Awam Morcha (Secular) from our share," a JD(U) source said.