Bharat bandh: The two-day strike, which began today, was called by trade unions to protest policies for workers adopted by the Centre.

Bharat bandh in Bengaluru, Mumbai: During the protest called by trade union at Azad Maidan in Mumbai on Tuesday (Express Photo: Nirmal Harindran)

In Mumbai, the Bharat bandh coincides with a strike being held by Brihanmumbai Electric Supply and Transport (BEST) employees. Some 3,200 buses remained non-operational across Mumbai, Thane and Navi Mumbai today. The two-day Bharat bandh, which began today, was called by trade unions to protest policies for workers adopted by the Centre.

Stills from workers'protest in Karnataka

General Strike received good response in all sectors of Karnataka. In most Districts workers protest rallies were taken out in which thousands of workers participated. Here are some glimpses of Jan 8 Strike in Karnataka pic.twitter.com/QQMWOoSF7K

Stills from workers' strike in Mumbai 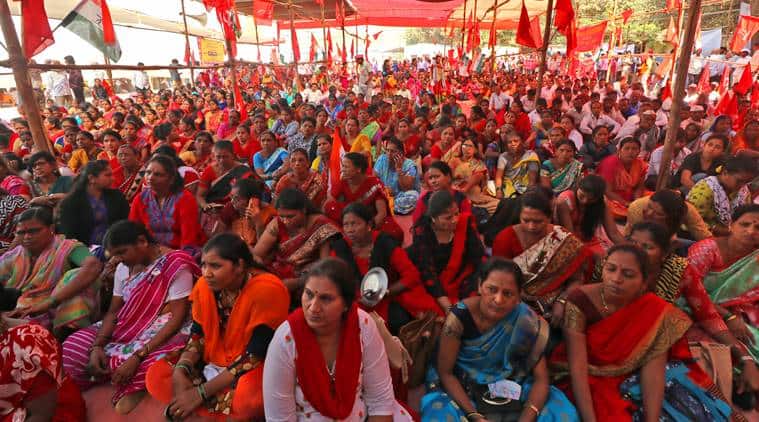 Stills from protest in Mumbai 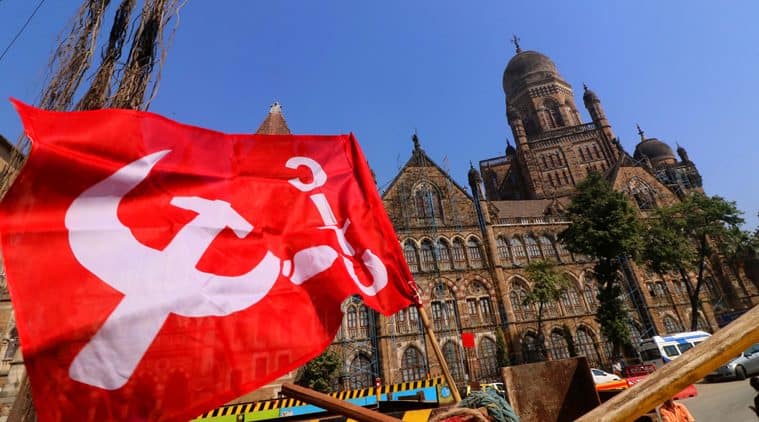 Workers demands include 18,000 minimum wage, pension, social security and among others.

Thousands are on streets in Bangalore to participate in the All India Strike. The demands include that of 18,000 minimum wage, pension, social security and others. pic.twitter.com/9WX58FCjvp

Requesting all my @MumbaiNCP party cadre to help #Mumbaikars by giving them a ride in their vehicles in the best possible way today. We should try and ease the problems they are facing due to the #BESTStrike.@NCPspeaks @PTI_News

#WorkersStrike Photos from Dahanu tehsil of Palghar district by over 5,000 people led by the CITU pic.twitter.com/ZoX3TdNcx7

Mumbai: Bus services affected at the CSMT due to the indefinite strike by BEST

Bus services affected at the CSMT due to the indefinite strike by BEST.

Mumbai: Bus services affected at the CSMT due to the indefinite strike by BEST(Brihanmumbai Electricity Supply&Transport) over demands of implementation of the merger of the BEST budget with principal budget of the BMC, employee service residences etc. pic.twitter.com/SXlTfiZDeB

Trade unions have staging a two-day strike across the country to protest the policies for workers adopted by the Centre. The Bharat bandh began on the intervening night of Monday and Tuesday. The trade unions have the support of almost all major independent federations of central employees, state employees and the employees of banks, insurance, telecom, and other service sectors.

Besides traders, farmers from the All India Kisan Sabha and Bhumi Adhikar Andolan will also join the agitation.

AIKS and Bhumi Adhikar Andolan will observe ‘gramin hartal’, rail roko and road roko on January 8 and 9. The farmers are protesting the Modi government’s failure to address the agrarian crisis and save farmers’ lands from corporates.

The central trade unions have accused the government of ignoring its demands on minimum wage, universal social security, workers’ status, including pay and better facilities, and guard against privatisation of public and government sectors.