Kuldip Nayar was much more than just a newsperson. He was an author of many bestsellers, champion for civil liberties and freedom of speech, an untiring activist for peace between India and Pakistan and conscience keeper of the nation. 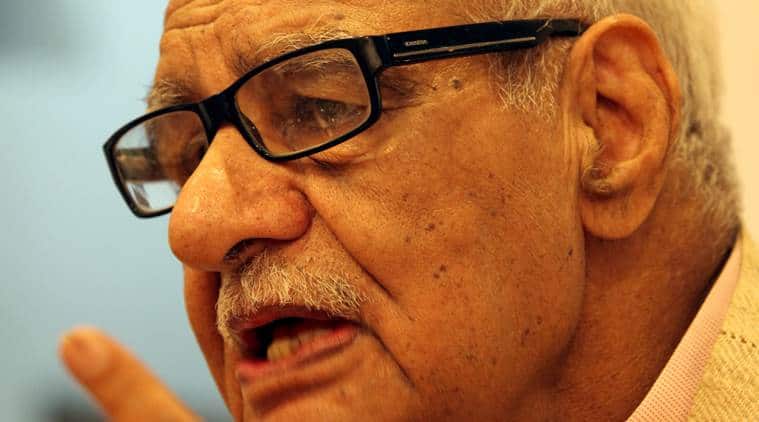 Kuldip Nayar was an author of many bestsellers, champion for civil liberties and freedom of speech and an untiring activist for peace between India and Pakistan. (Express Photo)

Kuldip Nayar wore so many hats in his eventful life that the tired old cliché, ‘a doyen of Indian journalism’, does not really fit. As a newsman, he scooped some of the biggest breaks in political journalism in his time and gained a reputation for chronicling political events in the country over half a century, providing extraordinary insight and insider information in his popular column, appropriately called ‘Between the Lines’.

But Nayar was much more than just a newsperson. He was an author of many bestsellers, champion for civil liberties and freedom of speech, an untiring activist for peace between India and Pakistan and conscience keeper of the nation.

Even governments not in tune with his views often turned to him for advice on relations with Pakistan since he remained in close touch with politicians, the intelligentsia media and people of Pakistan, many of whom he knew intimately. He was on the bus when then Prime Minister, Atal Bihari Vajpayee, rode in the historic inaugural journey between Amritsar and Lahore in 1999. His stature earned him recognition in the form of numerous honours and awards, including a nomination to Rajya Sabha, the prestigious post of High Commissioner to the UK and member on several commissions and committees.

Also read | Kuldip Nayar on Emergency: If I were to explain this failing to the Indians of today or tomorrow, I would say that we faltered as a nation 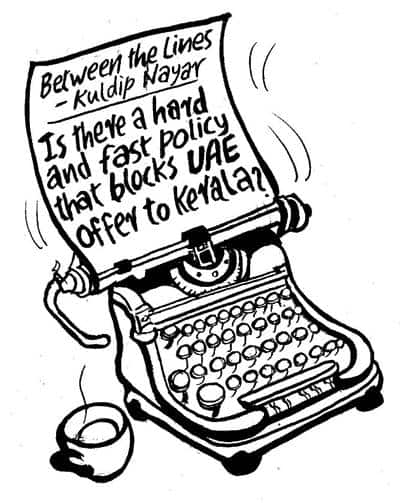 Unlike some of his contemporaries in the media, Nayar never retired. He continued his flourishing syndicated column, translated into practically every major regional language and distributed in dozens of newspapers, not just in India but also in Pakistan, Bangladesh and the Middle East.

He was my editor and mentor at The Indian Express and he kept in regular touch with not just with me but numerous former colleagues. Less than a month ago, he chided me that I had of late been lax in arranging our regular get-togethers with the old Express hands at the India International Centre. The lunch was fixed for later in the month, but alas, he broke the appointment. He took ill with chest congestion a few days ago and passed away, at age 95, in hospital Wednesday night.

Some of my most vivid recollections of him are from the Emergency. When censorship was introduced by Indira Gandhi and we reporters at The Indian Express were still in a state of shock and inertia, Nayar called us to his office to give us a pep talk. He advised us that even if we could not write about the unfolding events in Delhi because of the blanket censorship, we should privately keep a daily diary for posterity. It was invaluable advice which, unfortunately, none of us followed.

Within a few days of the Emergency, he courageously called a meeting of Delhi journalists to protest against censorship and the arrest of two editors. The memorandum to Mrs Gandhi was signed by some 100 journalists, largely from The Indian Express and the Hindustan Times. When V C Shukla, then Information and Broadcasting Minister, demanded he hand over the list of signatories, Nayar refused.

Also read | ‘Injustice still hurts me, as it did 70 years ago’

A few days later, Nayar was arrested under the dreaded MISA and sent to Tihar jail. He was released shortly afterwards when the government learnt that the Delhi High Court was planning to rule in his favour, striking down the MISA provision that barred a detainee from seeking relief from the courts. Justice Rangarajan, however, ruled in Nayar’s favour despite the government arguing that the case had become infructuous since he had already been released. Incidentally, while he was in jail, he met his father-in-law Bhim Sen Sachar, a well-known Gandhian who had been imprisoned for also petitioning against the imposition of the Emergency.

Nayar had a way with people, never pulled rank and acquired legendary contacts, from peons in government offices to top ministers. Consequentially, he had many spectacular scoops to his credit. Reporting for the United News of India (UNI) from Tashkent, he was the first to get the news of Prime Minister Lal Bahadur Shastri’s death while his rivals were at a party celebrating the declaration of the Tashkent agreement between India and Pakistan. Getting hold of a government telephone line, the enterprising Nayar managed to convey the news to his office and convince the sleepy sub-editor on duty that this was no hoax. UNI released the news past midnight and many newspapers stopped their presses to publish the report.

Express Opinion | Kuldip Nayar’s appetite for news and politics, mentoring of younger journalists will be remembered 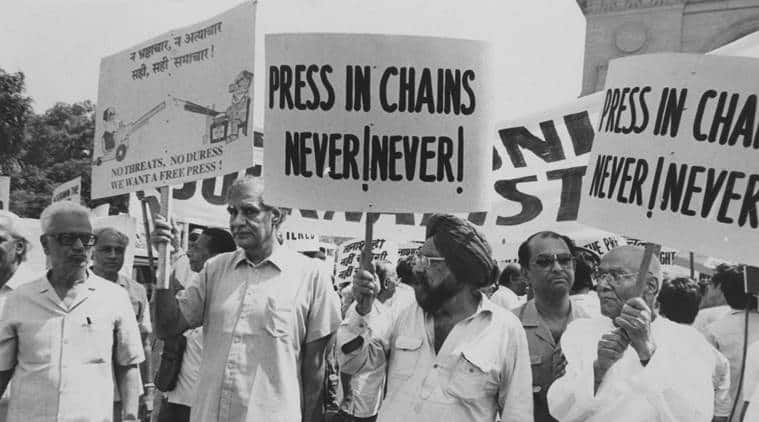 On January 16, 1977, Nayar put out a report which rocked India. He declared that Mrs Gandhi was going to declare elections in March that year, although Emergency was still in place and people feared that there was no early end in sight. Nayar realised that his neck was on the line and so was the future of The Indian Express, if the report proved untrue. But Express owner Ram Nath Goenka courageously gave him the go-ahead. A decade later, Nayar was the first to report, after an interview with Pakistan’s A Q Khan, that Pakistan had acquired the knowhow for a nuclear bomb.

Ironically, the man who made history as a journalist had in fact envisaged a career in law. Nayar studied at the Law School in Lahore where Khushwant Singh was one of his teachers. But when Partition came, Nayar and his family were forced to flee their home in Sialkot. He reached Delhi as an impecunious refugee who had to build a new life for himself. He first joined an Urdu newspaper and later the Indian Information Service. He studied for his Master’s degree in journalism at North Western University, USA, and moved on to English journalism. He had the privilege of working as information officer for both Lal Bahadur Shastri and Govind Ballabh Pant, when they were Home Ministers. His work with the two ministers brought him into close contact with all big names in the Congress party of that era.

Express Editorial | Kuldip Nayar will be missed in ‘The Indian Express’ newsroom, which he helmed at independent India’s darkest hour

After his stint with the government, Nayar was invited to head the struggling UNI wire service which had been completely overshadowed by the Press Trust of India (PTI). Later, he moved to the Statesman as Resident Editor, where he began his celebrated column ‘Between the Lines’. Shortly afterwards, Ram Nath Goenka, owner of The Indian Express, hired the fabled newsgetter to start the Express News Service. Despite the plaudits he earned for building the most active and informed news network in the country, he decided to leave when he felt he was not in tune with a new editorial appointment. He used to joke that Goenka, by forcing his hand, had done him a huge favour because he then pioneered the concept of syndicating his column and news stories all over the country. The reach of his syndicate was phenomenal. He made far more money on his own than he could have ever dreamed while working for a newspaper.

Nayar believed fervently in mending ties with Pakistan, no matter what the provocation from hardliners on both sides of the border. He realised his nostalgia and sentimental attachment to the region he grew up in was increasingly out of sync with a younger generation of Indians. Once he narrated to me laughingly that when he asked his grandson what he thought of the film ‘Border’, his grandson replied jocularly, “You won’t like it, it’s pro-India.’’ He never gave up hope for peace in the neighbourhood and continued with his symbolic candle light vigils on the border on the eve of Independence Day with like-minded people from the other side, even if the number of marchers kept diminishing.

Kerala floods: UAE says nothing official yet, no amount of financial aid announced