The teachers under Shaheed Kiranjit Kaur EGS Union are demanding regularisation of their jobs and permanent recruitment as ETT primary teachers. 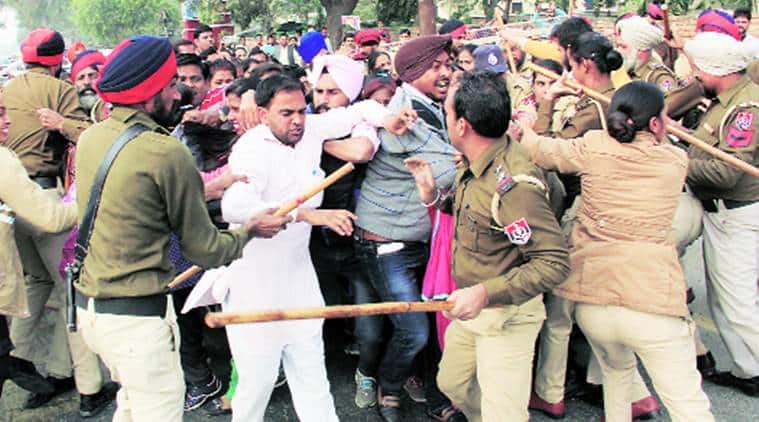 One teacher was injured after police resorted to mild lathicharge on protesting Employment Guarantee Scheme (EGS) teachers in Bathinda Saturday. The injured Sudhir Kumar was rushed to a hospital. The teachers under Shaheed Kiranjit Kaur EGS Union are demanding regularisation of their jobs and permanent recruitment as ETT primary teachers.

They were marching towards Mansa Road flyover when the police stopped them near police lines and resorted to lathi charge. The teachers also blocked traffic. The protest ended after district administration authorities promised a meeting with CM on Sunday.

Bathinda SSP Swapan Sharma said that police did not do any lathicharge but only took necessary steps to control law and order situation. He said action was taken because teachers blocked traffic causing inconvenience to the commuters.

Later, the district administration authorities offered a meeting of the workers with the chief minister. The teachers, however, rejected the offer saying that too many such meetings had taken place in the past without any fruitful result.

Spokesperson of SSA/RMSA Teachers’ Union Ankush said, “We rejected the meeting and demanded that notification be issued stating that all contractual employees have been regularised.”