Banking sector not in good shape, needs to be overhauled: Manmohan Singh

Manmohan Singh said that the government must give “firm indication that wrongdoers will not be allowed to get away”. 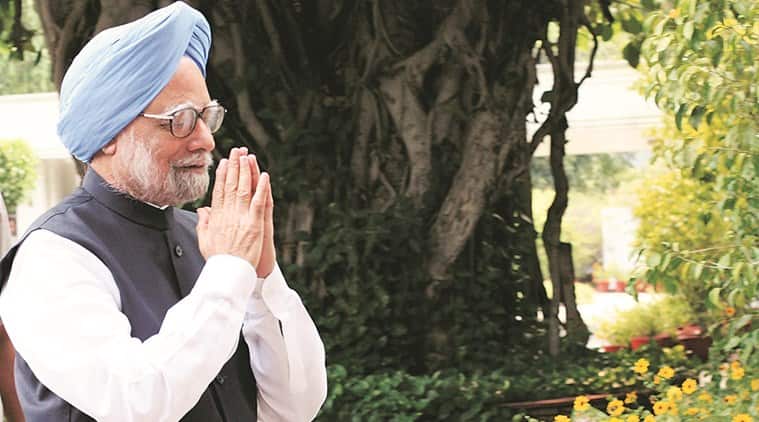 “Minorities and Dalits and women in our country are increasingly feeling insecure, and that is not something our country can or should tolerate,” Manmohan Singh said.

Calling for an overhaul of the country’s banking sector, following the multi-crore PNB scam, former prime minister Manmohan Singh said that the government must give “firm indication that wrongdoers will not be allowed to get away”.

Excerpts from an exclusive interview with The Indian Express:

The gruesome rape and murder of an 8-year-old child in Kathua, the rape of a teenager in Unnao and the brutal violation of a child in Surat. Your reaction?

These three events must have shocked the conscience of our nation. That such events can take place in independent India is a sad reflection on our administrative and political system, and I sincerely hope that all our people will unite to create an environment in which such things don’t take place at all in the future. But it is equally important that those who have committed these horrible crimes must be brought to book as soon as possible.

You must have read how some lawyers in Kathua and two BJP ministers in the J&K government prevented police from doing their job.

It is shocking that intellectuals belonging to the legal fraternity can be so oblivious to the harsh reality which led to the death of this eight-year-old child. That two ministers of the government were also party to fanning communal tensions is also disgraceful.

The two BJP ministers have resigned. Why do you think they did this?

What do you think of that?

It is a sad commentary on our system. That someone would actively collude in preventing justice and give a communal dimension to this horrible crime. As the father of the young child said, ‘She did not know who is Hindu and who is Muslim, what is her left or right hand’. That itself is a sad commentary on what is happening in our country.

Do you think J&K Chief Minister Mehbooba Mufti has handled this well?

She could have handled this more seriously. She could have taken matters into her hands right in the beginning and taken a firm stand. After all, she is heading a coalition government. Therefore, it is to be expected that as the leader of the coalition she will exercise her authority to bring the guilty to book without any loss of any time.

You feel she didn’t live up to coalition dharma?

That would appear to be so.

Perhaps, there are pressures on her from her coalition partner.

Well, there are bound to be pressures, although I don’t have any direct knowledge of that. Obviously in a coalition there is give and take, but if it is carried to such an extent that you can condone the sad demise of an eight-year-old girl having been raped and kept for a week in a temple is the most shocking thing.

Last week, Prime Minister Narendra Modi spoke up and said that the daughters of India must get justice and this crime will not go unpunished.

I am glad that he did speak up. But I wish that he had done so earlier. It would have sent the right sort of signals to his partymen and to his coalition partners in Jammu & Kashmir.

The fact that he did not speak up earlier, what did that do?

I think that gave people leeway to think they can get away without taking the needed, stern action in this case. I do feel that those in authority must speak up in time so as to give a lead to their followers.

The BJP, when you were prime minister, also accused you of not speaking up many times…

But certainly in Nirbhaya’s case we did speak up, we took necessary action, we amended the laws, we set up a commission under Justice Verma. The young girl died in Singapore, her body was brought home at midnight, and I and Sonia ji both were present at the airport to receive the body. We did act when we got to know all the facts of the case.

Do you feel the BJP government, the coalition in J&K is doing enough on this?

I wouldn’t like to find fault with anyone without detailed knowledge, but obviously the fact that action was not taken for so long is itself a sad reflection on people in authority.

When the BJP calls you, or called you, at the time ‘Maun-Mohan Singh’, what did you feel?

I have lived with those sorts of comments for a long time.

There are a lot of comments, especially on social media, similarly exhorting the Prime Minister to speak up.

There is also a lot of anger and outrage about the lynching of Muslims these last few years.

I have said in Chandigarh last week that minorities and Dalits and women in our country are increasingly feeling insecure, and that is not something our country can or should tolerate.

Why do you think it’s happening?

Some people are misusing the authority of government. They think they can get away with it. The lynching of Muslims is another sad example of the way this country is moving.

Can the government do more?

Do you think that these BJP state governments are turning a blind eye to these matters?

It would appear at least in some states, like in Rajasthan and in Madhya Pradesh. These incidents would not happen if the governments acted on time.

Separately, there are lots of scams taking place in the banking sector…

The banking sector is not in good shape. It is not the problem of the public sector alone. Now the second largest private sector bank has also got involved in this mess. Obviously I think this is a reflection that the banking sector needs to be overhauled. It takes time, of course, but there must be a firm indication that wrong-doers will not be allowed to get away with it.

The Budget session in Parliament was washed away…

It is primarily the duty of the government to ensure that Parliament is allowed to function and normal work is taken care of. But where the government doesn’t take care of legislative issues or Budget matters is a sad commentary of the way the government has managed Parliament.