Uttar Pradesh Sunni Central Waqf Board chairman Zufar Farooqui said the board, one of the main litigants in the case, would not file a review petition. 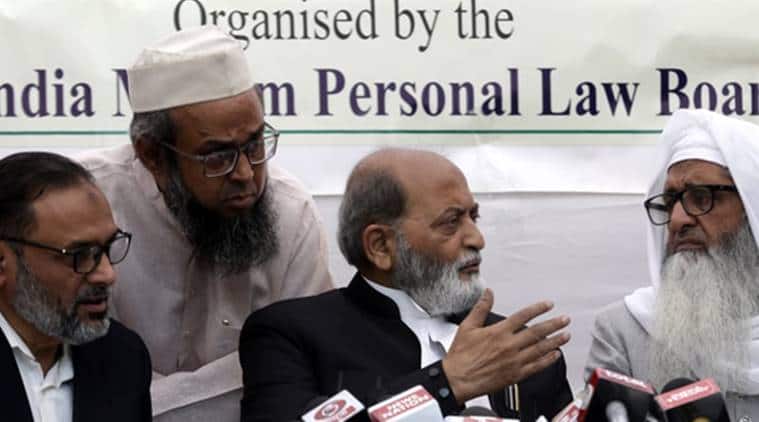 AS THE All India Muslim Personal Law Board (AIMPLB) contemplates a review of the Supreme Court verdict on Ayodhya and whether to accept the five acres offered for a mosque in lieu of the disputed plot, there were differing voices within the community on the way forward.

Uttar Pradesh Sunni Central Waqf Board chairman Zufar Farooqui said the board, one of the main litigants in the case, would not file a review petition. “The board will not go in for any review of the apex court’s order or file any curative petition,” Farooqui said at a press conference in Lucknow, adding that “it would not look good” if any of the Muslim litigants do not accept the verdict.

The Indian Union Muslim League (IUML), which had split in 1992 over a “moderate” stand on the issue, also said it respected the judgment.

The AIMPLB, however, expressed “grave dissatisfaction”, calling the verdict “neither equity nor justice”. On an alternative plot for a masjid in Ayodhya, its counsel Zafaryab Jilani said, “You cannot exchange land for a mosque.” Another AIMPLB member, AIMIM MP Asaduddin Owaisi, said the offer of five acres should be rejected, while regretting the victory of “faith over facts”.

There was palpable disappointment among AIMPLB office-bearers and leaders of various Muslim organisations. “The court has exercised extraordinary powers to confer the title (to the Hindu side)… This is questionable… There are some parts of the judgment with serious implications for the secular fabric of the country. We hope no mosque will be touched in the future,” Advocate M R Shamsad said, speaking on behalf of the AIMPLB, while adding, “We have always said we will abide by the judgment of the court. We regret that the other side never said that.”

Replying to a question on the offer of five acres, Jilani said, “You cannot exchange land for mosque, it was not about land but about a mosque… This is neither equity nor justice.” Appealing to all to “maintain peace”, he added, “This is not somebody’s defeat or victory, we will adopt whatever legal course is possible.”

AIMPLB member Kamal Farooqui said, “It was never about land. They can take 100 acres from us if they want.”

Owaisi said, “In my personal opinion we should reject the five-acre land because this is a legal fight. As former CJI Justice Verma said, the SC is supreme, not infallible. This country is becoming a Hindu Rashtra.” He added that he feared that this “victory of faith over facts” would ignite dispute over other mosques too.

The Sunni Central Waqf Board was non-committal on the alternative land. “It was not our demand that we want five acres. Since it has been granted, we respect the decision of the court. We will soon have a board meeting on this,” Farooqui said, adding that Owaisi’s stand was his personal view.

Given the verdict, the AIMPLB is also undecided over a review. A visibly disheartened member of the board’s legal team said, “Is there really any point asking for review of a unanimous judgment?”

Jilani said, “Article 142 does not allow you to do this… We have a right to disagree but will never say there was any pressure on the court. Anybody may make a mistake. The SC has reviewed its judgment in many cases, if working commitee decides, we will file a review.”

In a statement issued in Malappuram, Kerala, saying it respected the verdict, IUML president Panakkad Sayed Hyderali Shihab Thangal said, “There should not be any tension or provocation.” The party, which is an ally of the Congress at the Centre as well as in Kerala, will hold a meeting in Monday to discuss the verdict.

Accepting the verdict, the Shahi Imam of the Jama Masjid in Delhi, Syed Ahmed Bukhari, said the matter should not be stretched further. “Muslims of India want peace. Before the court’s order, all Muslims had said they would accept the order, whatever it be,” the Imam said.

Even as he appealed to the community to maintain peace, Navaid Hamid, the president of All India Muslim Majlis-e-Mushawarat, described as a “joke” the order to allot five acres for a mosque. “The government took 67 acres Muslim land and we are now being given five acres that we never demanded. Why should we take this consolation prize?… The judgment sets a dangerous precedent because it is not the duty of the government under our secular Constitution to involve itself with the construction of a temple or a mosque.”

Jamiat Ulama-i-Hind president Arshad Madani said Muslims should not be disappointed, and must trust Allah. “We did what we could, at our level best,” he said.

Syed Sadatullah Hussaini, president of the Jamaat-e-Islami Hind, said that while some points of the judgment “are very important as they strengthen the Constitution of India and will help in maintaining law and order”, they disagreed with many others, “especially the conclusion”.

Shia cleric and AIMPLB senior vice-president Kalbe Sadiq said, “Everyone had said we will accept whatever the verdict is… We should now see what the future holds. Muslims should focus on issues like education. What has happened has happened.”

The Ram temple struggle is over, let’s hope for harmony for all now